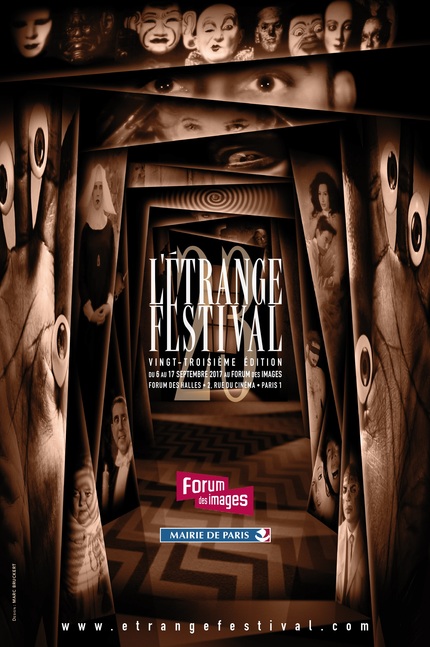 L'Etrange Festival kicked off this past Wednesday in Paris and will continue on until September 17th. The festival's opening credits have been made available for everyone to have a look at. Familiar names appear through the digital mashup. What fun.

Can Evrenol's Housewife just had its world premiere there and received acclalim from French director Xavier Gens. Word from the festival is that Gens found Housewife to be a "a very crazy affair" and later posted on Facebook, "And amazing actress too ! Bravo Clementine Poidatz you rock ! Not an easy part and you embrace it at 1000%. Make me think to Charlotte Gainsbourg in Antichrist. It's a perfect mix of influence from Argento to Von Trier. Bravo!"

Still to appear at the festival are fllms like Euthanizer and its European Premiere, The Killing of a Sacred Deer, Mayhem, Bitch and Kodoku: Meatball Machine.