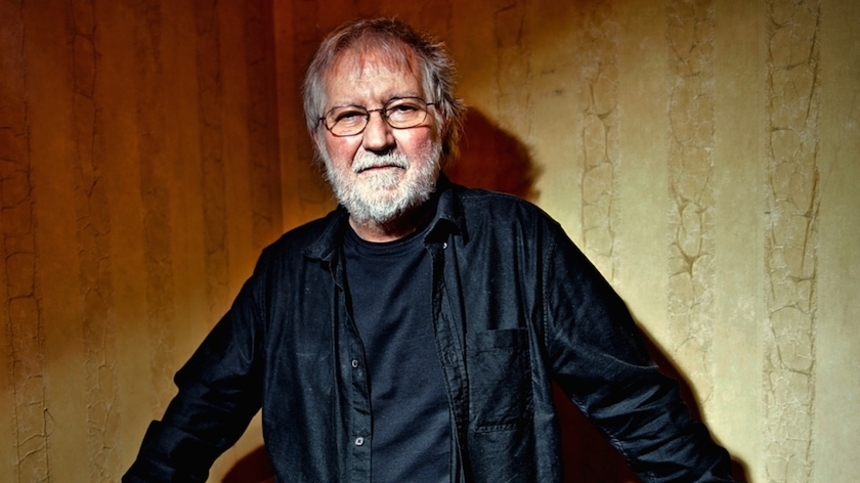 “To know Tobe was to love him.” — Mick Garris

This past weekend, the horror film world was shaken by the death of Tobe Hooper, a director who forever changed cinema with the unequaled, still-terrifying The Texas Chain Saw Massacre. (You can read our own Peter Martin’s write-up of the news and Hooper’s substantial career here.)

I was able to speak with some of his collaborators, who are quoted in this post. Other celebrated filmmakers and actors also shared their memories on social media channels, some of which I’ve collected (also below). In every case, a palpable sadness is inherent in these statements — sadness that’s lingered over the horror film community since Hooper’s passing.

Some are genuinely distraught; it’s a testament to not only the output of Hooper’s filmography, but his personality and interactions with those who’ve met or worked with him. It’s these memories that have lasting effects. Those who were lucky enough to have been able to meet Hooper will always carry their memories in their hearts — the most beautiful epitaph there is.

“Sorry to hear Tobe Hooper passed. He did a terrific job directing the Salem’s Lot miniseries, back in the day. He will be missed. — Stephen King, via Twitter

“Someday, Lifeforce’s mad iconoclasm will be truly appreciated. So long, Tobe. I hope you find more sympathetic financiers on the other side.” — Joe Dante, via Twitter

“One of the kindest souls I’ve ever known, and a wicked sense of humor.” — Tom Holland, via Twitter

“RIP Tobe Hooper. The Texas Chainsaw Massacre is the best and scariest horror movie of all time.” — Barbara Crampton, via Twitter

“It was clear to me from the beginning that Toby had a vision, and he fought hard to get it on the screen. Against all odds, he assembled and led a relatively inexperienced group of young filmmakers to create a true classic. I am forever indebted to him for the opportunity he gave me when I was only twenty-three years old. I will always remember his insistence we shoot the now well-known dolly under the swing.” — Daniel Pearl, ASC

“Tobe Hooper made one of the most influential horror films of all time. Known for horror, but a consummate storyteller, he was a kind, gentle man and a friend. I will miss him terribly.” — John Carpenter, via Facebook

“Tobe Hooper was a maverick, a rebel, and a gentle, kind soul. An unlikely combination and a great loss. He changed genre films forever.” — Guillermo del Toro, via Twitter

“Tobe Hopper, a kind, warm-hearted man who made the most terrifying film ever. A good friend I will never forget.” — William Friedkin via Twitter

“The chainsaw is now quiet, but it will forever be heard. RIP Tobe Hooper.” — Clive Barker, via Facebook

“Tobe Hooper was a dear friend. He would always get me laughing when he delivered an unexpected punch line in that deep baritone Texas voice. I first saw his Texas Chainsaw Massacre in a second-run grindhouse with about five or 6=six other audience members. I didn't know any of them. But after that meat hook scene, we strangers bonded and nervously talked to one another and laughed together as Tobe's seminal horror film unfolded. He was a gentle soul, a kind man and a horror legend. I will sincerely miss him.

One more thing. At Mick Garris's Masters of Horror dinners (gatherings of horror directors) ... after over a decade, only one director ever had his birthday celebrated at one of these dinners with a cake, presents, and everything. Of course, it was Tobe. Not only was he loved and respected by his fans, but also by his filmmaking colleagues.” — Don Coscarelli, via Facebook

“When I first visited Los Angeles as a bright-eyed twenty year old, I was invited to a film set for a day to see ‘a real Hollywood production’ (OMGZ!!!). I was dropped off at the now demolished Ambassador Hotel (one of the creepiest locations I'd ever seen) and just about had a fanboy aneurysm when I found it was The Toolbox Murders remake directed by Tobe (and written by now dear friends Jace Anderson and Adam Gierasch). Within five minutes, I was the happiest grip who ever lived and was ready to fall on the sword and bleed for this show. Took every opportunity to get near Tobe and see him work.

A few hours into the shoot, another crew came in and started asking for me. It turns out, I was on the wrong set! When they asked me to come with them, I said "No thanks! I'd rather stay on the Tobe Hooper movie!" and worked out the rest of the day, while everyone on the production cracked jokes about the kid who wasn't supposed to be there. After the wrap, I ended up riding the elevator down with Tobe who was super congratulatory about my first day in L.A. and hung around for twenty minutes after just to chat with me. That meant the whole fucking world and right then and there, I vowed to move to Los Angeles.

So thanks, Tobe...not only for scaring the shit out of me, but for giving a young wannabe filmmaker some wonderful inspiration.” — filmmaker Andrew Kasch

“As with many films that are now legitimate classics, it and Tobe have inspired and influenced countless filmmakers, myself included. But few, if any, have ever captured what Tobe, his cast, and crew did during that summer in the 70's. Many of us have chased this savage dragon, trying to capture its essence in our own work, but everyone has come up short.

Over the years, I was extremely fortunate to meet with, and talk to Tobe. I wasn't a friend, but he was so warm, kind, and encouraging, he made you feel like one.

I got to see him direct one night on his remake of The Toolbox Murders, and he was running around like a kid, like it was his first movie. His energy was infectious and amazing.

Salem's Lot, The Funhouse, Lifeforce, Texas Chainsaw 2, his Masters of Horror episodes, and yes, Poltergeist, to name but a few, still thrill and entertainment to this day.

Thank you Tobe, for all the wisdom that you shared with all the filmmakers around the world. Thank you for being a true maverick, of never playing it safe, and bringing us along your dark journeys into the worlds of madness.

My deepest condolences to his family, friends, colleagues, and fans like myself.” — filmmaker Dave Parker

“Sad to hear about the passing of Tobe Hooper, a legend in the horror genre, and the man who gave me my first big (and all-time favorite) Hollywood job as Choptop in The Texas Chainsaw Massacre 2. I remember the day we were shooting the radio station scene where I'm smacking poor LG (Lou Perryman) with a claw hammer. Tom Savini's off camera pumping blood that's spraying all over Lou's face; Lou's on his back on the floor, writhing, screaming and spitting; I'm wailing away on Lou's forehead with the rubber prop hammer ad-libbing lines like, ‘Time for incoming mail!’ and ‘If I had a hammer...’

We'd done maybe a dozen takes in the small, dark, very hot ‘radio’ room. Tobe said to me, ‘Great, great, okay, let's do one more.’ I said, ‘Uh, Tobe, am I doing something wrong?’ To which Tobe replied, ‘Oh, hell, no, Bill; I'm just having fun watching you.’ Now that's the kind of director you dream about. RIP.” — Bill Moseley, via Facebook

“The night before his Fantasia Lifetime Award ceremony, just hours after he’d landed in Montreal, Tobe, and Justin Henry Langlois — then a member of our Hospitality team, and today one of our programmers — and I went for a drink at a nearby bar, and ended up closing the place hours later. Beyond closing it: the staff let us stick around nearly 30 min past closing. Through the night, Tobe was holding court with story after story and it was pure pleasure. I couldn’t believe that this was a man in his seventies!

The next night, when I talked about his work onstage during the intro, the audience was going nuts with cheers and when I introduced him, he was given a shrieking, standing ovation that lasted for what seemed like several minutes. Earlier in the night, Tobe had told me that he was feeling tired and may not want to be on stage for too long, but all of that went away as he stood beaming in front of an adoring audience that just wouldn’t stop cheering for him. Justin handed him the award (our trophy is so fragile I don’t dare hold it while I’m talking at the mic!) and the cheering went on and on. Tobe was LIT.

After the screening, we did a sit-down discussion with Q&A that ran around an hour, and he was just incredible on stage, brimming with stories and observations, full of humour and warmth. It was now well past midnight. He was the vibrant horror hippie we all wanted him to be.

When the talk was done, we screened my personal print of the outrageously under appreciated TCM 2 as a free bonus for the audience (a nerdy aside: I asked Tobe to sign the leader).

“Mitch Davis, Tobe, and I ended up at a bar around 11 and were kicked out at 4 am. The man was a wealth of cinematic knowledge and was forthcoming with stories about Billy Idol and sharing a sound stage with Stanley Kubrick. The duality was hilarious, because at one moment he was a friendly old dude and he felt like a family member from out of town — and then I was just in total awe of the brilliant legend that I've spent the last few days with. I’d given lectures on his work previously and I even wrote a paper on The Texas Chainsaw Massacre. He was just such a sweet and gentle dude.” — Fantasia programmer Justin Henry Langlois

Do you feel this content is inappropriate or infringes upon your rights? Click here to report it, or see our DMCA policy.
Barbara CramptonJoe DanteMick GarrisStephen KingThe Texas Chainsaw MassacreTobe Hooper