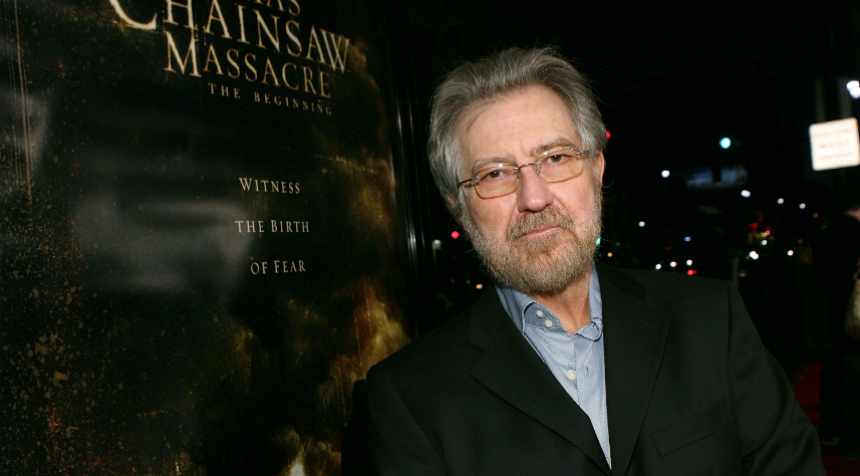 Filmmaker Tobe Hooper, best known for The Texas Chain Saw Massacre, has died, according to Variety and other news sources. He was 74.

Born in Austin, Texas, Hooper made his first feature, Eggshells, in 1969, an odd, experimental film that is allegorical and, more than that, spacey and trippy. But it was The Texas Chain Saw Massacre that made him (in)famous. Long before I saw it, I remember reading a newspaper article in Los Angeles about a big, tough college football player who vomited during a screening and thought: 'that's a movie for me!'

Its horrors, of course, were more shocking in contrast to its era. Even as Hollywood was becoming (briefly) more serious about redefining mainstream filmmaking, Hooper and his colleagues painted a disarming picture about a house in rural Texas that looked bucolic on the outside, hiding truly unimaginable horrors within.

The film became a sensation and a foundation for horror movies to come. Hooper never escaped its shadow, but neither did Orson Welles escape the shadow of Citizen Kane, so it was not entirely a bad thing. Eaten Alive was a charming crudity about another hungry killing thing, Salem's Lot was an acceptable if rudimentary TV version of Stephen King's novel, and The Funhouse was a solid slasher.

Poltergeist became the other defining film of Hooper's career, mostly because of the eternal debate about its authorship. Whether that belongs to credited producer Steven Spielberg or credited director Hooper -- or a strange hybrid of the two -- it's still a terrifying experience.

In any event, Lifeforce is one of my favorite 80s horror movies, in part because it's such an age-appropriate updating of British horror traditions. Hooper went on to direct television shows, occasionally dipping back into the feature world for The Mangler, Toolbox Murders, Mortuary and Djinn, which were all pretty effective, if lesser films.

Tobe Hooper may not have surpassed The Texas Chain Saw Massacre, but few directors ever have in the field of screen horror. It still gives me chills just thinking about it.

Do you feel this content is inappropriate or infringes upon your rights? Click here to report it, or see our DMCA policy.
PoltergeistThe Texas Chain Saw MassacreTobe Hooper