Venice 2017: NICO, 1988 Trailer and Poster, The Priestess of Darkness in Her Full Glory 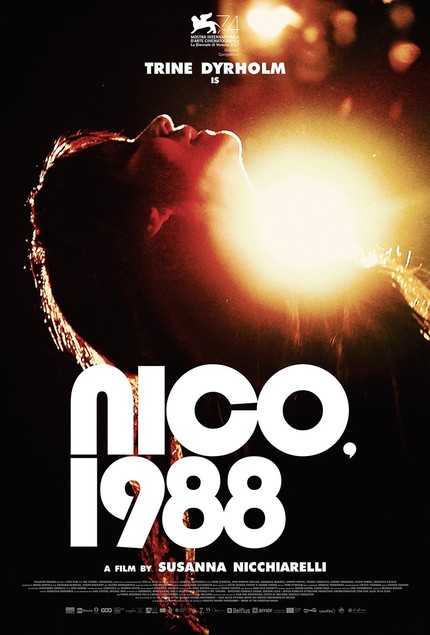 Nico, 1988 is being called authentic, while early reviews also praise a pitch-perfect performance by actress Trine Dyrholm. The first trailer for the film has appeared and if this short look is anything to go by, I think the film will be a powerhouse in terms of filmmaking, performance and music.

Synopsis: Nico, 1988 is the story of Nico's last tours with the band that accompanied her around Europe in the Eighties: years in which the "priestess of darkness", as she was called, found herself again, shaking off the weight of her beauty and rebuilding the relationship with her only forgotten son. It is the story of a rebirth, of an artist, of a mother, of the woman beyond the icon.

Do you feel this content is inappropriate or infringes upon your rights? Click here to report it, or see our DMCA policy.
ItalyNico 1988Susanna NicchiarelliTrine Dyrholm