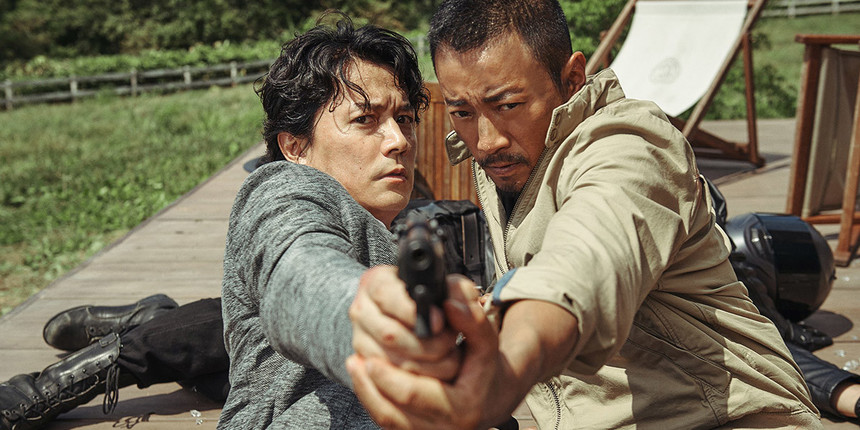 Do you miss the John Woo of old? The one deeply in love with baroquely over the top gun fire wedded to large scale melodrama and softly fluttering doves? It appears John Woo misses the John Woo of old and so he's gone and brought him back for his latest effort, Manhunt.

Woo's latest is about to premiere at the Toronto International Film Festival and has released its first teaser in advance of that. And while it appears this is much more a brief sales teaser than a proper trailer there is still loads in there for old fans to get excited about. Such as every John Woo cliche ever, and I say this with great fondness for John Woo cliches. Here's how the festival describes it:

From one of world cinema's true masters comes this pulse-pounding action-thriller about a man wanted for a crime he did not commit, and the sinister conspiracy behind his persecution. Manhunt is electrifying; it's classic John Woo. Du Qiu (Zhang Hanyu) is a successful international lawyer from China who has long been working for Tenjin, a powerful Japanese pharmaceutical company. On the very night he announces his break with the company — at its lavish 65th-anniversary party — he is assaulted in his home, knocked unconscious, and wakes the next morning with a knife in his hand and a murdered employee of Tenjin in his bed. Pursued by authorities, including a police captain who begins to suspect his innocence (Masaharu Fukuyama, who also appears at this year's Festival in The Third Murder), Du begins a desperate campaign to learn who framed him and why. The answers will involve corruption, cruelty, and a pair of seemingly invincible female assassins.

With its breathless pacing, heightened suspense, and inventive set pieces, Manhunt bears all the hallmarks of its prolific auteur. What makes the film even more satisfying are the details — the character development, the social critique — that elevate it to a new level of artistic maturity. More than 40 years into his legendary career, Woo isn't just back. He's better than ever.