Directed by Doug Nichol, the documentary examines the creative value and lasting appeal of mechanical keyboards. 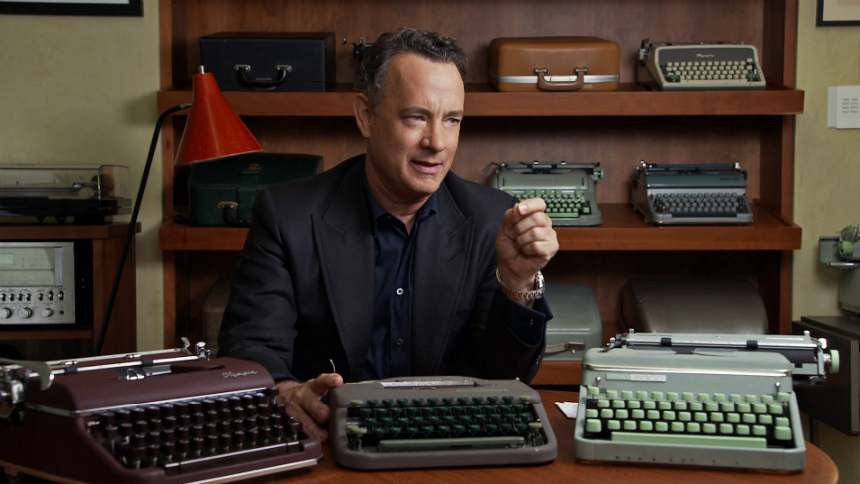 I am typing this on a keyboard attached to my laptop computer because the laptop's own keyboard started acting up shortly after I purchased it in 2015. This never happened with my Smith-Corona electric typewriter, which my father gave me in 1975, so forgive me if nostalgia soaks through my critical opinion of Doug Nichol's documentary California Typewriter, which is only the bestest movie ever.

Sadly, my Smith-Corona is long gone from my possession, but only after typing countless pages of stories and school assignments. Two years before my father's gift, I spent an entire semester in school learning how to type on an ancient yet trusty mechanical typewriter, an Underwood -- thanks, Mr. Pizzuti! -- and later spent several years getting to know various models of IBM's Selectric series in the late 1970s and 1980s, until finally the office in which I worked converted to IBM's personal computer line.

Through all my computer years, I have never mourned old typewriters. They were a relic of the past: good riddance to carbon paper, noisy keyboards and ink-stained fingers from changing ribbons! In the modern age, I always thought typewriters to be a romantic notion, reserved for esoteric creative types. (And no one's ever mistaken me for a creative type.) 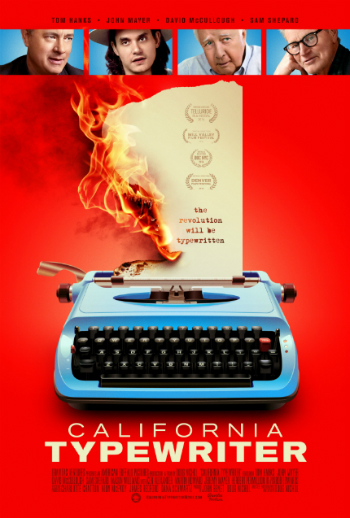 Yet while watching California Typewriter and listening to Tom Hanks, John Meyer, Sam Shepard, David McCulloch, a handful of collectors, and the dedicated employees of the namesake repair and sales shop in Berkeley, California, I found myself caught up in that romantic notion.

Sure, typewriters may appeal primarily to collectors and creatives nowadays, and, as Hanks acknowledges early on, manufacturers will not be rushing the machines back into production. It's a very limited market, appealing to people with an appreciation for sturdily-made mechanical instruments, as well as those who are not obsessed with the latest in technology.

Like turntables, VCRs, and 35mm cameras, typewriters speak to our more primal urges. Of course, those machines are themselves relatively "modern" inventions, and no doubt some readers may accept no substitutes for acoustic instruments, pens, pencils and paper. To put the typewriter, and machines of a similar era, into perspective, filmmaker Doug Nichol includes a good history lesson, examining the invention of the typewriter, its relatively quick evolution into a popular phenomena and then its slow decline.

That's interspersed with the interviews, which are parceled out throughout the doc, as well as the story of California Typewriter (the shop), whose experts can, apparently, repair most any typewriter in existence, and then make them available for sale. It's a family business, owned by Herbert L. Permillion, III since 1981, and run with his daughters Carmen and Candace. Kenneth Alexander is "a master of typewriter repair," applying his decades of experiences to discern what needs to be done.

It's a fascinating story, well-told by Nichol, and I think California Typewriter is enjoyable and worthwhile viewing for most anyone, even those who have never sampled the tactile pleasures of banging out an article, story, poem, or note on a trusty typewriter. I may be in the market for one, now ...

The film will be released theatrically by Gravitas Ventures in New York on Friday, August 18, and in Los Angeles on August 25.

Do you feel this content is inappropriate or infringes upon your rights? Click here to report it, or see our DMCA policy.
David McCulloughdocumentaryDoug NicholJohn MeyerSam ShepardTom Hanks