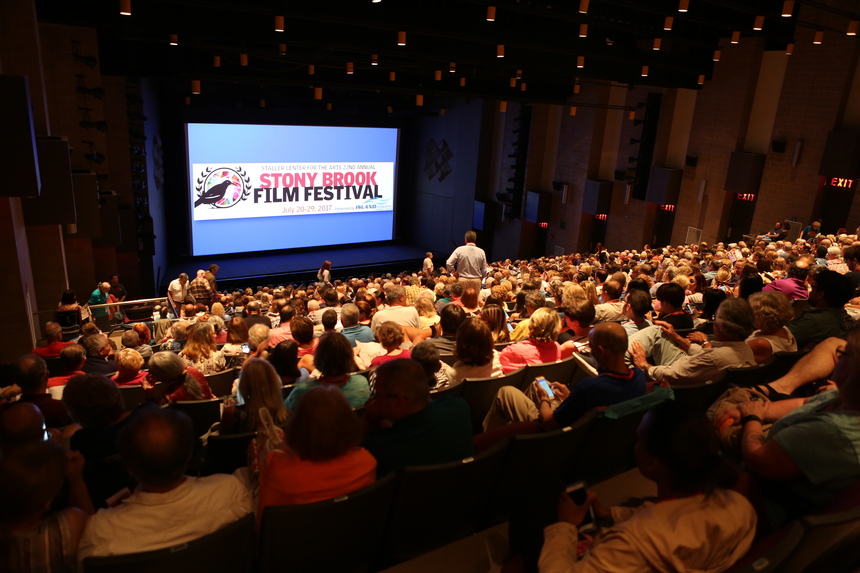 It was the largest attendance ever at the 22nd Annual Stony Brook Film Festival presented by Island Federal Credit Union at Staller Center for the Arts from July 20-29. Filmmaker participation also broke records with directors from Armenia, Bulgaria, England, France, Germany, Israel, Latvia, Netherlands, Spain and USA representing their films at the screenings. In addition, films from Finland, Iran, Italy, Norway and Sweden were in the mix.

Alan Inkles, founder and director of the Stony Brook Film Festival said, "It truly was a magical year where almost every filmmaker attended their screenings to represent their films and host Q&As. As for the films we showed, the audience scores were the best in our 22 years. Great films, great guests and packed houses nightly. It's what I envisioned for Stony Brook when we started this festival and it was certainly achieved this year.”

Two of the filmmakers whose film won an award at the Festival grew up in the Three Village area. The Wider brothers’ documentary followed four families as they fought the FDA to gain access to a lifesaving drug to help their sons, all coping with Duchenne muscular dystrophy. The World Premiere of Todd and Jedd Wider’s documentary To the Edge of the Sky was awarded the Audience Choice Award for Best Feature along with Fanny’s Journey, which tied with an identical high score.

Todd Wider noted, "Stony Brook Film Festival is an incredibly well curated and intelligent film festival.  It celebrates independent film from around the world and gives its audience a chance to discover great films and interact with filmmakers.  Supremely well run and organized, each film is shown once in a giant, state of the art theater to a routinely packed crowd.  This format really works well here, as the entire community focuses on one film at a time. Set in one of the most beautiful towns on Long Island and backed by a powerhouse university, the audiences are really smart and very welcoming. Don't miss this festival, it's a wonderful experience."

Among the many highlights of the festival was the U.S. Premiere of the rock documentary, The Second Act of Elliott Murphy. The singer-songwriter Elliott Murphy, a Garden City native, moved to Paris after a music career with his band in the U.S. and then found new success in Europe. At the screening of his film, he hosted a Q&A and then played three of his songs from the stage.

Closing Night presented the U.S. Premiere of Text for You (SMS für Dich), a romantic comedy. The writer, director and actress Karoline Herfurth came in from Germany to represent her film.

To the Edge of the Sky

2017 Special Recognition by the Jury - Spirit of Independent Filmmaking

Laura Gets a Cat United States

2017 Special Recognition by the Jury - Achievement in Social Impact

For more about the Stony Brook Film Festival, visit stonybrookfilmfestival.com.

Do you feel this content is inappropriate or infringes upon your rights? Click here to report it, or see our DMCA policy.
Across the LineFanny's JourneyJust Go!Laura Gets a CatPurple DreamsStony Brook Film FestivalThe SoundingTo the Edge of the Sky