Miike's BLADE OF THE IMMORTAL Red Band Trailer: Sorry, I Got Blood On It 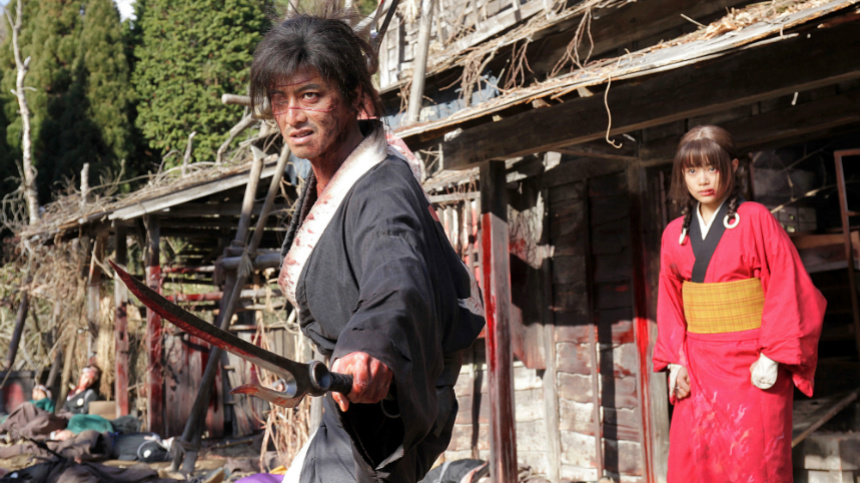 A new red-band (Not Safe For Work) trailer for Miike Takashi's Blade of the Immortal will slash its way into your bloody heart.

IMiike's 100th film is headed for its North American* U.S. debut at Fantastic Fest in Austin, Texas, which will be held from September 21-28. It's described as an action fantasy epic, based on the Japanese manga series by Samura Hiroaki. It's also got a lot of blood and slashed limbs.

Synopsis: Samurai Manji has taken a lot of lives, both innocent and guilty, and now lives life in feudal Japan as a criminal. After being cursed with immortality until he kills enough evil men, Manji meets a young girl who enlists him to be her body-guard.

Swearing loyalty, protection and vengeance against the group of sword fighters who slaughtered her family, the unlikely duo set on a remarkable quest to make right against those who did them wrong.

Via Magnet Releasing, Blade of the Immortal will open in U.S. theaters on November 3. Watch the trailer below -- which features very large subtitles, for the evident benefit of those of us who have impaired vision -- but please bear in mind: NOT SAFE FOR WORK!!!