THE DISASTER ARTIST Teaser: James Franco and Seth Rogen Each Have Their Challenges 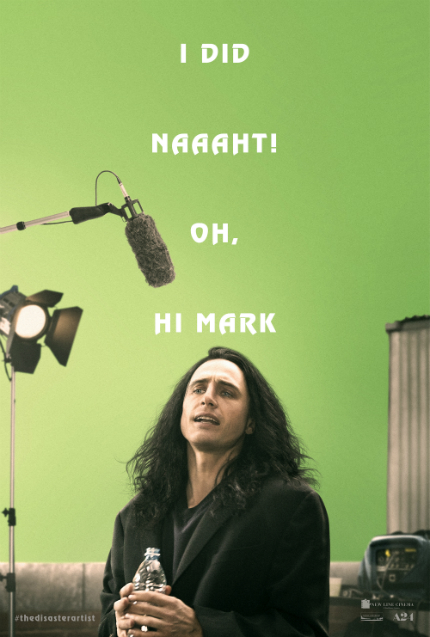 In a new teaser for The Disaster Artist, James Franco tries to act and Seth Rogen tries to direct. But it's not going very well.

The film explores the making of Tommy Wiseau's legendarily awful The Room, which is what put me off, initially. That is, until I talked to our own Zach Gayne and then read his review out of SXSW, which concluded: "The Disaster Artist is not only far funnier than you might expect, it's also far deeper than a film about the worst movie of the 21st century has any right to be."

So, Zach's reasoned and well-considered review now makes me curious about what James Franco has cooked up. The first teaser, which you can watch below, raises eyebrows a bit more.

The Disaster Artist will grace (?!) movie screens starting on December 1, courtesy of A24 Films.

More about The Disaster Artist