Petr Václav's latest film concludes an informal trilogy begun with THE WAY OUT and WE ARE NEVER ALONE. 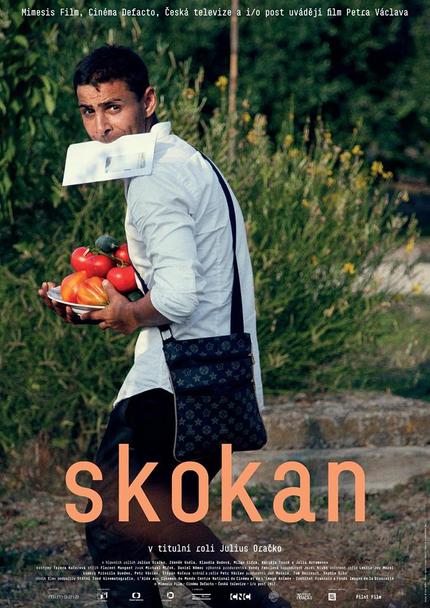 Czech director Petr Václav made the psychological drama Parallel Worlds in 2001. Then he went on a feature film hiatus until his stellar comeback in 2014 with social drama The Way Out. He has transitioned from being in limbo to becoming a prolific, high octane filmmaker, keeping the momentum going while developing several projects simultaneously.

After The Way Out was unveiled in Cannes at the Association for the Diffusion of Independent Cinema (ACID) sidebar, the first Czech film to do so in a while, Václav brought a followup, idiosyncratic social parable, We Are Never Alone (read our review) to Berlinale. He ties up the informal trilogy with Skokan, whiich is led by a non-professional actor who had to be bailed out of prison by the director in order to participate in the film.

The opening titles crack open the enigma of the film title Skokan (in translation, a stream frog or jumper) as prison argot for somebody “capable of jumping over many obstacles or avoiding them without unraveling the very nature of problems standing him in the way,” the very embodiment that becomes the leading actor Julius Oračko playing a version of himself.

Emerging from behind prison bars after serving a sentence, he heads home, where the downward spiral of drug dealing and prison sentences await him yet again. The young delinquent decides to break the spell, however, his prison background and ethnicity do not play in his favor.

He has an epiphany while routinely watching television; suddenly, a voice-over recalls a peculiar story of a drunkard who was discovered by a filmmaker, went to Cannes and became a famous actor thus turning his life upside-down for the better. Charmed by this (almost) fairy tale, the protagonist decides to embark on a journey to “Kan” (Cannes) to become an actor in a bid to reinvent his life and fate against all odds stacked against him by the nature of his background and ethnicity.

Skokan represents a major digression in terms of the director´s style, although his previous two films are a testament to Václav´s rather fluid and protean approach to form, his personal auteur poetics defying a single label. Peter Václav built and cemented his reputation as a versatile filmmaker, two years ago when he finished a documentary about Mozart´s teacher and friend, Josef Mysliveček, titled Confession of the Vanished, followed by a big budget costume drama biopic about Mysliveček, Il Boemo.

In his latest effort, the filmmaker opted for a surprisingly looser approach, relying on a bullet-point script while daily proceedings uncoil mostly as improvisations lacking any predesigned schedule or plot, molded by prevalent circumstances on the set in real time. The unusual experiment marries aspects of fiction and documentary filmmaking in sync with currently prevailing tendency of docu-fictions in arthouse world cinema, spawning an array of diverse iteration.

A legendary Czech filmmaker and a prominent figure of the Czechoslovak New Wave, Jan Němec, shot a whimsical autobio-pic blending mystification with tongue-in-a-cheek The Wolf from the Royal Vineyard Street that had to be finished posthumously last year. A part of Němec’s film was shot on location in Cannes sans permits, guerilla-style, footsteps in which Petr Václav followed.

In Skokan’s case, though, the director avoided the dilettantish vibe Němec build upon in his last film. Despite some odd angles, Václav preserves the film's visual homogeneity, profiting from handi-cam proxy of the wandering protagonist.

The real-life personality of Julius Oračko overlaps with his on-screen persona -- a similar process characterized the award-winning Slovak film Koza by Ivan Ostrochovský -- and the resulting form could be easily although undeservedly wrestled into a box labeled dramedy, with a road movie stamped on it.

Regardless of whether he is drawing from documentary conventions and codes or not, Peter Václav manages to model the single story into several planes simultaneously, including more archetypal outlines, such as organically blending fable, morality and myth. Skokan is, among other things, a contemporary variation on the Enlightenment-period book by Denis Diderot, Jacques the Fatalist and His Master, a fact openly acknowledged by the director at the beginning of the film in the form of a witty quote.

The unveiling of the inspiration offers an interpretation key and foreshadows the film´s leitmotif, in addition to grounding it as a spiritual followup to Václav’s two previous oeuvres, The Way Out and We Are Never Alone.

In The Way Out, the protagonist struggles to liberate herself from the existential malnutrition predetermined by racial bias, whereas the two characters in the bleak omnibus We Are Never Alone keep sinking into the quicksand of the existential marasmus, despite their privileged spot in the major society.

Skokan is a a more upbeat entry leaning towards The Way Out by adhering to its vision, albeit being structured outside the confines of social realism and peppered with humor as the clueless protagonist advances on his road to salvation, to save somebody else, as it turns out in a naïve yet chivalrous twist of events. 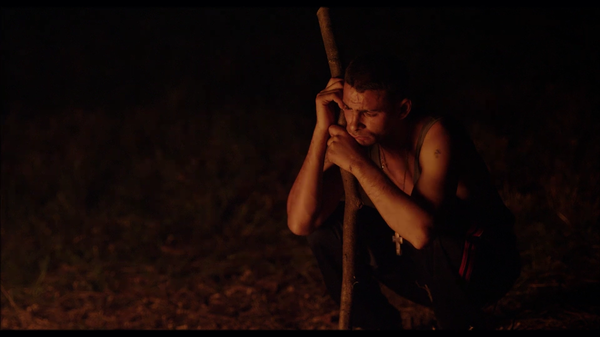 In contrast to the director's previous two films, Skokan’s narrative structure is dominated by episodes and elliptical narration, a style marking its gravitation towards more fable-like and mythic patterns. As the protagonist embarks on the voyage towards the stardom in a bold attempt to defy the limits of his previous life, the degree of naivety and foolishness -- it soon transpires that the main character does not know the alphabet -- reflects equally on the protagonist´s behavior in brushing shoulders with the Czech folk figure from a well-known fairy-tale, foolish Johnny.

Thus, Skokan becomes a variation of not only Jacques the Fatalist but also this folk archetype and a symptomatic domestic figure that champions common sense over education, getting over obstacles and outsmarting aristocracy (as a farmer´s boy) and securing a good life, which in Skokan’s case happens less idealistically, since it's a realistic makeover of the fairy tale.

The moral of the fairy tale might by the backbone of the film, the message that nothing is etched into stone, that fate can be altered, although Václav’s take keeps its legs on the ground, straying from a sentimental and infantile rendition of 'you can achieve whatever you want Hollywood' and other mainstream ventures that have been spoon-feeding their audiences.

Some viewers may have reservations about the sparse plotting, a result of the director’s experiment with improvisation, although Václav switches into docu-observational mode in those passages, occasionally flirting with magical realism that might and might not be a projection of the protagonist's naïve mind. The Czech helmer manages to craft the message he shares with many pop-psychological self-help books in an exceptionally unobtrusive manner, without saccharine, and delivered with a light touch, whilst enveloped in his signature style of civility.

Despite random clouds of melancholia, the film´s vibe remains rather uplifting. He even introduces a character of a whore hunter (played by Zdeněk Godla, a pimp from We Are Never Alone), who is not what he looks like he is, an incarnation against bias and prejudices the film itself heralds, and not solely ethnically-bound.