This time, from the Guanajuato International Film Festival (GIFF), I review a couple of films related to Mexican culture. The first one is a documentary, made by a German filmmaker, about a massive fireworks festival that is celebrated every year in a Mexican town; the second title is a romantic comedy with characters that might be narcos. Sound interesting? Read on… 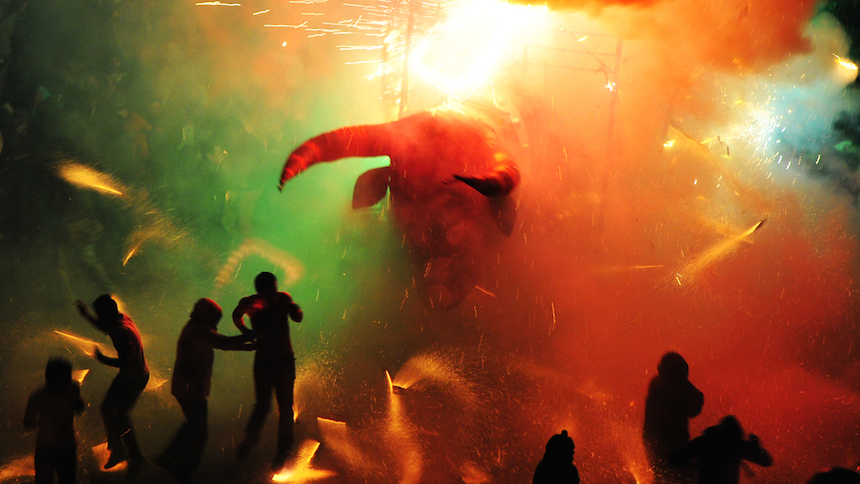 Just in the past seven months, there have been at least two major tragedies in Tultepec, Mexico, a place where an important part of the community is related to the pyrotechnics business.

More than 40 people died back in December due to an explosion at a market, and later on, in March, at least four persons lost their lives when a similar accident happened inside a house. The latter incident occurred just before the massive pyrotechnics festival that each year is celebrated in the town; a cultural event that, at the same time, reminds us that danger is always present in Tultepec.

The documentary Brimstone & Glory, directed by Germany’s Viktor Jakovleski, is quite an intense ride that puts us right in the middle of the fireworks celebration, while also addressing its background and the unsafe reality of everyday life in Tultepec. It’s a one-hour film, hence becoming a visceral experience that tries to share with the audience a little of the adrenaline that comes from, among other activities, running around a big wooden bull, filled with fireworks.

The doc has some storylines and also explains the religious roots of the festival, but its main intention is to show the big, crazy, alcohol-fueled fireworks spectacle. There’s excellent camera work all around, using GoPro cameras for the POV shots and drones to capture the immensity of the unique and certainly controversial event. 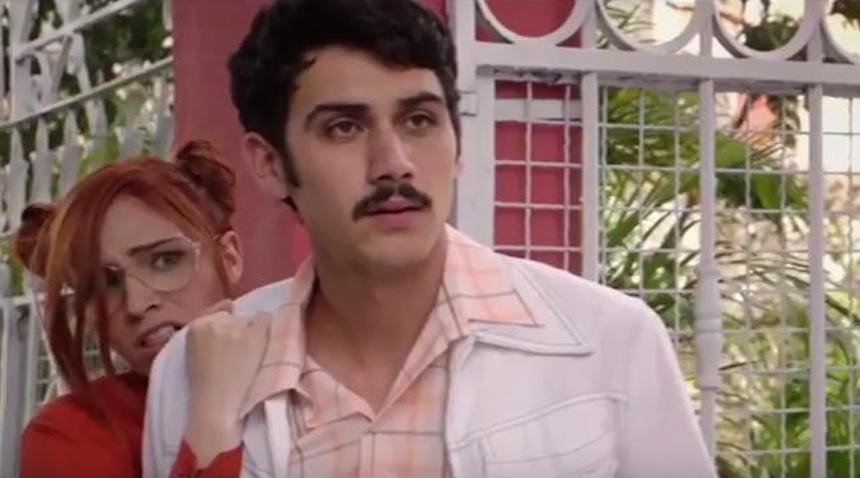 Me gusta, pero me asusta

It’s almost a tradition now that a Mexican romantic comedy world premieres at the GIFF. Last year it was El tamaño sí importa and now we had Me gusta, pero me asusta, a movie that plays it safe after flirting with the notion of being probably the first mainstream rom-com about narcos.

We follow two young persons with very different cultural backgrounds; a girl from the city and a dude from northern Mexico, whose paths will eventually cross. Most of the movie is based on a couple of ideas: the attitude of the sensitive guy is not what one would expect from the son of an alleged drug lord, and the good girl falls for him, though everything indicates that he is part of organized crime.

Normalizing and idealizing the narcos is part of the Mexican culture, but in the end Me gusta, pero me asusta goes for the traditional rom-com structure, with a big moral lesson against prejudice (i.e. not every Mexican with a mustache and a sombrero is a narco). Totally forgettable.

Do you feel this content is inappropriate or infringes upon your rights? Click here to report it, or see our DMCA policy.
brimstone & glorygiffgiff 2017guanajuato 2017guanajuato international film festivalme gusta pero me asustamexican cinema

More about Brimstone And Glory