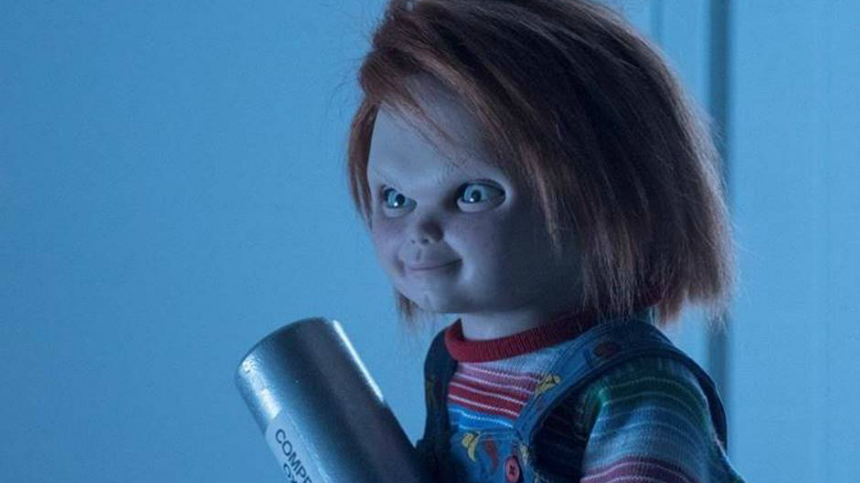 Now in its 18th year, Horror Channel FrightFest is one of the signature genre festivals in the world, its lineup capturing the best of recent horror and fantasy titles as well as previewing the films that will cause our future nightmares.

The next festival will return to London's West End from August 24-28. The world premiere of Don Mancini's Cult of Chucky will open the fest. Director Adam Green will return with his explicit horror fave Hatchet, in a version never seen before. And, love them or loathe them, Julien Maury and Alexandre Bustillo will debut their prequel, Leatherface, which is sure to provoke strong reactions from the fervent crowd. Popular fave Tragedy Girls will serve as the closing night film in its UK premiere.

Here is more from the official statement (all words by the festival):

Three documentaries will receive their eagerly awaited premieres at FrightFest this year. KING COHEN: THE WILD WORLD OF FILMMAKER LARRY COHEN is a dazzling career overview of the maverick director behind such classic horrors as IT'S ALIVE, Q THE WINGED SERPENT, fantasy television series like 'The Invaders', HELL UP IN HARLEM Blaxploitation, recent releases CELLULAR and soon the MANIAC COP remake. We welcome back on screen Kane Hodder, everyone's favourite Jason Voorhees in the FRIDAY THE 13th series, with his moving and eye-opening TO HELL AND BACK: THE KANE HODDER STORY. Finally there's the extraordinary MANSFIELD 66/67, a super Hollywood Babylon-style whisk through the final years of movie goddess Jayne Mansfield's life and untimely, possibly Satanic, death.

The Duke Mitchell Film Club is back with a hosted presentation of the UK premiere of Stefan Ruzowsky's COLD HELL, a gripping serial killer thriller. This is followed by the not-to-be missed DUKE MITCHELL PARTY, where the audience and invited special guests can expect all manner of madness guaranteed to kick off your Saturday late night in style.

Alan Jones, co-director of FrightFest, said today: "The whole cinema landscape is changing and Horror Channel FrightFest is listening. We know the fans want to see the films first, see them fast and see them in an environment that is second to none. That's why we have what we believe is the finest line-up ever assembled and are showcasing the superlative selection in premium surroundings. So, the West End becomes the Dark Heart of London once again. And we've made it to our 18th birthday. It's going to be quite some party".

Festival passes will go on sale Sat 1 July at noon and will only be available to buy online: http://www.frightfest.co.uk/tickets.html

Single tickets will go on sale on Sat 29 July from 9am.

It's truly a staggering lineup -- and not an event to be missed, if you can possibly attend.

Do you feel this content is inappropriate or infringes upon your rights? Click here to report it, or see our DMCA policy.
fantasyFrightFest 2017horrorHorror Channel FrightFest 2017UK

More about Cult of Chucky