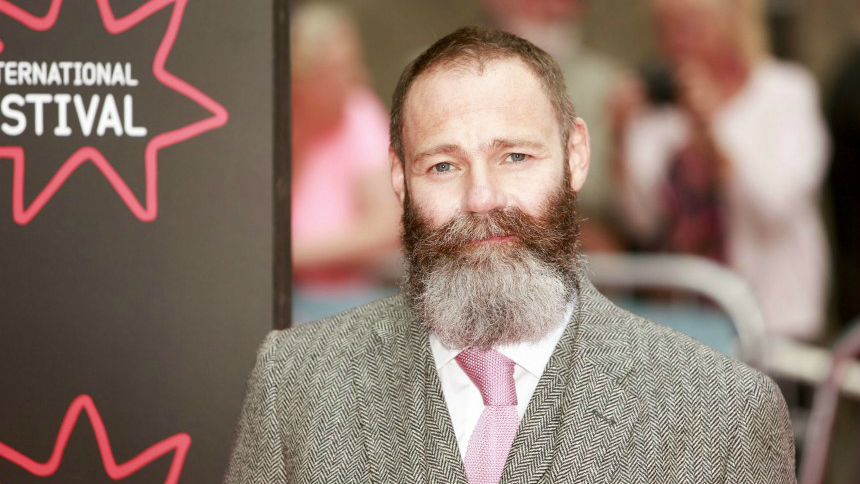 After years living amidst the urban wilderness of London, actor Francis Lee returned to his pastoral Yorkshire roots to write and direct his debut feature God’s Own Country.

Set amidst the desolate beauty of northern England’s Yorkshire Pennines, the film tells the story of a young farmer, Johnny (Josh O’Connor), and the relationship which develops when a Romanian migrant worker, Gheorghe (Alec Secareanu), comes to work on his family farm. Just as Johnny finds an escape from his loneliness and the future begins to brighten, the pressures of family, farming, and his own tendancy towards self-destruction threaten to ruin the chance for lasting happiness.

Aided by two stunning performances from the young leads, Lee has crafted a starkly beautiful tale that’s been rewarded with the opening slot at the Edinburgh international Film Festival. At a screening the day after the film’s UK premiere, the director and lead actor Alec Secareanu were present to answer questions on their work. 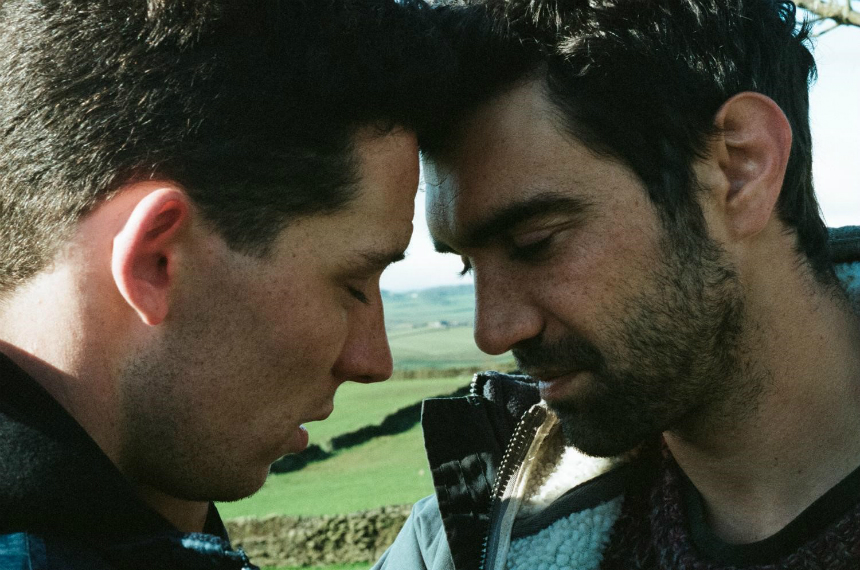 Those images right at the end, were they your own family? Were they a deliberate way to end the film with colourful imagery?

Francis: Yeah, absolutely, my family were never rich enough to own a camera let alone to develop film but I loved those oversaturated images of bucolic, pastoral British farming of the 50s and I thought it added such a lovely juxtaposition to the world I grew up in, and the world I knew to be so difficult and hard and isolating. When I was writing this I used to watch telly in the afternoons, and I watched Escape to the Country, I don’t know if you know it, but its about these people who go to the countryside because its wonderful and freeing, and God no, it was miserable I was lonely!

And so at what point did you want to tell your story, was there something that made you want to go back and take that journey?

Francis: Yeah, so I escaped London when I was twenty and moved to London and went to drama school and had a terrible failed career as an actor for twenty years! But I could never get this landscape out of my head and out of my body. It was a place that really informed who I was and how I conformed to the world. And then I got to forty and I was doing like the fifth Heartbeat and was very bored and always knew I wanted to write and direct but was never confident enough to do it, so I hit forty and thought, “I think you better try”.

Did you need to go back home to write it, or did you sit somewhere else and reimagine everything?

Francis: Ha, Alec’s shaking his head; no I’m not a fan of improvising. I like to be very ordered so everything you’re seeing onscreen is very detailed and written in the script and then it was a challenge to visualise that.

And the representation of Europe and these issues that are very prescient, was that was just happenstance or was that always part of that story?

Francis: When I gave up acting and had no money I worked in a scrapyard and one of the guys I worked with was from Romania and we became very good friends. He had come to this country to better his life and earn money for his family and he had such a tough time, and he experienced a lot of xenophobia and that had impacted on him. And I was interested in that emotional response to somebody, so that’s why Gheorghe is Romanian. And when I wrote it I don't think a referendum had been announced at all.

So how did it go in terms of casting? How did you find them (Josh and Alec)?

Francis: I didn’t know any actors of that age range so I worked with a casting director to find them. I was interested to see Josh, I didn’t know his work but he was working in Corfu, he recorded some scenes and sent them back so I’d not met him but I was convinced he was from the north somewhere and I was convinced he had this terrible internal emotionally repressed life. So I met him when he came back and I was super shocked because Josh is the most beautiful polite, funny, middle class boy from Cheltenham! In that meeting I started to work with him and I realised what he was excited about and what excited me was him being a very transformative actor, and we could build this character together. Now when I watch the film, and I know Josh very well, I don't recognize one part of Josh in that character. It’s an extraordinary performance.

With Alec we worked with a casting director in Bucharest and Alec sent a self-tape and there was something so special about how he was reacting to the character and this emotion, so I was very keen to meet him. So we went to Bucharest and met a number of boys and embarrassingly I couldn't look Alec in the eyes because he was so handsome, and then I started to work with him and again I worked out quite quickly that he is a transformative actor too and wanted to go on this journey and he was so wonderful. Then we brought the boys together to see if they worked well together and they did.

What was it like for you the first time you were brought together?

Alec: It was a bit insane for me, I was being brought to London for the first time to work on a feature film, it was a lot of responsibility and I was pretty nervous. I think Francis has done an amazing job in working with us and knowing what each one us needs in creating the character. I think when I came to London we worked for an hour on a scene which I think is pretty long for an audition and it obviously went well!

The set up of these characters lives means its very difficult for them to communicate verbally but actually there’s a lot of communication that happens in the film was that a challenge when writing how these guys are going to communicate and understand each other?

Francis: For me, I love cinema and I think it's a visual medium so I want to tell my stories visually, I’m not a huge fan of dialogue and so I guess the challenge was always going to be if the actors can deliver the looks, the nuance, and luckily both boys were phenomenal. In the edit we started off with a film script with very little dialogue in it and in the edit we got rid of even more dialogue because they were nailing it, they were delivering on it.

Alec: When I first got the script… it's the first script of this nature I’ve ever read and it was so detailed, everything in there, every glimpse and twitch and gesture, it was written in the script and we rehearsed it a lot and built our characters from scratch, from the point that they were born to the point that you see them on screen and that helped us a lot. Yeah, it wasn't that hard working without dialogue to be honest.

I’m so glad there was a happy ending did you ever think you end it on a different note?

Francis: No. For several reasons, one because I love hope and I think hope is a very important message and something we all like no matter how difficult circumstances are, and secondly because I had become really tired of seeing working class people, I can’t think of a better word, whose lives ended tragically or they didn't get what they wanted, and also that people in same sex relationships always ended with loneliness and bitterness and isolation or rejection and that hadn’t been my experience in life and I wanted to address that. I think both the characters worked really hard for that ending and I didn't want to let them down.

You’ve talked about filmic references you had in mind when you were writing, what are some of them?

Francis: I’m a big fan of the Dardennes brothers and Jacques Audiard. I wanted to make a very immersive film.

Did Brokeback Mountain ever play on your mind?

Francis: I’d only seen it once and loved it and thought it was a masterpiece and those performances are so beautiful but I wasn’t thinking about it, but it did keep coming up when we were developing it. I did secretly plot a homage into it, I reference it in the film, if you can tell where that is it would be amazing because I knew I couldn't ignore it, but I do think they’re very different films.

Do you feel this content is inappropriate or infringes upon your rights? Click here to report it, or see our DMCA policy.
Edinburgh 2017Edinburgh Film FestivalFrancis Lee