Agustina Munoz and María Villar star in a tale of romantic entanglements, written and directed by Matias Pineiro. 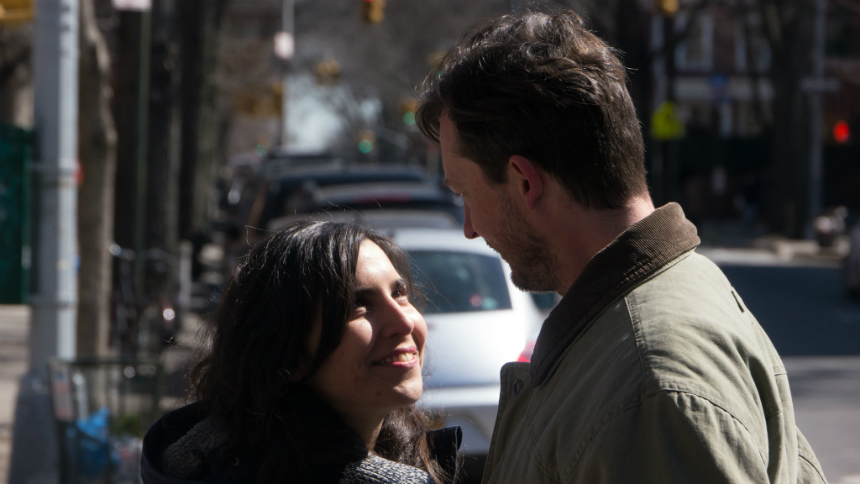 Matias Piñeiro's Hermia & Helena begins almost identically as his last film Princess of France, looking down at a soccer field. But they are two very different films. Even though his usual light-as-feather approach at twenty-something's bohemian lives and romantic entanglements might be the same, the tone, the tempo, and the setting of the film is noticeably different in Hermia & Helena.

Taking a cue from A MIdsummer Night's Dream, Piñeiro builds up bi-continental tales of love and friendship in his unique way, without ever heavily delving into anything resembling a plot. Just clocking in at 70 or so breezy minutes, and like his other films, it solely relies on a seemingly complicated, incongruous structure and the charms of his regulars (mainly María Villar and Augustina Muñoz), as well as some new faces Piñero acquired during his two years living in New York.

Divided by chapters with character names, we loosely track the flight of two friends: first, it's Carmen (Muñoz) finishing up her writing fellowship stint at 'the institute' in New York, living in the institute-provided housing in Chinatown in winter, looking over the soccer field and the Coumbus Park. Then we are back in Buenos Aires, where her friends are. It's Carmila (Villar)'s turn to go.

Camila, a small-time theater director, at first seems very much in love with her boyfriend (another Piñeiro regular, Julián Larquier Tellarini), but not so much as we find out later. She feels ambivalent about the trip, leaving behind all of her friends for New York, translating A Midsummer Night's Dream into Spanish for her upcoming production. She embarks on her trip anyway, and we follow her for the rest of the film.

In snowy New York, Camila meets a knick-knack of characters. There is Lukas 'the tall guy' (Keith Poulson) from the institute, who is kind of cute. There is also Carmen's secret friend/lover Danielle (Mati Diop, a filmmaker/actress who's been popping up in many international productions), a fellow fellowship artist/writer/performer what-have-you from France, traveling across the United States sending postcards from each state she visits to Carmen, because she doesn't know Carmen finished up her time in NY and went home. We also meet her former lover (Dustin Guy Defa) who is a filmmaker, and her father (Dan Sallit) whom she never met, and who lives upstate. 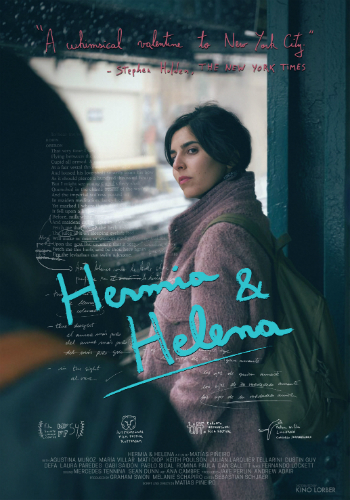 Just like Piñeiro's other films, Hermia & Helena is extremely talky, but the feel of the film is much slower, even languid at times. It's not more contemplative, per se. Perhaps it's New York's snowy winter landscape that's bringing out a certain melancholy in the film. Because Camila's journey takes unexpected turns (in romance or otherwise) and because of the people she meets, we get to see her (sort of) motives. Thus, the film comes closer to a character study and feels more personal than any other Piñeiro film I've seen.

There are elements in which Piñeiro plays with the Bard's work; be that in dialog or objects that are passed around or a father figure (or an idea of one). It's not a bad choice for inspiration or starting point to be playful, intermingling his love of books, music, poetry, good friends and other personal things and project that on the screen. It seems with Hermia & Helena, Piñeiro is upping the ante a little bit and put more cinematic playfulness in his small ways. And it's lovely.

Review originally published during the New York Film Festival in October 2016. The film opens on Friday, May 26 at the Film Society of Lincoln Center and Metrograph in New York via Kino Lorber.

Do you feel this content is inappropriate or infringes upon your rights? Click here to report it, or see our DMCA policy.
Agustina MunozArgentinaKeith PoulsonMaria VillarMati DiopMatias Pineiro