The new thriller from Dick Maas shows exactly what it promises: a lion stalking Amsterdam. 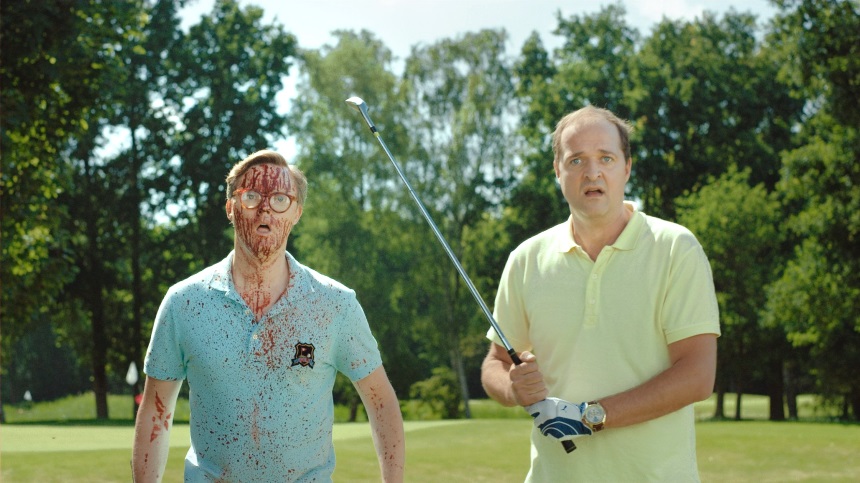 For decades now, director Dick Maas has been bucking trends in Dutch cinema. "We should focus on art-house, we can't compete with Hollywood!" has been the industry mantra here since the seventies. Yet time and time again, Dick has proven the industry wrong. His 1983 film The Lift was a sensation, won international acclaim and made household names of himself and his lead actor Huub Stapel. A few years later, he made the raunchy anti-social comedy Flodder and brought large scale destruction and stunts to the Netherlands, together with the start of a very successful franchise.

Horror and comedy. Thrills. Dick Maas has always unabashedly, unapologetically gone for providing entertainment to his audiences. And he does the same thing with his newest film Prey (Prooi in Dutch), in which a huge lion terrorizes the city of Amsterdam. 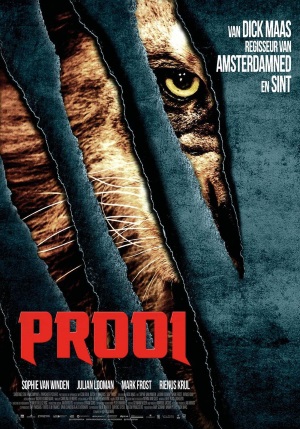 Prey starts strong, with a family found slaughtered at a farm. A zoo veterinarian confirms the police's fears: it was a lion that did it, and a freaking large one too. As more bodies are found, the trail shows the culprit is headed straight for a very rich hunting ground indeed: the Dutch capital of Amsterdam.

What follows is a series of slasher set-pieces, mixed with action scenes as the police tries to hunt down (and kill) the lion. A daunting task, as the big cat is fiendishly unpredictable and won't go down easy, even when shot.

Maas is in his element here, in this "Jaws on paws", allowing his black humor free reign over all affairs. Many of the hunters and victims are cartoonish caricatures, but whenever the lion gets down to business the film gets surprisingly mean-spirited. One scene of children being stalked at a playground is bound to be remembered as a highlight of Dick Maas' career.

Acting is not what the film will be remembered for, as Dick Maas often places his stories in a fake alternative universe, his own cinematic reality, so to speak. It doesn't help that this particular film doesn't actually need much of a story: it's basically "show the victims" and "ring the dinner bell". Having said that, newcomer Sophie van Winden is a find as Lizzy, the zoo veterinarian who has the unwelcome task of having to force a protagonist, exposition and some sort of character arc into the narrative. That she manages to succeed as an engaging lead is no mean feat, and hopefully we'll be seeing a lot more of her in the future.

But how good is the lion? Dick Maas recently wrote a book about his experiences of making films in the Netherlands, and Prey is frequently mentioned. Getting a lion of the cgi quality of, say, the tiger in Life of Pi would have cost roughly a million dollars a minute, money the production simply could not afford. It means the film is an exercise in showing the animal in snippets, point-of-view shots, animatronics and shadows. The big cat doesn't disappoint (much) though, and that is a testament to the skill of the director and crew involved.

Prey was still a costly film to make, and despite quite positive reviews in the Netherlands, audiences didn't rush out to welcome it. That is a pity, as warts-and-all it is definitely a fun film, and Dick Maas gives the audience exactly what he promises. Prey is a fun gory action horror of people stalking (and being stalked by) a VERY lethal lion.

(Prey is being shown this week at the Overlook Festival.)