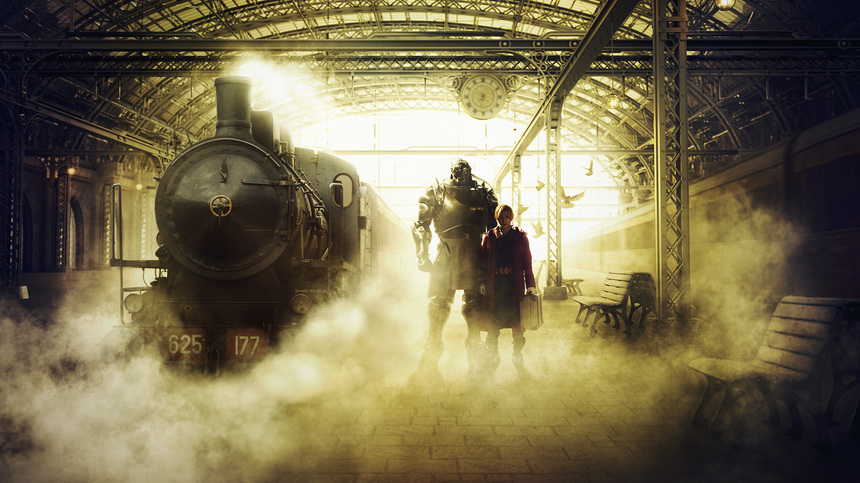 One of the most popular manga and anime series on the globe, medieval action-fantasy Fullmetal Alchemist will be coming to the big screen at the end of the year with a live action adaptation from Ping Pong helmer Sori Fumihiko.

For the unfamiliar, the story revolves around a pair of brothers - Edward and Alphonse Elric - who turned to alchemy as children in an attempt to bring their recently deceased mother back to life. Edward lost a leg in the initial experiment and Alphonse was lost entirely, with Edward forced to exchange his arm in return for at least restoring Alphonse's disembodied soul. Now years later the brothers have become among the most powerful alchemists in the land, Edward's missing limbs replaced by complex steampunk prosthetics and Alphonse existing as a disembodied soul within a suit of armor.

An early teaser for the live action version appeared online a while back. That version was arguably significantly too early, with the visuals and VFX work falling very much below expected standards, but with time to put more work in a new teaser has arrived now along with what appears to be a buffed and polished version of that first teaser with things significantly improved. Take a look below!

Do you feel this content is inappropriate or infringes upon your rights? Click here to report it, or see our DMCA policy.
animeFullmetal alchemistfumihiko sorilive actionmangateasertrailer