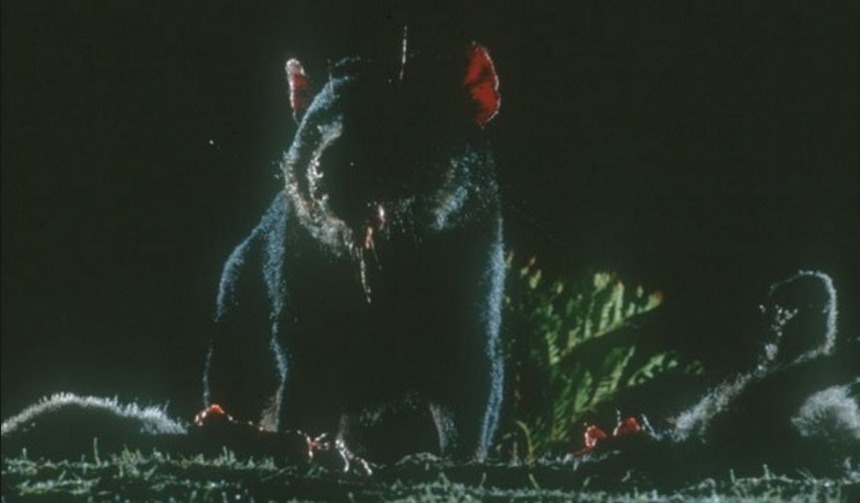 Australian filmmaker Heidi Lee Douglas is looking for support from fans of socially conscious genre cinema to help bring her latest vision to the screen.

Building off her successful first films, the Gothic short, Little Lamb, Little Lamb and the searing documentary about the battle over Tasmania's ancient forests, Defendant 5, Devil Woman promises to tackle the tempestuous relationship between man and nature.

Synopsis: Ambitious science student Eddy sets a trap to collect proof of an endangered animal living in the forest. She succeeds, but in her pursuit for more evidence she is bitten. Eddy shows her scientific findings to Alice, a tough activist stubbornly manning a blockade to stop the forests from being logged, and they discover the animal has a horrible contagion. Eddy hides the bite and signs of having caught the disease, but when two loggers attack the camp the changes overtaking Eddy's body become a threat not only to the loggers but to her activist companions as well.

Drawing on the worlds and myths of zombies and shape-shifters, Douglas says that Devil Woman sits alongside 28 Days Later.

Support for Devil Woman is also support for women in an industry where they are underrepresented. Only 16% of directors, 8% of writers and 6% of directors of photographers of Australian feature films are women. Devil Woman addresses this with its female writer, director, producer, director of photography, editor and lead protagonist and Douglas hopes the experience will empower the crew to progress in their careers.

For more information and to support Devil Woman head over to its crowdfunding page!