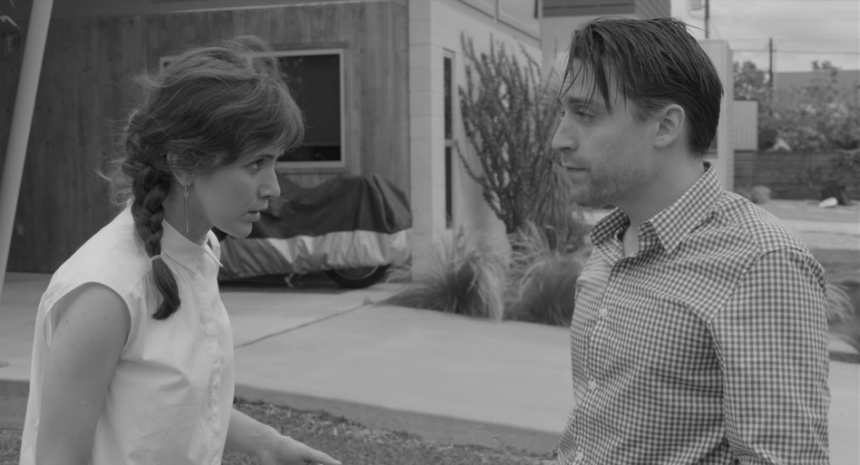 In the not too distant future of Infinity Baby, stem cell research has caused a freak side effect wherein a certain breed of newborns will not age, rather they'll stay babies for their entire lives. Society has deemed them "infinity babies", and rather than pressuring pharmaceutical companies to create drugs that reverse the stifled growth effect, the government has allowed one company, whose name is bleeped whenever it’s spoken, to grow rich selling pills that make parenting eternal babies a breeze, thereby normalizing the freak evolutionary occurrence.

Food is dished out in the form of a pill to prevent laboring over meal prep, and for those guardians who agree to care for infinity babies, not only is there incredibly generous compensation, but there will also be minimal hassle in the diaper changing department. There's a pill for that too and it limits bodily functions to a weekly ordeal. Infinity babies won’t even trouble their caregivers with the annoyance of crying, considering they instead emit more of a coo sound. “The coo of a baby is the most beautiful sound in the world”, pitches one IB salesman.

This is the brave new world created by screenwriter, Onur Tukel, and brought to the screen by director, Bob Byington, in gloriously stark black and white, and it's one full of colorful characters. Nick Offerman plays the greed-driven pharmaceutical mogul with a questionable moral compass in his refusal to develop a cure, championing instead a system that perpetuates income. He’s an intimidating boss who feels it necessary to share motivational autobiographical tidbits like, “When I was 22, I was digging graves in Louisiana.”

His nephew is Ben, played by the criminally underused Kieran Culkin. Ben spends his time cycling through girlfriends, searching for a Miss Right, who he defines as a girl willing to ride the relationship wave without any aspirations of marriage, children, and all the bullshit that comes with family goals. He intellectualizes his fear of commitment and has a narcissistically slick way of avoiding fault, even in his own mind.

Ben supervises Larry and Malcolm, two depressive employees tasked with recruiting homes for the infinite infants, hysterically played by Kevin Corrigan and Martin Starr. When pitching infinity babies at their sales appointments, the two take turns saying, not only the wrong thing, but the wrongest thing possible, and it’s never a surprise when the prospective “parent” inevitably rejects the responsibility.

When one client politely offers them a drink, Malcolm innocently requests a scotch on the rocks. When she later expresses concern during the pitch that she might be an unfit mother due to some depression, Larry offers that he thinks about killing himself every day. Fed up with rejection, the two finally devise a plan to care for the child themselves and reap the reward of the government’s monetary compensation…hardly the perfect crime; more like an alcoholic version of ‘two men and an infinite baby’.

The entire ensemble - which also includes Stephen Root as a sensitive-situation problem solver, Noël Wells and Trieste Kelly Dunn as Ben’s disposable girlfriends, and Megan Mullally as Ben’s mother tasked with ending his doomed relationships - is cast to perfection, each actor bringing a full, distinctly original and laugh-out-loud funny character. I might even go as far as to call Infinity Baby among the funniest films of the year - certainly in the top 5 thus far - as, not only are the laughs plentiful, they’re often unpredictably, darkly brilliant. It’s an originally satirical dystopia and the writing is as smart as it is funny. Director, Bob Byington meets the A+ black comedy with a fresh, catching style edited with a sardonic wit unto itself.

Ben is the film’s dickish straight-shooting protagonist and he’s funny in that he’s deadly serious, conducting himself with an annoyed authority in his search for a girl who wants nothing from him; certainly not his sperm. Meanwhile, societal procreation is in a bleak and confusing place, particularly the role of corporations in this unsettling futuristic evolutionary mishap.

Yet in an insightfully comical film brimming with excellent characters enhanced by the caliber of the acting, the unlikely breakout is Martin Starr as Malcolm, who, despite his complicit role in the machine, offers the dystopian world a sweetness pure enough to redeem the current state of the human race. Infinity Baby is an endlessly funny and surprisingly rich treat.