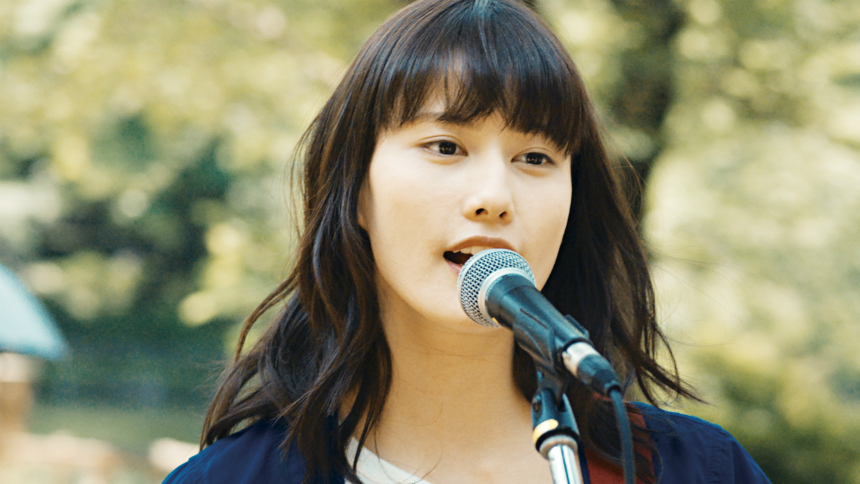 University student Jun (HASHIMOTO Ai), living near Inokashira Park, has a visit from a high school girl, Haru (NAGANO Mei). They search for Haru’s late father’s ex-girlfriend, who sent a letter to the father. However, they find the ex-girlfriend's grandson Tokio (SOMETANI Shota) and he says the woman has passed away. Tokio finds a roll of reel-to-reel tape in his grandmother’s belongings, a recording of a love song that Haru’s father made. Due to tape damage, they can’t listen to the full song, so the three try to recreate the missing parts to complete the song.

Do you feel this content is inappropriate or infringes upon your rights? Click here to report it, or see our DMCA policy.
JapanOsaka Asia Film FestivalSeta Natsuki