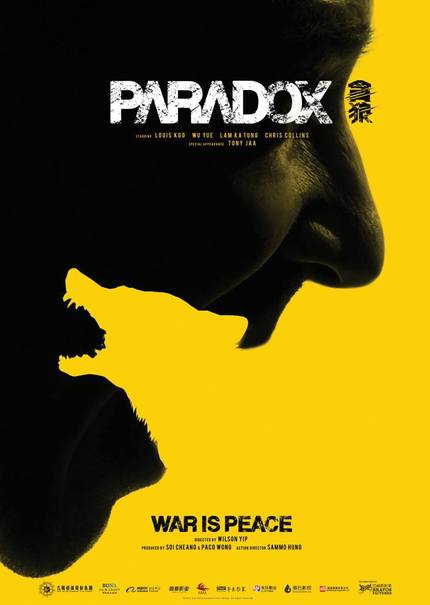 It was back in 2005 that Hong Kong based director Wilson Yip blew martial arts fans minds worldwide with the release of SPL. The dark contemporary crime drama featured amazing fight work from stars Donnie Yen, Wu Jing and Sammo Hung - the latter of whom also choreographed the film - and kickstarted the current career resurgance of Donnie Yen while on the path to becoming an international hit. And while Yip has continued to work in martial arts film since - his continued work with Yen on the Ip Man series of films has been fantastic - he has only done so in a contemporary setting once since, with 2007 effort Flash Point. That changes with the upcoming Paradox.

Reuniting with fight director Sammo Hung, Yip here casts Louis Koo asa police negotiator searching for his abducted daughter in Bangkok where he stumbles across an organ trafficking gang. And helping him along the way? Yep, that'd be Ong Bak star Tony Jaa as a local cop. Cue multiple knees to the face.

As much as I love the Ip Man films it's more than a little exciting to see Yip here getting back down and dirty and away from the more polite approach the period setting and historical grounding of those films required. This looks very much back in the spirit of SPL and the idea of what Tony Jaa can do under the guidance of Yip and Sammo Hung? Yes, please. Check out the trailer below.