LIKE ME: Watch The Exclusive Teaser For Robert Mockler's SXSW Thriller 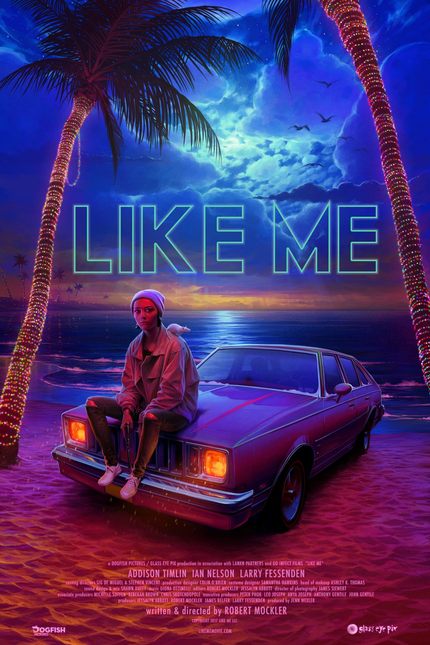 The internet can be a weird and dark place, which is something I think anybody who has spent any amount of time online can agree on. How much online culture will grow to shape society versus how much society shapes online culture is still something to be seen played out around us but as we see a generation now reaching maturity having spent their entire lives inundated in broadband video and social media it's clear enough that it's doing something to us. And what that thing may be is very much the subject of Robert Mockler's striking debut feature Like Me.

After posting a video of herself robbing a convenience store, Kiya (Addison Timlin) amasses a huge social media following. A reckless loner, she seeks some form of genuine human connection. Through her travels, she encounters a drifter, an Internet troll and a paint huffing outsider who are all pulled into her circle of chaos, junk food, and drugs. In a world of fabricated personalities, Kiya is intent on exposing something gutturally truthful about humanity, but ultimately, she must confront herself.

Addison Timlin, Ian Nelson, Jeremy Gardner and Larry Fessenden star and we are very pleased to present an exlcusive first look at the brand new trailer for the film below, one that showcases Mockler's striking visual style. Check it out and let us know what you think!

[In the interests of full disclosure it's worth pointing out that XYZ Films are representing this for North American sales and, yes, I am a part of XYZ. So, yes, you can feel free to question my objectivity but remember while doing so that I've seen the film and I think it's fucking great.]