IT Marks the Spot: First Trailer for New Stephen King Adaptation Gets Gloomy 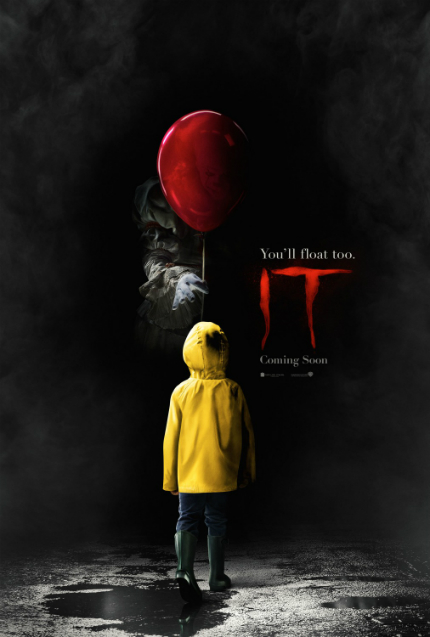 Look, you go into a sewer, you gotta expect troubles. Maybe a giant alligator. Or maybe a really frightening clown.

Stephen King's It postulated that a demonic entity existed in Derry, Maine, that could change into anything that most scared the person beholding it. Some people really have a primal fear of clowns, so that's the form the entity appears in the most to lure his intended victims -- children.

The clown, known as Pennywise, was portrayed by Tim Curry in a TV miniseries back in 1990 or thereabouts, and in the new film version, he's played by Bill Skarsgard, who made a mark as a different sort of creature in the streaming series Hemlock Grove.

The first trailer for It has been released, and it definitely suggests a much darker vision than could be seen on television more than 25 years ago. Andres Muschietti, who did a fine job as director on Mama, has the helm here, and so the movie looks especially grotty and gloomy when the action heads away from the sun.

Have a look below. It will open in North American theaters on September 8.

Do you feel this content is inappropriate or infringes upon your rights? Click here to report it, or see our DMCA policy.
Andres MuschiettiBill SkarsgardItStephen King