GUARDIANS OF THE GALAXY 2: New Trailer Fires On All Cylinders 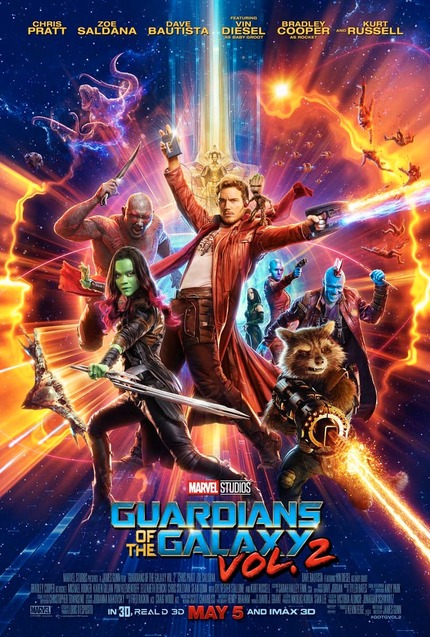 It says something about the success of James Gunn's Guardians of the Galaxy that the marketing campaign for the upcoming sequel requires nothing but teasing out the returning characters with absolutely minimal mention of any sort of plot or story details. Gunn turned the cult comic figures into massive fan favorites to the point that simply knowing that Star Lord, Rocket, Groot, Gamora and Drax are on their way to the big screen is enough to guarantee a big turnout at the box office. But they are, of course, giving more than that.

Story details? Nah, still pretty much none of that ... we still don't know much of anything about Sylvester Stallone's involvement other than the fact he's named on the poster, really. But the growing dynamics between the characters, the scale of the action set pieces and the growing involvement of previously side players? Oh, yeah, we got plenty of that in the brand new theatrical trailer.

Gunn remains an absolutely perfect fit for the material, bringing just the right amount of quirkiness to the large scale action while bringing these characters to life. The first Guardians was about as good as it gets for straight up popcorn entertainment and this looks like more of the same, which is more than all right with me. Check out the new trailer below.

More about Guardians of the Galaxy 2