70s Rewind: THE DISAPPEARANCE, Melancholy Blooms Slowly in the Winter 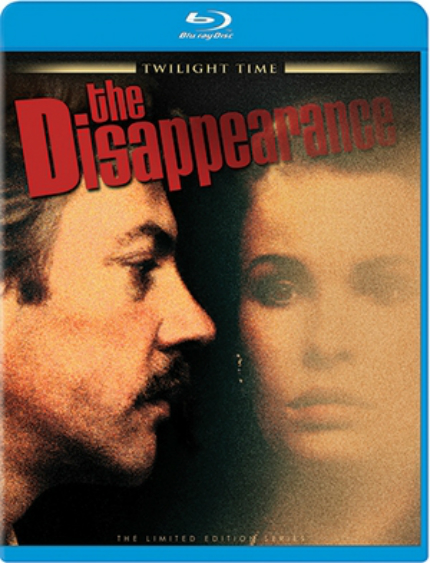 A man returns home after a business trip and discovers that his wife has disappeared.

In the moody drama The Disappearance, directed by Stuart Cooper (Overlord), Jay Mallory (Donald Sutherland) appears to be a successful businessman, living on the top floor of a comfortable residential complex in Montreal. It's the dead of winter and the city is covered in snow. From his apartment, Mallory can look down upon the foggy river(s) below; the season matches his mood.

Mallory begins to search for his wife Celandine (Francine Racette). Simultaneously, he is pressed to move on to his next work assignment, for which he has already received a hefty advance. Burbank (David Warner) visits him at home, and it is then that we begin to understand what it is that Mallory does for a living and why his wife's disappearance is particularly fraught with danger.

Facing a tight deadline and increasing pressure, Mallory can't help but think of Celandine at every turn: how they first met, how they made love, how they dealt with each other, how she grew increasingly frustrated at his prolonged absences, how she hinted at other, adulterous relationships. The movie is less a thriller than a quiet, meditative drama; in effect, Mallory is forced to ponder why, exactly, he loves Celandine, as well as his own actions.

The story behind the making of The Disappearance and its own, subsequent disappearance, is almost as fascinating as the movie. As related by director Cooper in an interview on Twilight Time's limited edition Blu-ray, the script by Paul Mayersberg (The Man Who Fell to Earth), based on a novel by Derek Marlowe, caught his eye. Born in New Jersey, Cooper moved to England in the mid-1960s and began his entertainment career as an actor. After landing a role in The Dirty Dozen and watching director Robert Aldrich at work, however, he realized that's what he wanted to do and thereafter he focused his efforts behind the camera.

His remarkable film Overlord won him acclaim, but he knew that he needed a bankable star to make The Disappearance. He traveled to the U.S, first to meet with old pal Lee Marvin and then his second choice, old pal Donald Sutherland, who resisted until Cooper made a few changes in the script.

Sutherland's love Francine Racette did not have many acting credits at that point, but she makes for a splendid, somewhat chilly foil. Her character, a model, is more an object of beauty than anything else.

Supporting roles are filled by the likes of David Hemmings, who also served as producer; the aforementioned David Warner, another old pal of director Cooper; John Hurt, yet another friend who'd starred in the director's Little Malcolm; Peter Bowles, Virginia McKenna and Christopher Plummer. Sutherland was an established star and he holds the movie together with his reserved presence.

The filmmakers were cheered when The Disappearance was acquired for U.S. distribution, but not so thrilled when it turned out the distributor wanted a more "linear" approach -- which contradicts everything that the movie is about. Cooper was outraged when he finally saw the new version, which cut 30 minutes from his version. He says the U.S. cut only played in New York theatrically for two days to disastrous reviews before it was pulled.

Eventually a new cut was made, trimming 10 minutes from Cooper's original. I watched the director's cut first. Presented in standard definition on the Twilight Time Blu-ray, it's very slowly-paced and deliberate to the extreme. It's perhaps unfair to compare it directly to the new cut, which is presented in high definition and showcases the soft colors and beautiful lighting favored by cinematographer John Alcott (A Clockwork Orange, Barry Lyndon).

Yet I must admit that I prefer the shorter cut. It moves a few things around and trims a few scenes, while retaining the original score and, even more importantly, the flashback structure. The lead character, after all, is haunted by thoughts of his wife; she's always on his mind, so a strictly linear structure would only detract from that. As proof, the Blu-ray includes the U.S. theatrical version's first 15 minutes, which is quite baffling to behold.

The Disappearance is a fascinating curiosity. It falls into the category of wishful, melancholy, very cinematic thinking, almost like a book that's fallen open to a well-worn page.

70s Rewind is a column in which the writer reflects upon his favorite film decade.

Do you feel this content is inappropriate or infringes upon your rights? Click here to report it, or see our DMCA policy.
David HemmingsDavid WarnerDonald SutherlandFrancine RacetteJohn HurtStuart Cooper

I profited $104k in last twelve months by working from my home and I did it by w­orking part-time f­­o­­r few hours daily. I followed an earning model I was introduced by this web-site i found on-line and I am so excited that i made such great money. It's newbie-friendly a­­n­­d I'm so happy that i discovered it. Here’s what I do... http://www.wzurl.me/m7IQvg

I profited $104,000 previous year by doing an online job and I did it by working part time f­o­r few hrs each day. I followed work opportunity I stumbled upon online and I am happy that i earned so much money on the side. It's so user friendly a­n­d I'm just so blessed that I found out about this. This is what i do... http://www.wzurl.me/tPSR1w