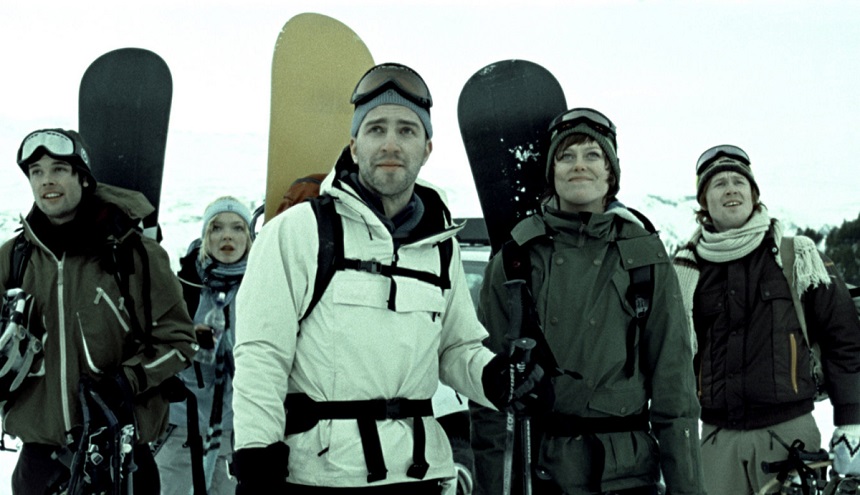 Cold Prey was one of the films at the head of a rash of genre flicks coming out from the Nordic region, what we now called the Nordic Wave. While Cold Prey would be considered tame when compared to North American stalwarts, at the time, anything from the rest of the World that could hold a candle to its forebearers was worthy of consideration.

The franchise would go through bouts of sequel-itis and prequel-itis in 2008 and 2010. I believe we are far enough removed from the original film that an English-language remake is fine. North America has enough remote resort towns along the Rockies or the Northeast that locations will not be an issue. Cold Prey was committed to following the rules of the slasher genre so there should not be any protesting WWE Studios for taking what was the norm and making it... the norm again. It will be done cheap, quick and with a lineup of pretty young faces just happy to have the opportunity.

The original film and its sequel were well-made. Not reliant on gore but instead deriving thrills from a suspenseful buildup (like the original Halloween). Much like Toni Erdmann, this remake feels unnecessary since there's nothing to add to the original film in creative terms.

COLD PREY is probably my favourite slasher after the original HALLOWEEN. I just thought it was so well-made and had the most 'plausible' killer of any of them.

And, yes, the sequel is excellent as well. Both are great showcases for the awesome Ingrid Bolso Berdal, who was just all extra bad-ass in WESTWORLD.

Sorry. I don't think we need an English remake. The originals stand up fine. Then again, I'm not part of the typical American film audience.

i remember frit vilt. it was ok slasher. the sequal was weak though.