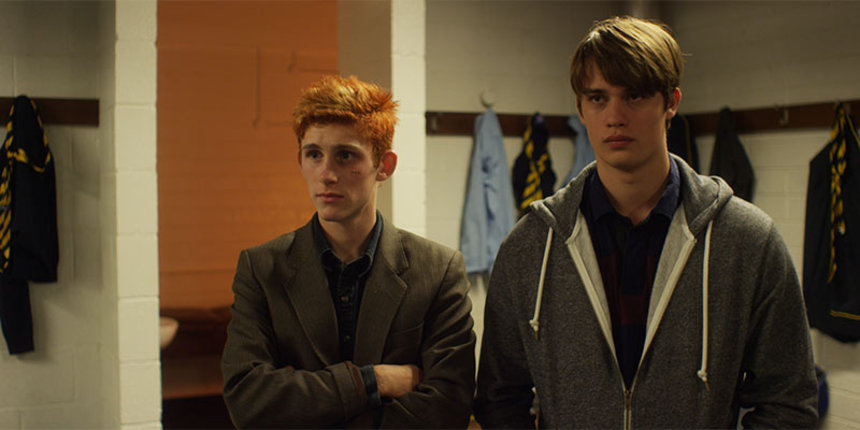 Irish writer-director John Butler won a lot of love in these pages with his debut feature The Stag - later released on these shores as The Bachelor Weekend - and he has followed that crowd pleasing comedy with an equally strong second effort in Handsome Devil. Here's how the film was described on its premiere at the Toronto Intenrational Film Festival:

With his dyed hair, willowy build, and penchant for sexually ambivalent pop and rock from generations past, 16-year-old Ned (Fionn O'Shea) has never fit in at the rugby-mad boarding school his father insists he attend. Determined to simply keep his nose down and weather another year of loneliness and bullying, Ned is pleasantly surprised when he develops a friendship with his dashing new roommate, Conor (Nicholas Galitzine), a rugby virtuoso with issues of his own.

The boys bond over music and start to practice guitar together. At the encouragement of their English teacher (Andrew Scott), Ned and Conor enter a talent show at a local girls' school. As both talent show and rugby season loom, however, the pressure on Conor to choose between manly athletic discipline and more artistic pursuits threatens to tear him apart — while Ned is increasingly tempted to betray Conor's trust in order to save his own skin.

With the film's Irish release coming in April the first theatrical trailer has arrived and it captures the spirit of the thing quite nicely. Take a look below.