Don't expect a dark Austrian comedy that shoots from the hip in Josef Hader's new movie. 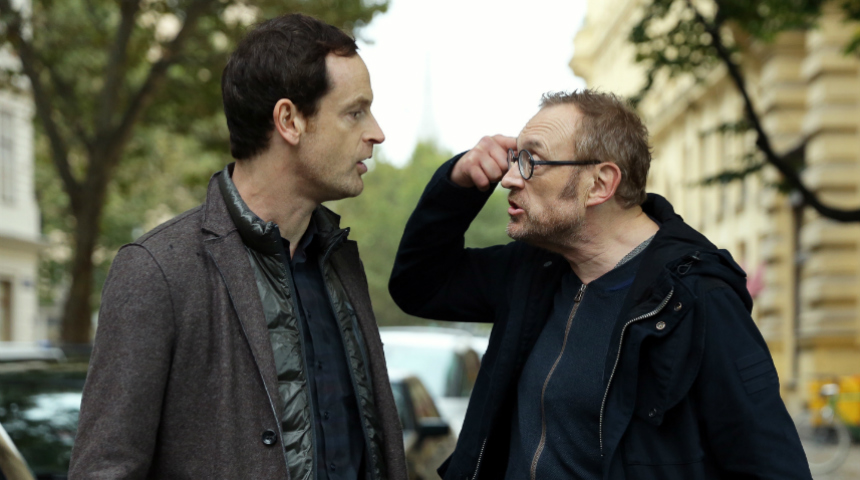 Josef Hader, the writer, director and lead actor of new Austrian comedy Wild Mouse, definitely has comedic pedigree. He's won best actor awards at Locarno Film Festival and written and starred in adaptations of his acclaimed play Indien back in 1993. These are achievements which have lead him to become a leading comedian in Germany, and no doubt prompted the inclusion of his directorial debut's in this year's Berlinale's main competition. But this trio of roles may have been one step too far.

It's not that Wild Mouse is terrible. Far from it. A number of people seemed to be enjoying it, and if you enjoyed Hader's previous work, then Wild Mouse may well be for you. It's just that the film is not that good or (more importantly) all that wild at all! As is always the risk with comedies, the rather more anarchic-looking trailer has mostly managed to condense the film's finest moments into something that seems somewhat better than it actually is.

The irony, of course, is that the movie is about a downtrodden classical music critic who tends to savage the performances he sees in a column he's held for some 25 years. This irony could, no doubt, even work well as a defence mechanism against all those critics who are now going to have to labour to out-do the source material. But the fact remains that many of us are now going to have to log on, knuckle down and explain why Wild Mouse felt like such a tame and wasted slot in the competition.

The movie is certainly a good example of Schadenfreunde - that wonderful word we borrow from the Germans to refer to that humour which lies in the suffering of others. And that's because almost right from the start, Hader's character Georg loses his job and then in a series of crises begins to lose the plot altogether. But his journey getting to irate never feels as deliciously harsh as something like The Thick Of It, and neither does it have the mind-boggling absurdity of something like Being John Malkovich.

Instead, Wild Mouse is mostly made up of an ongoing feud between the Viennese protagonist-critic and his German editor, plus a parallel side dish of conflict between him and his relationship-counsellor wife who desperately wants to have a baby. And yes, that is an utterly unoriginal attempt at creating a middle-aged, female main character.

Sudden unemployment and conflict pushes Georg to repeatedly take refuge in a tacky world of funfair entertainment, and in turn he reopens a "wild mouse" rollercoaster ride with a man (Georg Friedrich) who used to bully him at school. That obviously doesn't make any sense at all, but in a piece of almost absurd masculine crisis fiction about the character's inability to achieve anything he actually wants, I suppose it doesn't really have to. Friedrich's role, however, is unfortunately a pale follow up to his performance in Aloys, which completely rocked my world at Berlinale last year.

And despite the smatterings of Austro-German banter and the Austrians in the cast, Wild Mouse feels decidedly German... and in the history of feature-length comedy, that tends to be a very bad thing. You do have to wonder whether Hader has perhaps been plying his trade in Germany a bit too long, because Wild Mouse just feels so damn safe and benign, which a big problem in home-grown German comedies, I would say.

It's not as if the film has no elements of dark humour either, it's just that by the standards of Austria's typically (and enjoyably) warped sense of humour, this film feels decidedly muzzled. With the exception of one all-or-nothing scene where Hader literally puts his body on the line by semi-nakedly prancing through a field of Austrian snow, this film just does not feel like it takes enough comedic risks.

In truth, Hader is known for recently moving into more dramatic realm of film and television, and it may be that this film was intended to fit into that groove. But I'm just not even sure if this film would qualify as a particularly good comedy-drama hybrid either. Perhaps this is just a film aimed at an older or less alternative crowd, and this feel-good kind of vibe is also fine - but just make sure you don't go into Wild Mouse expecting a dark Austrian comedy that shoots from the hip.