James McAvoy stars as a man with Dissociative Identity Disorder in SPLIT, a new thriller by M. Night Shyamalan. 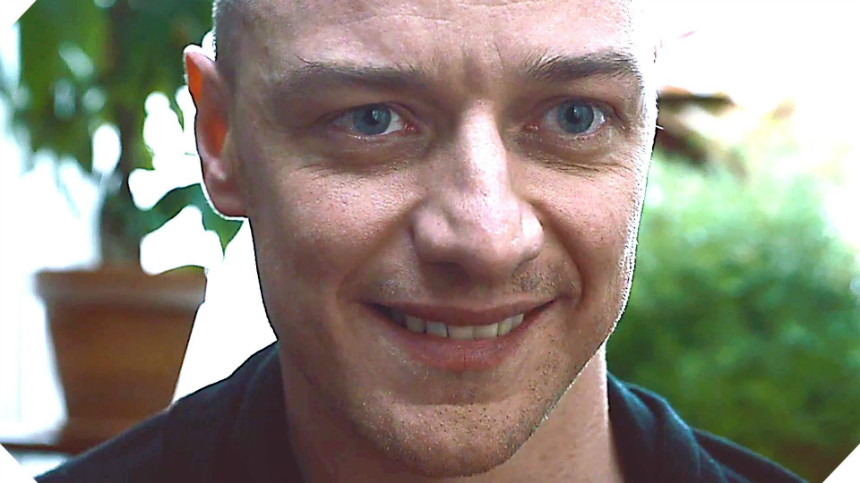 Split has it both ways; it is a film that creatively capitalizes on the thriller genre, and an excellent example of the quality and innovation the much-maligned director was initially lauded for. Through directing epic-scale flops (The Last Airbender), smaller passion project horrors (The Visit), and whatever the hell Lady in the Water was, M. Night Shyamalan has definitely sharpened up for its latest effort.

Much criticism and analysis has been put forward regarding Shyamalan's declining trajectory of directorial features. He arguably peaked after alien thriller Signs (2002), and despite his involvement in the excellent recent first season of Wayward Pines, his other films have been intensely ridiculed. Although Split can easily be picked apart, it is one of his best films. The director even cameos, although not quite Hitchcock level as he plays a bit part as 'Jai, the Hooters lover'.

Shyamalan ensures that the pieces naturally fall into place as the bizarre concept of Split is presented both intriguingly and disturbingly on-screen, with little signs of a truly major film-breaking twist. You will be looking for one though, as the film drops potential cookie crumbs to what is essentially a played-out captivity scenario. Three girls are abducted in broad daylight by the extremely creepy Dennis (James McAvoy), they are locked away securely and tightly in a recently renovated but unknown facility.

Slowly they begin to realize their purpose as the film jumps between their escape attempts, Dennis's shrink Dr. Karen Fletcher (Betty Buckley) and Dennis himself, who is actually also Barry, Patricia, Hedwig... all up, he is twenty-three different personalities. The good doctor is aware of, and actively studying his unique condition, afterall, a Skype conference to her peers provides the exposition for most of the films plot. After she realizes that two of his personalities are clashing with the others however, the film kicks into gear as one disturbing detail after the other paints a highly disturbing picture.

Despite the tight screenplay, much of the film's success hinges on McAvoy's twenty-three-man performance, and although not all of them are portrayed, there is enough energy and lunacy to carry this unique role. McAvoy is of course no stranger to twisted genre efforts (Wanted, Filth, Trance) where he has played all shades of anti-hero, so the actor is a perfect fit for such an ambitious villain.

It is when McAvoy quickly goes from an over-the-top caricature to a genuinely disturbing one, that the whole idea works best. The rest of the film's success lies in how it portrays Dissociative Identity Disorder and mental illness; the antagonist is self-scrutinized, he is a constant source of conflict and chaos that should not play out as well as he does, and yet the film avoids most mental health cliché plot holes most films in Hollywood fall into.

Additionally, Split is a strangely empowering film, it not only tackles tough subjects like mental health, but also sexual abuse and past trauma. What it does with this material is incredibly fascinating as it weaves into the fate of the plot. Unfortunately a lot of this good work is squandered and thanks to the final moments there is a frustrating sense of non-resolution. Without spoiling the film, all I can say is that it is particularly annoying as this kind of reveal has become a trend and painfully standard in Hollywood.

Despite the complex machinations of the identity disorder plot, the question remains: Is there a twist? The film certainly plays with the expectation of one; both in the tropes the captivity thriller offers, and the knowledge of Shyamalans previous shockers. Regardless, Split is a clever thriller that recalls the filmmaker at his best.

Do you feel this content is inappropriate or infringes upon your rights? Click here to report it, or see our DMCA policy.
Anya Taylor-Joyjames mcavoym. night shyamalanreviewsplitthriller