Slamdance 2017 Review: AEROTROPOLIS, An Elegantly Made Portrait of (Sub)Urban Alienation 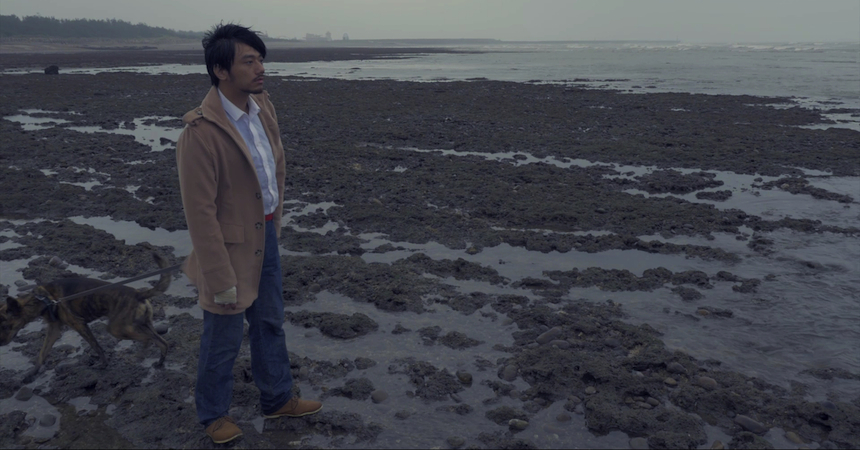 From the shards of a failed municipal project comes Aerotropolis, Li Jheng-neng’s remarkable debut feature, which has qualities that will be familiar to intrepid art filmgoers, especially those conversant with the films of Li’s fellow Taiwanese countryman Tsai Ming-liang. The long takes, minimal dialog, general sense of urban anomie, sexual longings – all are present and accounted for. But despite these clearly identifiable stylistic antecedents, Li has delivered something much more interesting, and more impressive, than a mere Tsai carbon copy. He augments all this with a subtly absurd sense of deadpan comedy – a la Jarmusch or Kaurismaki – as well as some pointed political bite, making Aerotropolis feel bracingly fresh, absorbing, and surprising.

The title of this piece refers to an ambitious urban development project undertaken last year by Taoyuan, a city in northwestern Taiwan close to Taipei. The project was planned as a major transportation hub for air and marine transportation, as well as manufacturing. However, it has pretty much been a failure, with thousands of residents forced out of development areas, an airport subway line begun but never completed, unaffordable luxury properties standing empty, and land sold at wildly inflated prices. Not to mention conflicts of interest and corruption scandals among government officials overseeing the project.

Against this backdrop drifts Aerotropolis’s protagonist Allen (Yang Chia-lun), who’s invested all his inheritance money in real estate, hoping to take advantage of the market bubble created by the Aerotropolis project. Unfortunately, as the film begins, this quest is shaping up as a failure, as he is unable to get any buyers interested in the properties and the land he has bought in the area. Although he owns a luxury property, in order to keep it in proper order for potential buyers, Allen essentially lives like a homeless person, sleeping in his car and using public washrooms at the airport.

Allen does sometimes use the luxury apartment for occasional visits from his girlfriend Tzu (Liu Jui-tzu), a flight attendant whose globe-trotting schedule affords them little time together. As a result, Allen mostly drifts aimlessly around sites of sterile suburbia such as supermarkets and generic airport mall spaces, as well as weedy, desolate land development areas and swampy marshland. He stares longingly at the airplanes taking off from the airport, symbolizing Tzu, whom he barely sees, as well as the many people who are able to escape far away from the physical and psychic desolation he remains trapped within.

Allen is also a devout Christian, or rather is struggling to be one, blasting a choir-sung gospel song that he plays repeatedly while struggling to repress his wayward sexual desires. The one would-be sexual encounter between Allen and Tzu that we see is interrupted, deflated and dissipated by Allen’s inability to go all the way with her, rather absurdly becoming a dry-humping session that ends with Allen playing the gospel song.

These financial and sexual failures cause Allen to slowly lose it psychologically over the course of the film, fishing a cardboard cutout female flight attendant out of the water, spying on a woman in an adjacent apartment, and stalking a much younger woman he notices in the area. Eventually, his pressures cause him to explode and literally lash out against his oppressive environment.

Li has created a visually striking portrait of urban and suburban alienation, elegantly constructed and conceived. This is even more remarkable considering the very limited means with which he made this picture. Li himself wore most of the hats; besides directing and writing, he also shot, edited, and handled both sound and production design. He was part of a crew of three, wrote the script in three days, and made the film on an 11-day shooting schedule and a budget of $7000. Nevertheless, the impressive results bode well for Li’s future projects, not to mention what he could do if he was given real money to make a film.