This week, we feature an especially rewarding set of recommendations for viewings over the Martin Luther King, Jr. holiday weekend. And I can't help but note the irony of celebrating the life of one of the greatest Americans who ever lived, just a few days before the coronation of one of the very worst.

(OK, political mini-rant over. Back to the movies.)

This weekend's featured choices include a tribute to David Bowie - who we lost a year ago this week - at Japan Society; some of the best films by Eric Rohmer and Steven Spielberg at Metrograph; three key entries in the Rocky series, also at Metrograph; and a master class from visual effects maestro Rob Legato at Museum of the Moving Image.

Click through the gallery below for more details of the goodies on offer this weekend. 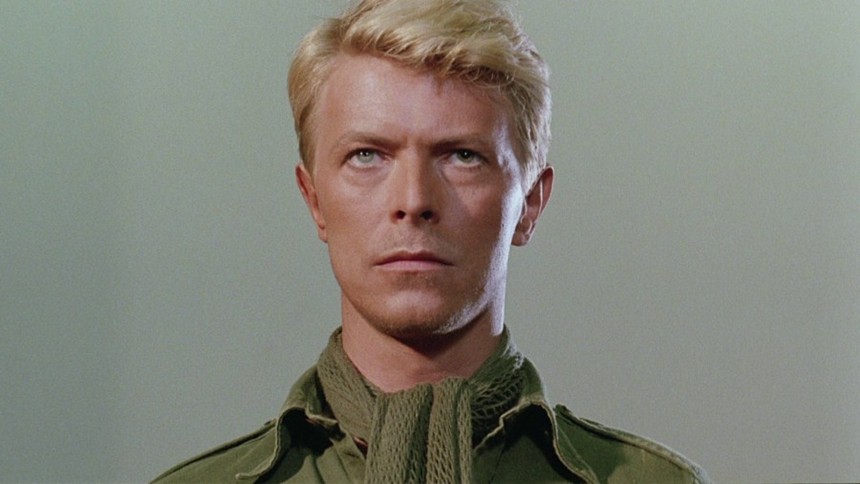 Japan Society honors two groundbreaking artists, David Bowie and Nagisa Oshima – who both passed away around the second week of January (Bowie last year, Oshima in 2013) – with this singular collaboration. Bowie’s inimitable visual presence and his unique chameleon-like ability to adopt radically varying personae always went hand in hand with his music. Whether in music videos, live concerts, or feature films, he never ceased challenging himself and his fans, always stretching the boundaries of what was possible in every artistic medium in which he worked.

Merry Christmas, Mr. Lawrence captures one of Bowie’s very finest screen performances, as a British officer held in a Japanese POW camp during World War II, an enigmatic character who becomes an object of fascination for two of the camp commanders, played by equally talented multi-hyphenates: composer Ryuichi Sakamoto and future actor-director Takeshi Kitano. Oshima’s intricately ornate mapping of the complex relationship between captors and captives – here involving violence, humor, and repressed sexuality – creates indelibly memorable atmospherics. This screening is a rare opportunity to view this beautiful work in 35mm. 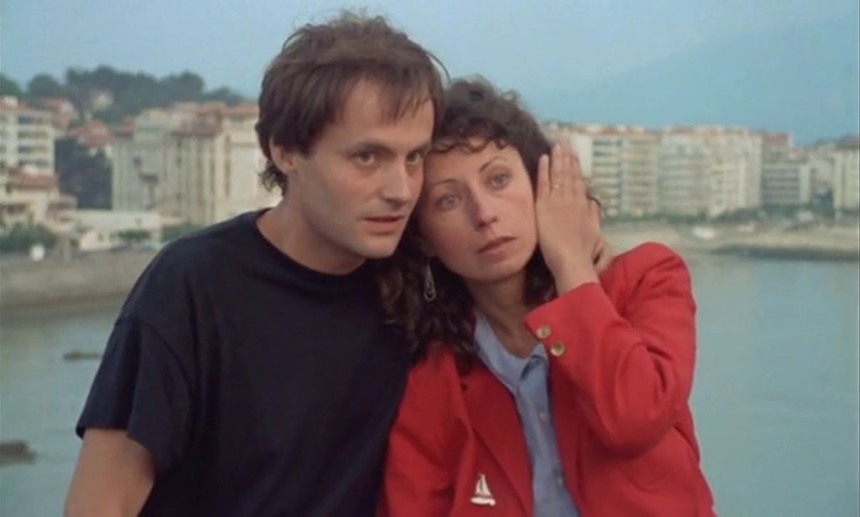 Rohmer may have gotten a later start in filmmaking than such French New Wave peers and colleagues as Godard, Truffaut, and Rivette, but he more than made up for it by creating a formidable and deeply influential oeuvre that consisted of unfailingly witty, literate, and formally brilliant studies of human behavior, conversation, and emotion. Antoine de Baecque and Noel Herpe’s new book Eric Rohmer: A Biography occasions this mini-retrospective, featuring some of the director’s greatest hits, such as: Full Moon in Paris (1984; Jan. 13, 5pm and 9pm); Pauline at the Beach (1983; Jan. 13, 7pm); and my personal favorite, Le Rayon Vert (pictured) (1986; Jan. 16, 4:30pm, 7pm, and 9pm). 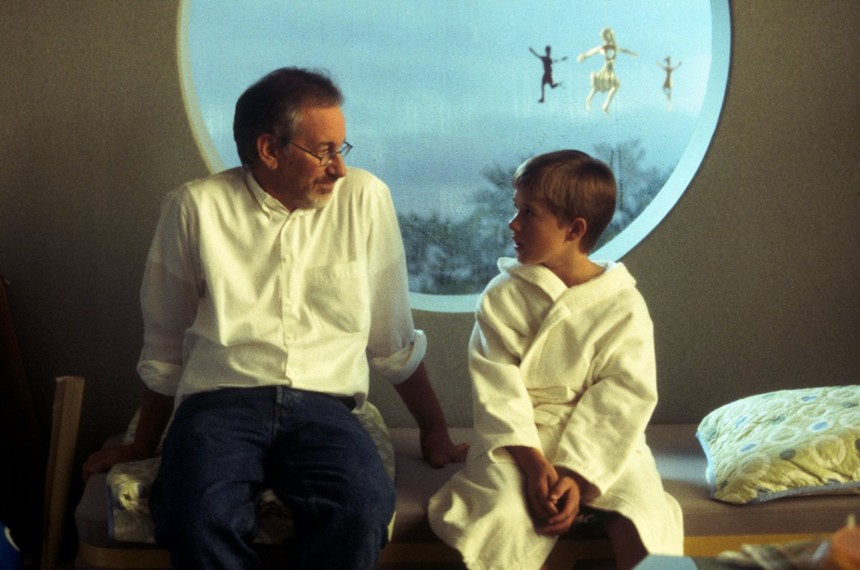 Spielberg by Haskell at Metrograph

Another influential auteur receiving a mini-retro, also inspired by a recent book release, is Steven Spielberg, who remains a major force well into the fifth decade of his career, and who’s still making astoundingly good films, as evidenced by his most recent release Bridge of Spies (which I reviewed here). Also astoundingly good is the film critic Molly Haskell, whose 1974 book From Reverence to Rape is one of the definitive works of feminist film criticism, and is just as relevant today as when it was published. Haskell’s new book Steven Spielberg: A Life in Films is as great an excuse as any to revisit some worthy entries in Spielberg’s vast and varied filmography, such as The Lost World: Jurassic Park (1997; Jan. 14, 12pm); Empire of the Sun (1987; Jan. 14, 2:30pm); A.I. Artificial Intelligence (2001; Jan. 15, 5:30pm) (pictured); and Minority Report (2002; Jan. 16, 4pm and 6:45pm). All films screen in 35mm, and Haskell will introduce Empire of the Sun and have a book signing afterward. 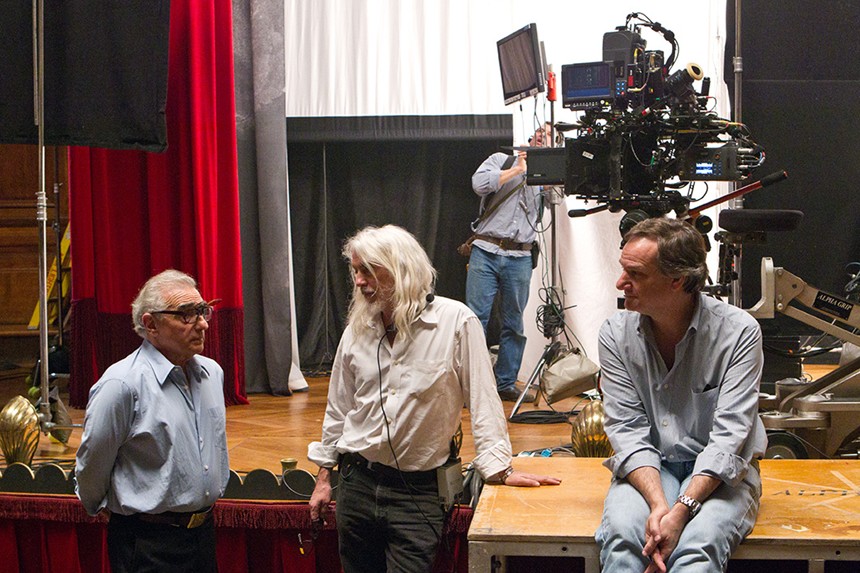 An Afternoon with Rob Legato, Visual Effects Master at Museum of the Moving Image

Visual effects supervisor Rob Legato is a pioneer in his field and one of its most sought out practitioners. Among his many credits are Apollo 13, Titanic, Armageddon, Harry Potter and the Sorcerer’s Stone, Avatar, and most recently, The Jungle Book. But his most frequent and longest collaboration is with Martin Scorsese, for whom he was the chief visual effects artist on most of Scorsese’s films for the past decade. These include The Aviator, The Departed, Shutter Island, Hugo, and The Wolf of Wall Street. In conjunction with their Scorsese exhibit and retrospective, the Museum of the Moving Image will host a master class held by Legato, in which he will discuss his career and creative process, illustrated of course with lots of film clips from an impressive body of work. (Jan. 15, 1pm; info/tickets) 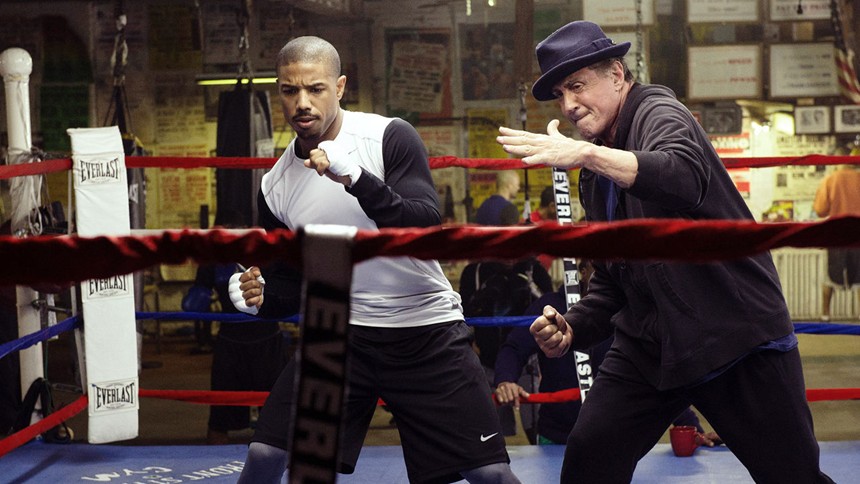 In 1975, a struggling New York actor named Sylvester Stallone, with just a few bit parts to his name, and frustrated with his inability to make real headway in his career, banged out a script about a struggling boxer inspired by a Muhammad Ali boxing match that he had just seen on TV. The story paralleled his own life, and he knocked it out in about three days as a Hail Mary last ditch effort towards success. Or so the legend would have it.

We all know what happened next: box office success, best picture Oscar win, and then a series of sequels and other Stallone projects that expanded upon his scrappy underdog character to ever diminishing returns. Then in 2006, 16 years after the fifth installment, Stallone revived the series with the very well received Rocky Balboa. And then, nine years later, the saga came full circle with another talented newcomer, Ryan Coogler, at the helm with Creed, which continued the story with a brilliant, heartfelt revival of the spirit of the original classic. The film also revived the character of Rocky Balboa, containing one of Stallone's best performances in a long time, as well as confirming the great talents of Coogler and star Michael B. Jordan. It was both an homage and a passing of the torch, executed with truly impressive emotional heft.