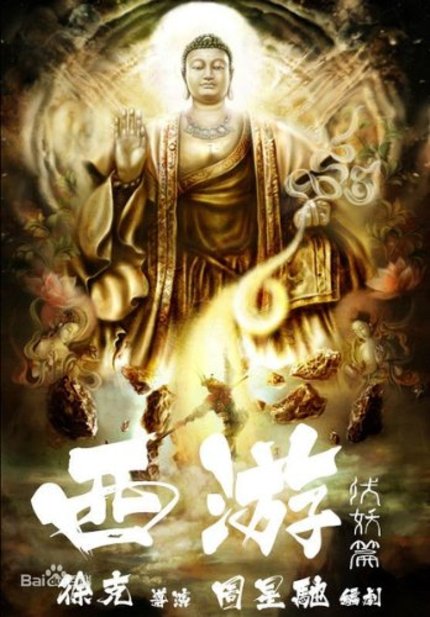 Back in November producer Stephen Chow and director Tsui Hark kicked off the press campaign for their upcoming Journey To The West: Demon Chapter with a teaser trailer made up of raw, unfinished footage and a whole lot of playful bickering between the two big screen icons. And they're back now with a new teaser - one that upgrades the footage with the first look at fully finished visuals but keeps the bickering.

Journey To The West is, of course, an absolutely mammoth property across Chinese cultures. It's been fertile ground for Chow in the past and with Chow coming off the massive success of The Mermaid - a film which grossed over half a billion dollars at the Chinese box office alone - and Tsui on no minor hot streak of his own there is virtually no way that this could be anything but a smash hit, a fact that Chow and Tsui seem to be taking advantage of with one of the most silly, playful and flat out fantastic ad campaigns of recent memory. they're the stars of this thing at least as much as the source material and the actors on screen, they clearly know it, and they're having an absolute blast taking the piss out of themselves.

Check out this latest teaser - English subtitles included - below!

More about Journey To The West: Demon Chapter