Arnold Schwarzenegger and Jackie Chan Team Up in JOURNEY TO CHINA: THE MYSTERY OF IRON MASK Trailer and Images 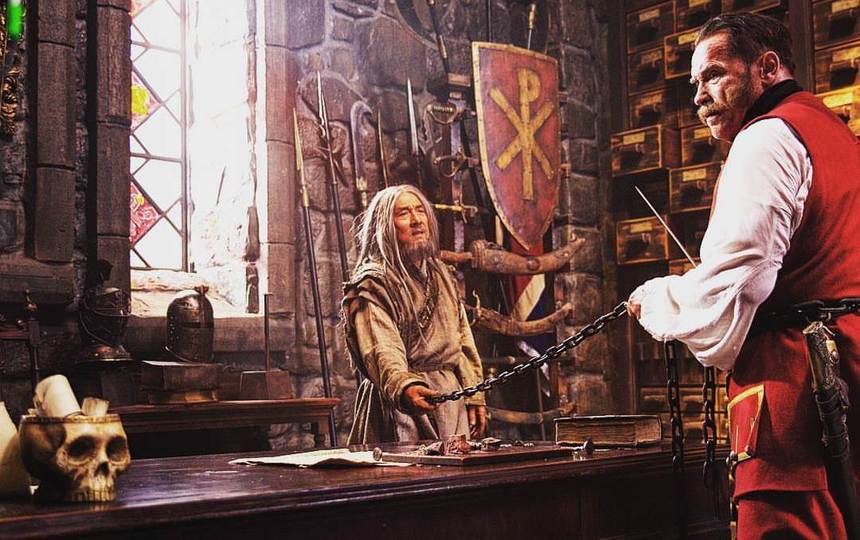 Like our founder and editor Todd Brown, I am obsessed with, and flummoxed by, the troubled history and ongoing weirdness surrounding Russia's modern adaptation of Viy. Ten years in the making, the film finally got released last year under the international title Forbidden Empire, and, while it was a fun film full of whimsy and wonderful creatures, it was, by all accounts, something of a disaster all in.

Except, maybe it wasn't?

Earlier in 2016 it was announced that Viy-2 was rushing into production with the aid of Chinese funding and two massive stars on board, Arnold Schwarzenegger and Jackie Chan. Fantasy regular, Jason Flemyng also returns to reprise his role as cartographer Jonathon Green along with Rutger Hauer.

Here's where it gets weird again. If Russia is intent on turning the adventures of Jonathon Green into a franchise, you'd think that either "Viy-2" or "Forbidden Empire" would stick as titles. Nope, the film has undergone yet another name change, becoming the mouthful that is Journey to China: The Mystery of Iron Mask, eliminating any connection to the famous Russian fable or the first film adaptation.

Below you'll find the first trailer for the film. It's in Russian with no English subs.

Since the film's two biggest names don't make an appearance in the trailer, we've also included the first official image of Schwarzenegger and Chan. Together at last!

Synopsis: The English traveler Jonathan Green receives from Peter the Great an order to map the Russian Far East. Once again he sets out for a long journey full of incredible adventures that will eventually lead him to China.

The cartographer will unexpectedly face a lot of breathtaking discoveries, encounter bizarre creatures, meet with Chinese princesses, and confront deadly martial arts masters and even the king of all dragons - the Dragon King. What could be more dangerous than meeting eye to eye with Viy, except doing it again? What would be stronger this time - a staunch skepticism of the scientist or the old black magic that has seized power of Eastern lands?

I have no idea when this is coming out. If all goes well, it will be under 10 years. 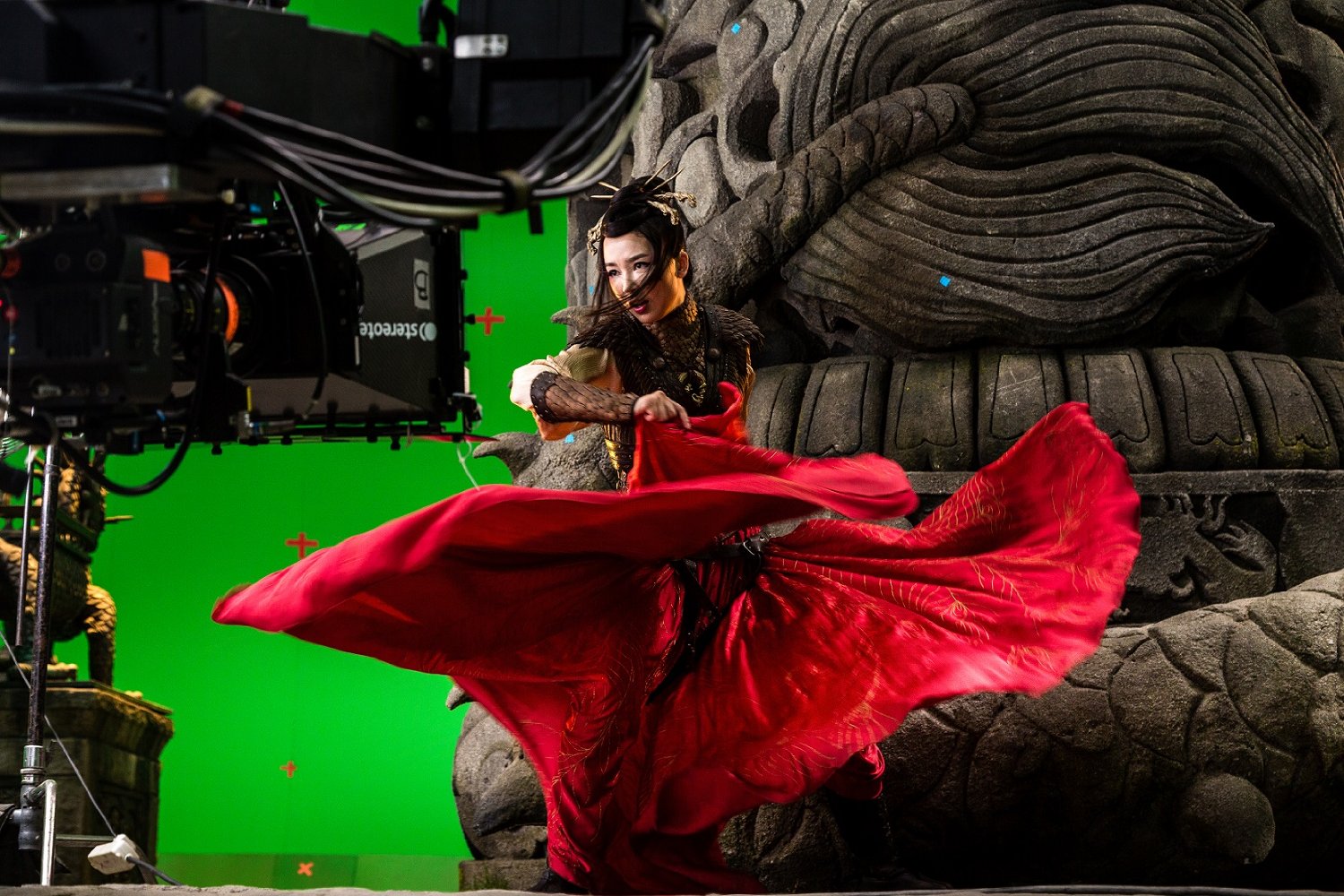 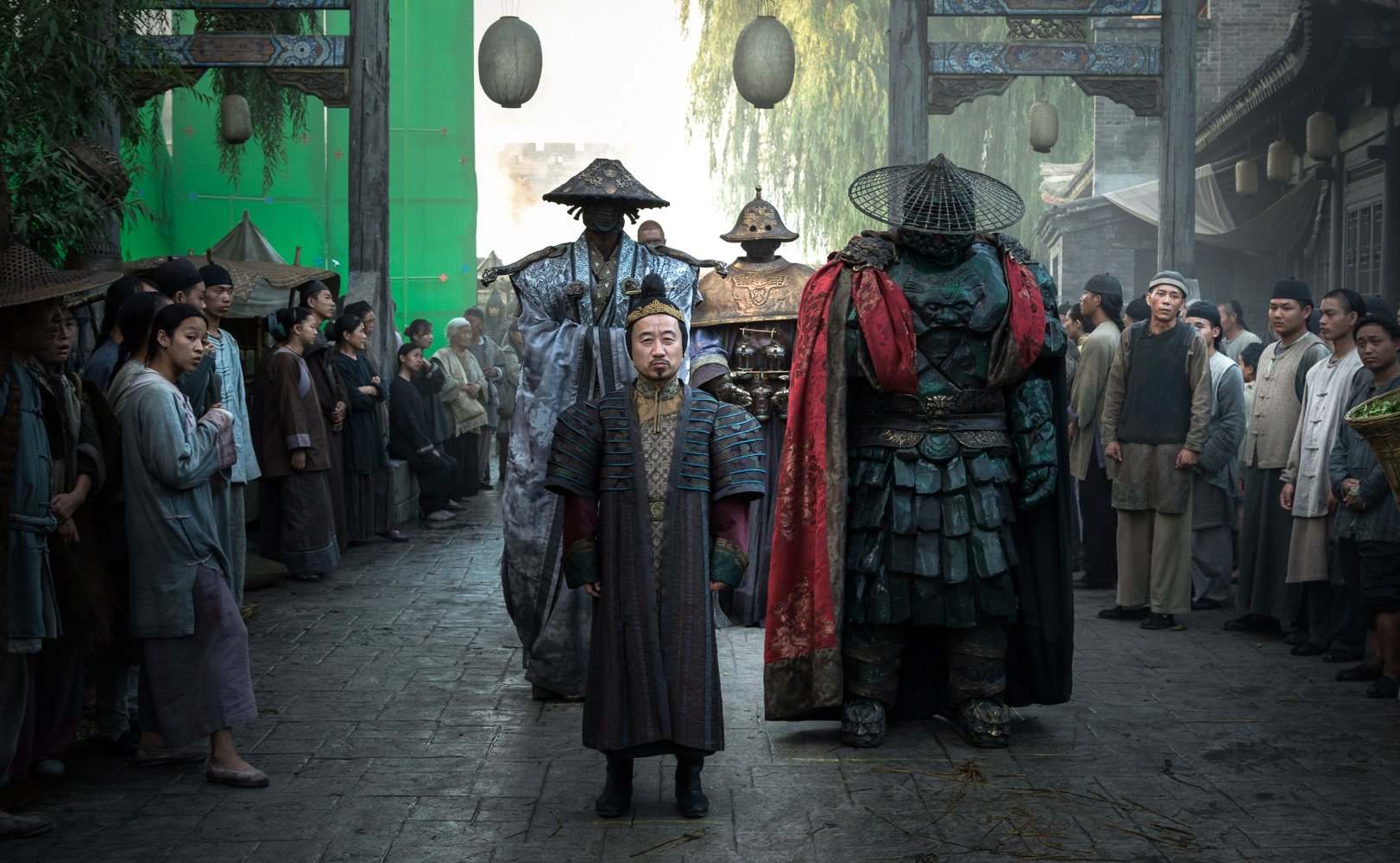 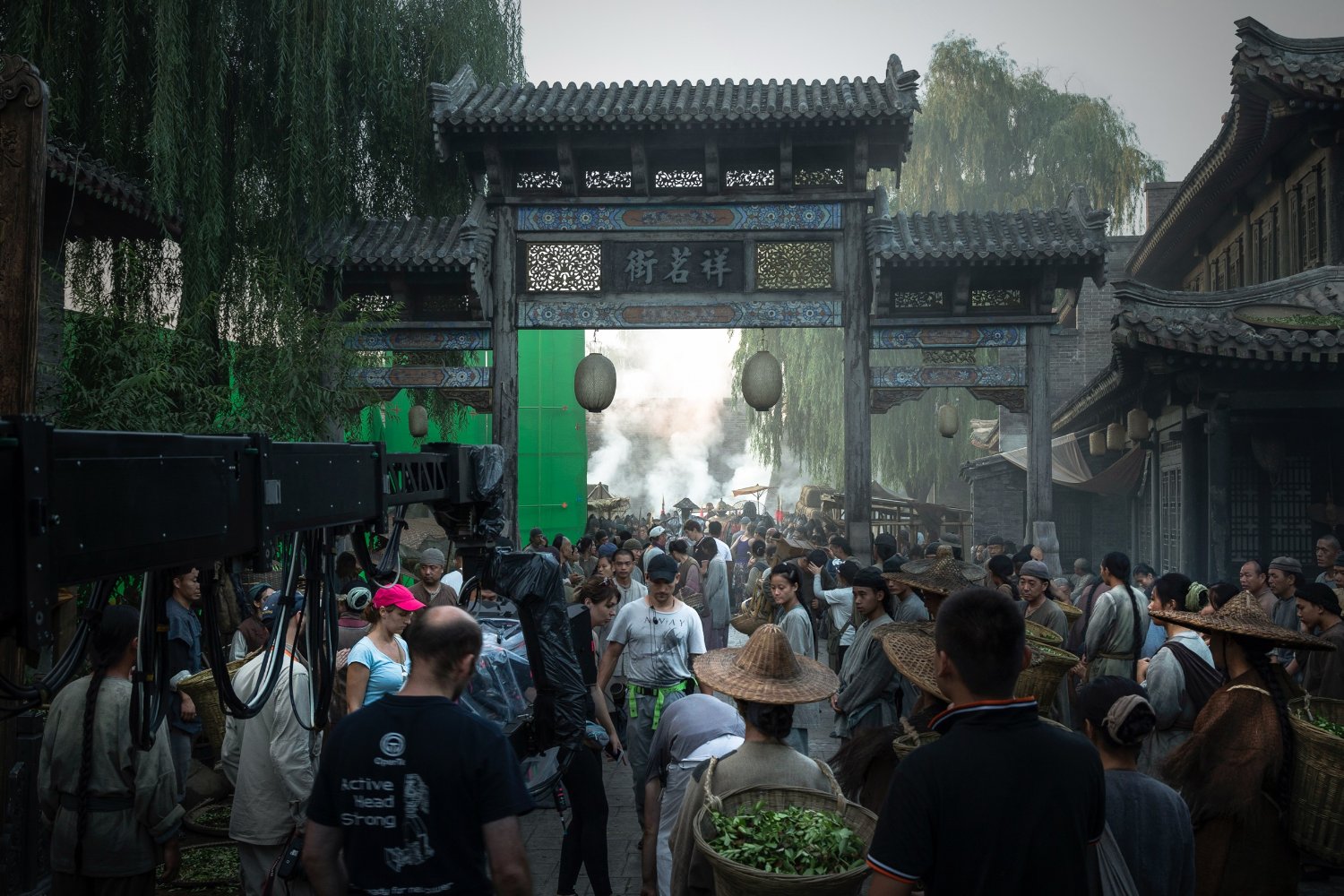 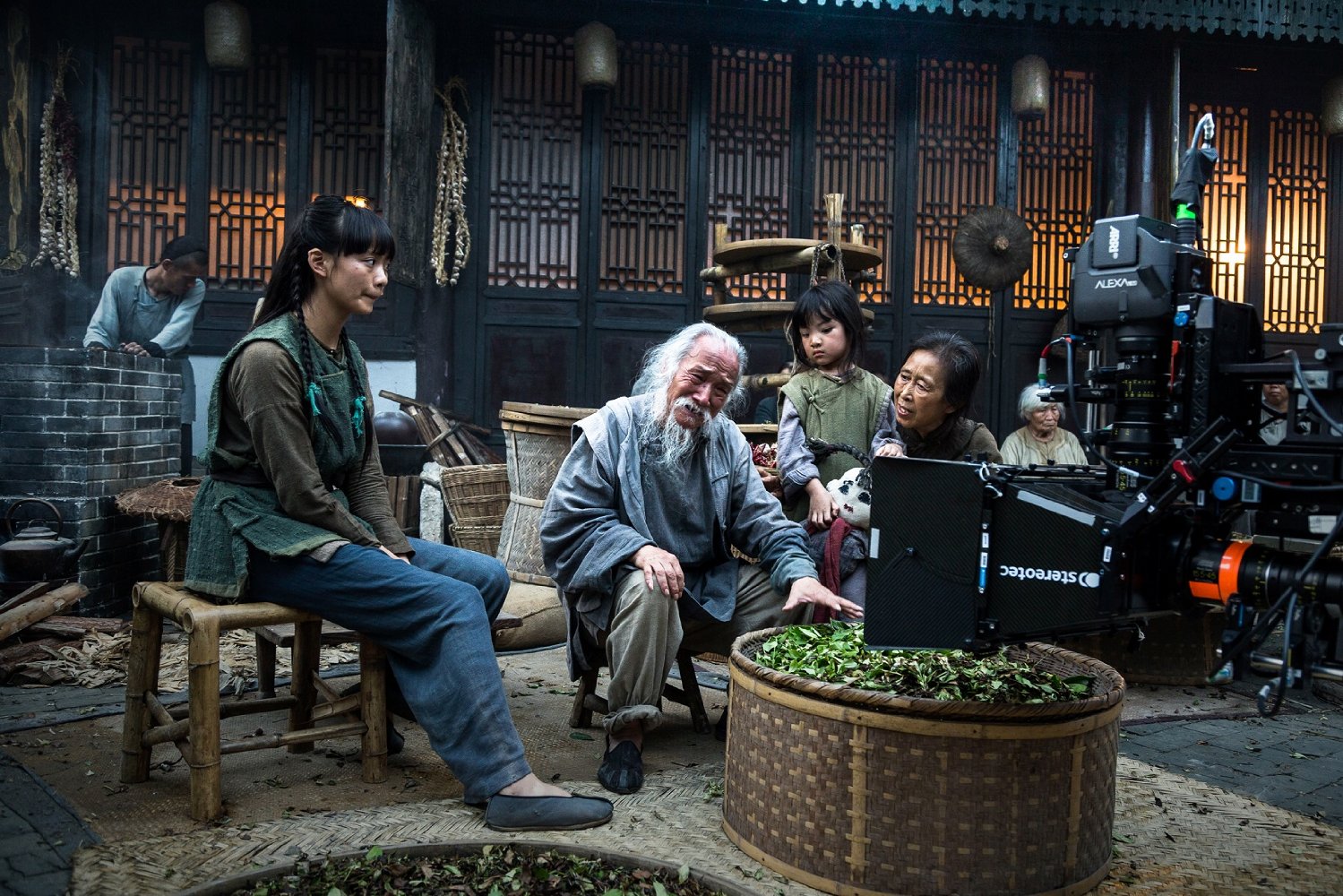 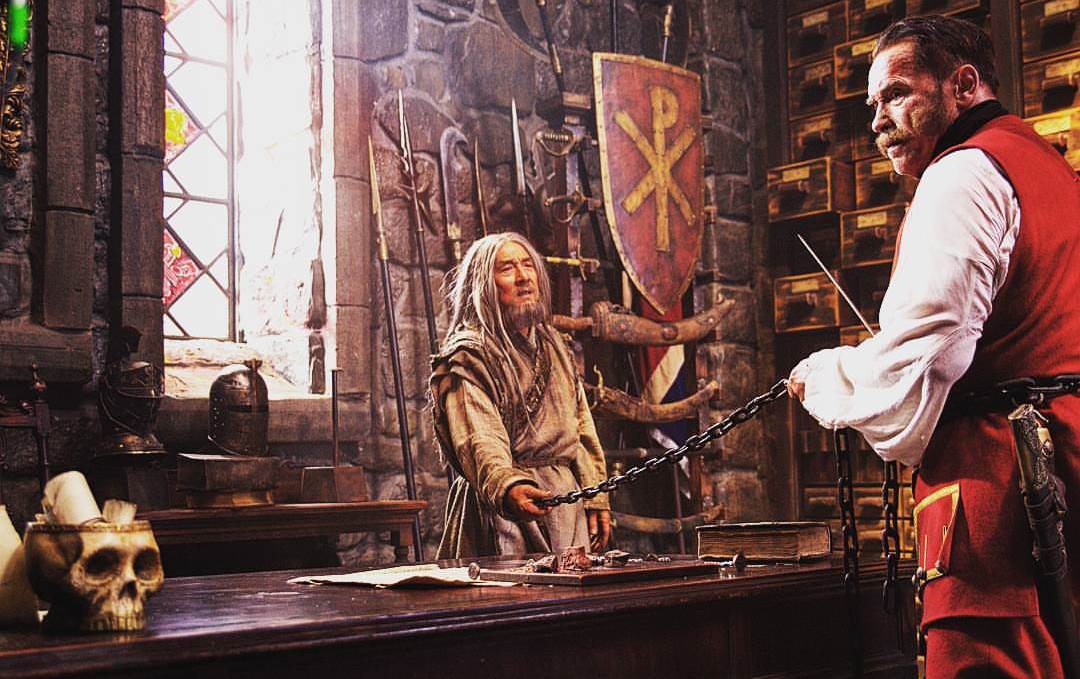 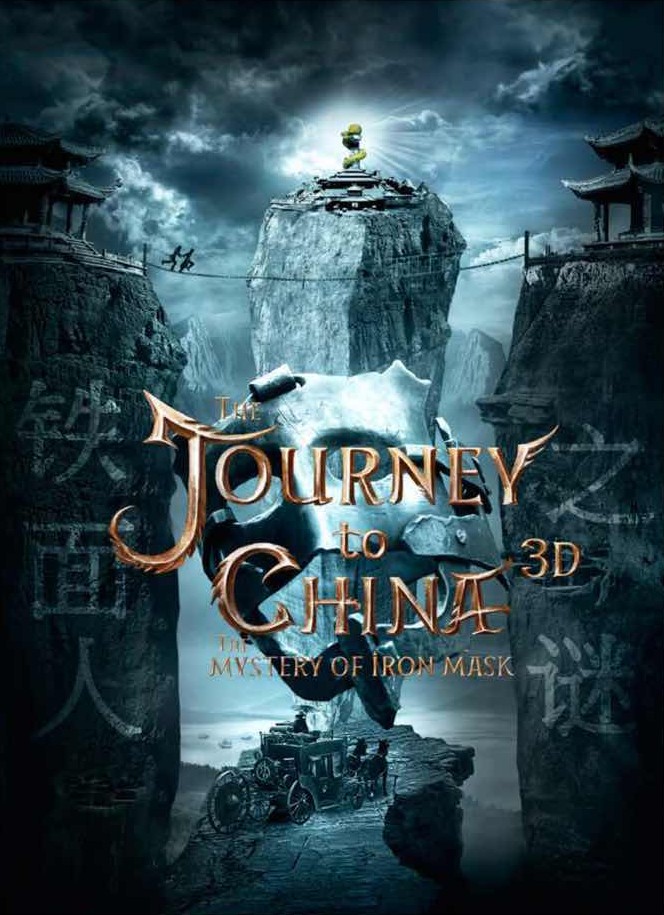 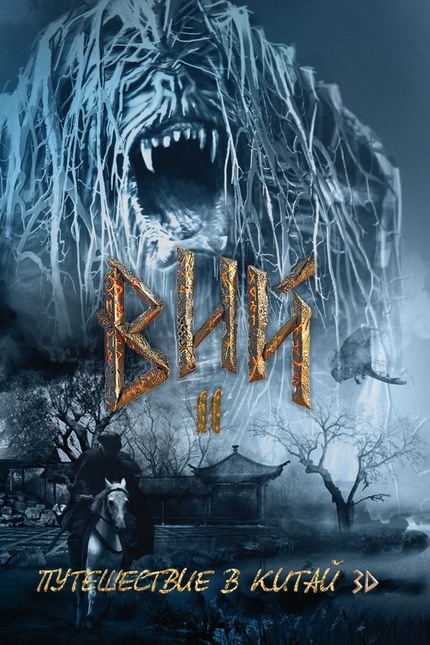 More about Viy 2: The Mystery Of The Iron Mask

According to the VIY website, the movie planned after this one will be "Journey to India". So it looks like this "Journey to..." title model will stick, taking the Jonathan Green character to different money-churning film markets...er...locations. :D

"Schwarzenegger and Chan. Together at last!"

For chinese producers is a good idea to change the title. The first one wasn't a popular Hollywood franchise. Probably in Russia would be called "Viy 2: Travel to China".