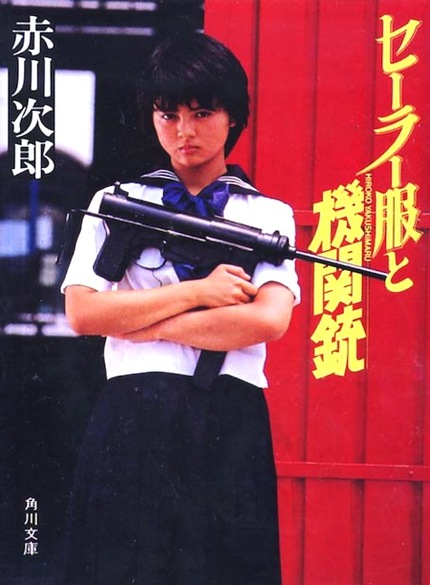 The name Haruki Kadokawa may be new to you, but in the Japanese film industry it is the name of a controversial giant. Kadokawa, the rapscallion heir to publishing house Kadokawa Shoten, came onto the film scene in the late 1970s, revitalizing a struggling industry and box office with his "media-mix" wave of pop idol infused blockbusters and more experimental genre works that forever changed the country's pop culture landscape.

To celebrate the production company's 40th anniversary, our good friends at Japan Society in New York City are presenting "Pop! Goes Cinema", a 6-film mini retrospective of some of the wildest, weirdest and, in the case of not being available in the West, rarest films that the K-kind ever put forth.

To kick things off right, we've got an exclusive trailer for your eyes to ogle at, and in the coming days keep those peepers on alert for Christopher Bourne's in-depth look at the full line up of films.

Do you feel this content is inappropriate or infringes upon your rights? Click here to report it, or see our DMCA policy.
Hiroko YakushimaruKinji FukasakuNobuhiko Obayashisailor suit and machine gunShinji Somaithe beast to diethe little girl who conquered timetomoyo haradaYusaku Matsuda