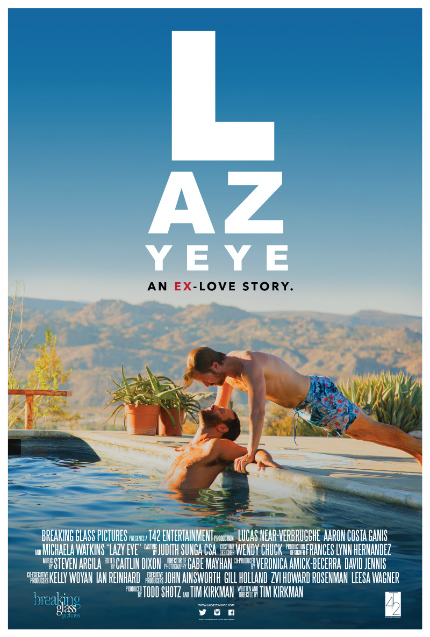 A confession of love as two men share a meal doesn't go quite the way you might expect in our exclusive clip from Lazy Eye.

Heading for theatrical release this Friday in New York and Los Angeles, Lazy Eye debuted at NewFest before gaining additional positive notices on the festival circuit. Here is more from the official verbiage:

When Dean (Lucas Near-Verbrugghe), a graphic designer in Los Angeles, reconnects with Alex (Aaron Costa Ganis), an ex-boyfriend he hasn't seen or heard from in 15 years, his life is upended. Over the course of a weekend at a vacation house in the desert, the two men open up old wounds, reveal secrets, and determine whether or not they have a future together.

You can watch the clip below.

The film will open theatrically on Friday, November 11, 2016 in New York at the Cinema Village and in Los Angeles at the Laemmle Music Hall. It will also be available on November 15 on DVD at Amazon and digitally on iTunes, Google Play and Amazon.

Do you feel this content is inappropriate or infringes upon your rights? Click here to report it, or see our DMCA policy.
Aaron Costa GanisLucas Near-VerbruggheMichaela WatkinsTim KirkmanDrama