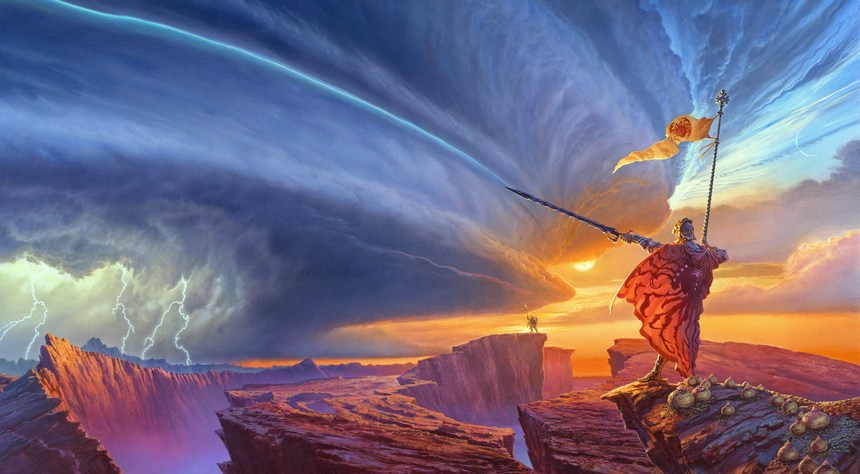 An adaptation of Brandon Sanderson's "Way of Kings" is being fast tracked in a massive literary deal between the author, DMG Entertainment and publisher TOR Books.

According to Variety, DMG Entertainment, who have connections to Chinese resources, is committing $270 million towards a three-film prospect, but have also acquired the rights to all of Sanderson's work, which makes up a shared universe of stories and characters he calls the "Cosmere".

Tapped to pen Way of Kings are horror writers Patrick Melton and Marcus Dunstan, creators of the Feast franchise and the writers of number of Saw sequels. They were also brought on board the Scary Stories to Tell in the Dark film when Guillermo del Toro got involved in that project.

Way of Kings is the epic first book in The Stormlight Archive, a fantasy series I would argue is larger in scope than either Game of Thrones or The Lord of the Rings. If it actually gets produced, it could mark a next step in fantasy filmmaking.

Do you feel this content is inappropriate or infringes upon your rights? Click here to report it, or see our DMCA policy.
Brandon SandersonDMG EntertainmentFantasySeriesWay of Kings