Adèle Haenel stars in the latest drama by the Dardenne brothers. 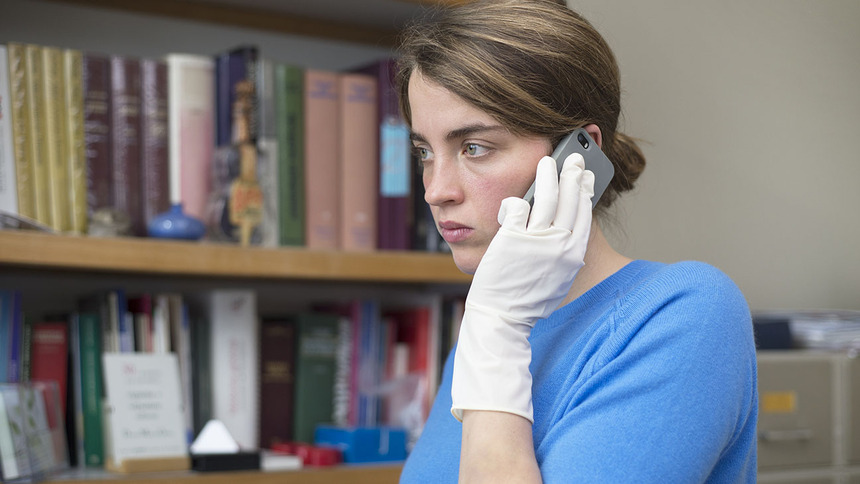 While its central conceit is decidedly sensational in nature, The Unknown Girl (La fille inconnue) unfolds at a mundanely methodical trot that has come to be expected of the Dardenne brothers. Their latest film revolves around a confident and talented young doctor, Jenny (Adele Haenel), who finds herself drawn into a murder mystery -- a murder for which she may, in part, have been responsible.

Dr. Jenny Davin is in the midst of training a particularly green intern when someone buzzes their clinic bell, well after-hours. While said intern, Julien, wants to answer, Jenny wants to gently but firmly quash some of his naive idealism. She warns him that allowing patients to exhaust you can lead to misdiagnoses. The thing is, Jenny is herself deeply committed to her craft and, as she later admits, would normally have answered the door herself, were it not a prime example of the point she was trying to make.

It turns out the person buzzing after-hours was a young African woman, one who turned up dead a few hours afterward. The thought that her own hubris has seemingly contributed to a person's death proves to be one that devastates Jenny. Piecing together what sparse information she can, and utilizing relationships with her patients and colleagues, she embarks on her own makeshift investigation to uncover what befell the titular unknown girl.

Adèle Haenel is perfect as Jenny, a physician as efficient as she is passionate, and as empathetic as she is stoic. Her performance is a subtle one, tempering the character's unshakable, fiercely moral and professionally brilliant nature with a muted, drab mousiness. While Jenny's investigation is borne from a sense of guilt and obligation, it soon mutates into a broader search for identity -- her own as much as the victim's.

The Dardenne brothers embed a few moments of intrigue and suspense into the film, but by and large the pacing and mise en scène remain typically guarded and deliberate. What makes the movie most memorable is its unlikely gumshoe, and the unique sense of place it creates -- wherein everything and everyone, in classic noir fashion, is connected, and they affect each other like dominoes.

When the dust settles, The Unknown Girl is all quiet revelations, resignation, and a small spark of modest hope.