The Trailer that Ruins the Movie - Part Two. 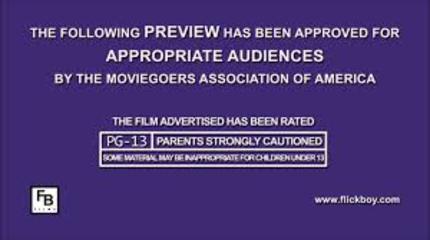 This is a continuation of the part i published two weeks ago. Be sure to check that one out before this one for a comprehensive read.

And sometimes I will not even see a trailer, because I want to be surprised as much as possible. Let alone that I am going to watch multiple trailers for something I really want to see. What I will do is check out more than one trailer of a movie I am not inclined to see anyway just to see the best bits
or convince me that it is not the trouble seeking that one out. So i layed out certain rules to enhance my viewing experience for the ones I am really interested in.
The second thing which is perhaps more annoying of trailers lately, at least I think it is more evident now than trailers as they were presented in the 70’s or 80’s, is the fact that they will promise you another movie then the one you actually going to see. Scenes and situations are shown in a way that you get the impression you will go see a totally different genre than the picture it is originating from.
This can only add to the confusion of the targeted audience or other interested people who eventually will go or are not likely to go because of the misguiding preview they just watched. Now a common thing among trailers, and this is a thing of as long as trailer exist, is that they put the best (action) bits in the trailer. People often than think they are going to watch an action extravaganza, no holds barred, and no boring scene or moment whatsoever.  But when you are seeing this Razorsharp, ultimate action vehicle you only see the same action scenes that were already in the trailer and no additional adrenaline soaked cinematic spectacular kinetic happenings that you hoped would l fill your eyes and brains and overload the totality of your senses.  With that in mind, the viewer can only be disappointed with the movie he just saw. Because expectations from what is promised or suggested in the trailer are never met.
What also is a very cliché in the trailers now is the built-up in the trailer. Usually you see a slow and almost puzzle like bits of scenes which are culminating in a kind of crescendo. This is especially true for previews of thrillers or horror movies. In the 2 minutes, the first minute is subdued, and after a minute it speeds up with quicker scenes and cuts and the music is building from there. In the last thirty seconds or so, scenes are intercut even quicker and the music builds to an often pumping and almost bombastic climax. Then the trailers stops and it thinks it has done enough to lure you into the theater or rent it on some kind of demand platform.
When every trailer of a certain genre of movies is done in the same way, the little previews become indistinct and could even will be sort of interchangeable. That means for me as viewer, there are no real standout scenes in the trailer. Curiosity can than only be triggered by the names involved or good word of mouth, reviews or something truly original that is not visible in the trailer.
One can almost argue what is the benefit of prefabricated previews for the (critical) audience?

Is it so strange to ask for an introduction of a feature that truly represents and reflects the intentions of the makers and the sort of picture it wants to be? Even now I have a hard time thinking of one such trailer that was a great calling card for a particular movie. And it does not matter if it is a bad or good movie, that is not the point. I think it always should be an honest representation of the original source.

So when I come to my last words about this subject, I do think that trailers were better in the 70’s and even 80’s, but because of the unrelenting commercialism of the movie making industry they are now bloated and sometimes turned into a “The Best of… “ scenes package.
And what is maybe still worse they do not have an identity of their own, they are just assembly line shorts with nu true spirit or justification whatsoever.
Please help me in this, can you come up with decent trailers that accidently happened in the 90’s or the new millennium?  Like to read your thoughts about that.

Thanks and have a good viewing.