Vancouver 2016 Review: THE ROAD TO MANDALAY Paints A Dark Portrait Of Migration 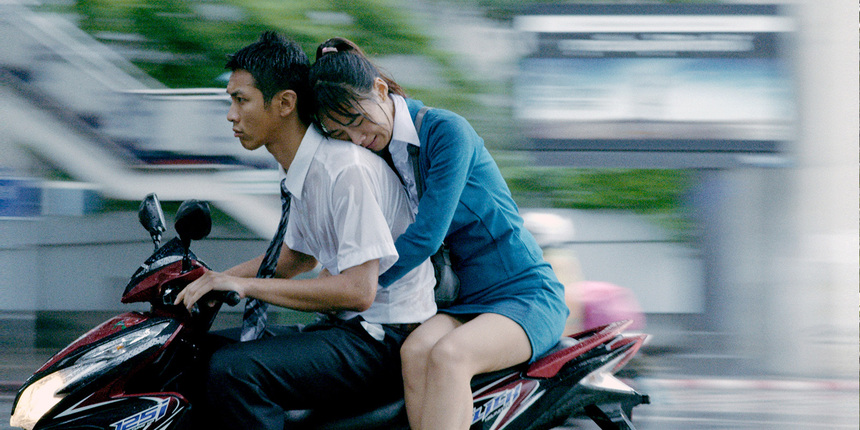 We've all heard, or read, an innumerable amount of horror stories about immigrants from third-world countries coming to North America and Europe. The Road to Mandalay shows us that even the seemingly small hop from Myanmar to Thailand can feel like the crossing of an immeasurable gap. The path is fraught with border guards who demand ever-escalating payment, and things don't get much better once you're ostensibly 'home-free.'

Our heroine, Lianqing (Wu Ke-Xi) is automatically indebted to a young man and fellow refugee, Guo (Ko Kai), when he offers her his front seat spot over the back-end of a decidedly sketchy-looking truck. When the duo—along with several other rough travellers—arrive in Bangkok, she tries to repay him with home-cooked Burmese sundries and verbal gratitude. Guo, it turns out, may have more than that in mind for his thanks.

Lianqing's narrative is a sadly familiar one. She begins as a determined and unflappable young woman, willing to work and grind until she makes it in her new environment. She scrubs dishes at a dive restaurant in order to send money back home, all the while actively seeking legitimate papers in all the wrong places. She pays outlandish prices for documents that get her nowhere, and finds herself under constant scrutiny by local authorities. One scene in which she agrees to pay cringe-worthy sums to some obviously bogus 'officials' may have you wanting to visibly shake her by the shoulders—but then, that's a very first-world reaction to have.

The Road to Mandalay succeeds most when it sits back and observes Lianqing, Guo, and their ilk. When Lianqing begins working in a factory (which vaguely seems to produce some kind of fabric), her overall mood drops, but her motivation to succeed grows ever stronger. This brings out the best of the film, with scenes that both condemn the deplorable working conditions in the factory and commend the unbreakable spirits of the migrants assigned to these objectively dismal posts.

The film, however, is not content to simply exploit the horrific day-to-day realities of Southeast Asian factories. Director Midi Z, who was himself born in Myanmar, makes sure to to also highlight the sense of possibility, romance, and excitement inherent with this type of sea change. This culminates in moments of sheer ecstasy that only serve to undercut the movie's darker scenes with a kind of dire resignation that's hard to shake. Suffice it to say, Lianqing and Guo have different ideas of paradise, and divergent ways of reaching it.

Imbued with touches of surrealism and littered with some truly stunning shots, The Road to Mandalay shows the kind of promise Lianqing wanted out of Thailand, and her future in general. That it ends in a frustrating, disappointing way is not so much to its discredit; rather it concludes on a note that perhaps mirrors the experiences of all too many people (metaphorically, hopefully not literally). The antithesis of a satisfying, heartwarming film, Midi Z's cautionary tale is certainly a memorable, potent one.

The Road to Mandalay

Do you feel this content is inappropriate or infringes upon your rights? Click here to report it, or see our DMCA policy.
2016burmaMidi Zmyanmarroad to mandalaythaithailandvancouverviffKo KaiKe-Xi WuDrama