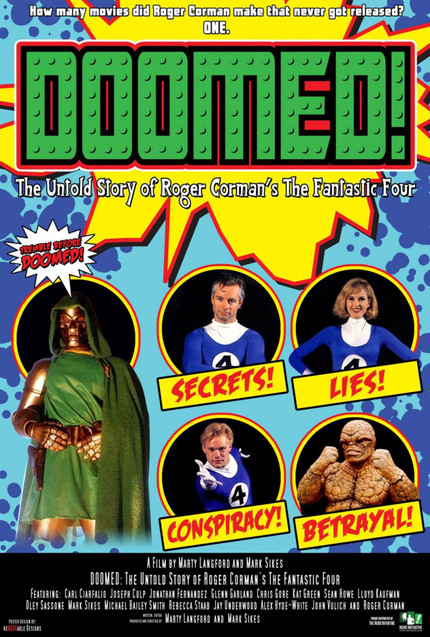 So reads the masthead above the title of nearly every “Fantastic Four” comic book ever published. Too bad the same can't remotely be said about the FF movies.

The track record for attempts at adapting Marvel's long running premiere comic book series to the big screen hasn't exactly been fantastic. It could even be argued that they get worse with each new go at it. And that's taking into account the original - an ultra low budget, unreleased, cobbled-together version that indie schlock patriarch Roger Corman was responsible for.

It was circa 1994, when Marvel was far from being the cultural behemoth that it is today. People's ideas of "Marvel movies" were either Howard the Duck, or made-for-TV Incredible Hulk films. But, there was always a constant, low-level surge that this was about to change, big time. Stan Lee had left the day to day running of the comic book company behind in New York, and set up shop in L.A. Every few months, it seemed he was promising fans an amazing cinematic adaptation that would forever have fans proudly stating "Make mine Marvel!" at multiplex ticket windows.

Exactly none of these late 1980's/early 1990's projects actually turned up in theaters. Captain America starring Matt Salinger. The Punisher starring Dolph Lundgen. Promised big budget takes on Spider-Man and Black Panther that failed to materialize. So, in 1994, when the Fantastic Four feature film vanished into limbo before it was released, fans such as myself weren't exactly shocked, nor terribly heartbroken.

One look at the on-set coverage coming out of magazines like “Film Threat” adjusted expectations accordingly. Did anyone really want to see Mr. Fantastic, Invisible Girl, The Thing and the Human Torch played by unknown actors in cheap costumes? Their trademark "4" logo was sunken onto their bellies, partially obstructed by their belts, for crying out loud. 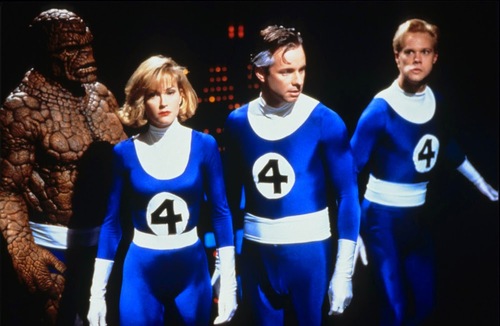 The answer, of course, was yes. Yes, we in fact did want to see this. When it came to seeing familiar superheroes on screen, we'd take whatever we could get, however begrudgingly. Somehow, before too long, a crudely pirated dub of a dub of a dub of a dub started making the rounds at fan conventions, and the movie was indeed seen. It was hokey and terrible. No one was surprised, but at least that morbid curiosity could be put to rest.

Cut to ten years later, 20th Century Fox had their own big budget summer blockbuster version of the FF. Oddly, this film, and its 2007 sequel, both from director Tim Story, bear the significance of being just as low rent and disappointing in their own right as the 1994 film. At best, there was always something embarrassing and awkward about these FF features. The studio quietly abandoned this lighter, frothier incarnation for a dark and serious take, courtesy of filmmaker Josh Trank. The dismal failure of that 2015 film warrants its own feature length documentary.

No one ever did get it right. If there was a reoccurring theme to these attempts, it was that at least twice, the films were pushed through production for the ultimate reason of holding onto the movie rights. (If a movie weren't made in a certain amount of time, the licensee would lose the option of maintaining the license to the property.) It was all a bunch of shameful, soulless maneuvering, a far cry from the uneasy family-based core of Stan Lee and Jack Kirby's original comics creation, always colorful fun but with high stakes.

In the wake of so much crap, it is tempting to look back on the Corman version (directed Oley Sassone) through rose colored glasses. For the new crowdfunded documentary Doomed! The Untold Story of Roger Corman's the Fantastic Four, its creators went and found themselves some extra strength perception rose colored glasses. One comes to this doc to find out why the film was made but, as it turns out, was never intended to be released. What one comes away with is the message that this scrappy little ill-advised FF movie is actually good. It is?

In detailing the inner turmoil and true life conspiracy behind the shelving of the movie, we hear from a respectable array of those directly caught up in it. The cast, including Alex Hyde-White (Mr. Fantastic), Jay Underwood (Human Torch), Rebecca Staab (Invisible Woman), Michael Bailey Smith (Ben Grimm), Joseph Culp (Dr. Doom) are all here, and clearly maintain a soft spot and open wounds regarding this film. The director still seems downright pissed. Corman himself turns up, affable as ever, and convincingly maintaining his innocence in the entire matter.

The actual wrong-doers, in this case Stan Lee himself being among them, all refused to be interviewed. There is, however, vintage comic convention footage of Lee denouncing the film on stage. As uncool as this might've been, was he wrong about it? It's been a while since I've seen the 1994 Fantastic Four, but I recall it being slow, awkwardly hammy with the humor, and with precious little in the way of costumed action. For reasons detailed at length, the movie was never intended to see the light of day, much less the light of a projector bulb. In hashing this out, and its confounding effects of those involved, Doomed! adopts its secondary and more successful mission of spinning collective memory on its subject. This FF may indeed be the best FF adaptation, but that's still not saying much.

The information is dense and a bit dry at times, but for a movie of its ilk, Doomed! is well done, even entertaining. The phenomenon of crowdfunded documentaries that chronicle the stories behind other movies is a curious one. Amid others about Tim Burton's Superman movie that wasn't, and Back to the Future, it must be said that Doomed! stands out. It may not be the world's greatest documentary film, but it's heart is in the right place. It's certainly a better watch than the movie it's about. So, in a weird way, I suppose that makes this the best movie ever made about the Fantastic Four!

Doomed! is currently available via video on demand.

Doomed: The Untold Story of Roger Corman's the Fantastic Four