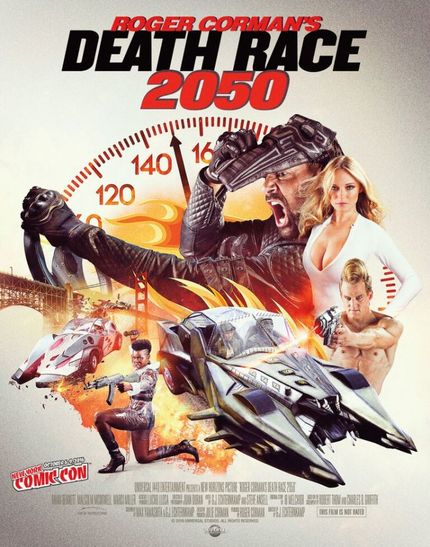 Death Race is back and campier than ever now that Roger Corman has retaken the reigns of the franchise. The film is debuting at the New York Comic Con and to celebrate the first trailer and poster have premiered online at EW.

However, while Corman's latest more closely resembles 1975's Death Race 2000, I fear the satire that seemed so fresh then doesn't quite work today. Despite that,it certainly looks like a fun throwback to the B movie producer's heyday when he was making sometimes edgy and often titillating drive-in fare.

Do you feel this content is inappropriate or infringes upon your rights? Click here to report it, or see our DMCA policy.
Death Race 2050Manu BennettRoger Corman