Kyoto 2016 Review: MIFUNE: THE LAST SAMURAI: A Fascinating Tribute To A Great Actor 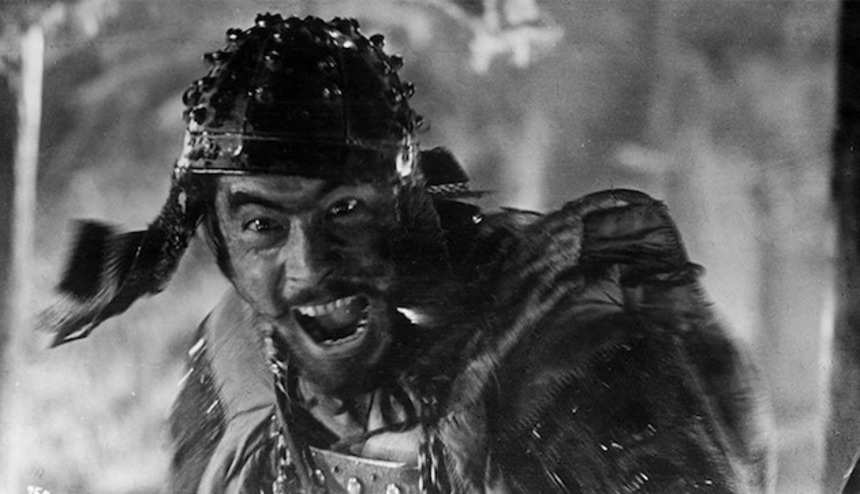 Undeniably the most recognizable and prominent actor in the history of Japanese cinema, Mifune Toshiro has not only influenced generations of young performers, who passionately aspire to follow in his footsteps even nowadays, but also forever changed the perception of the country’s film scene both at home and overseas.

Award-winning writer-director Steven Okazaki’s highly anticipated documentary, which already premiered at Venice and Telluride earlier this year, pays tribute to Mifune by presenting a turbulent yet truly inspiring life story of a man who – fortuitously but with great confidence – gained international star status never before known to a domestic actor and, with the support and guidance of his longtime collaborator and mentor Kurosawa Akira, created an impressive number of performances that will surely electrify audiences all over the world for many years to come.

Featuring insightful interviews with people who either knew Mifune personally or were affected by his acting in one-way or the other, Mifune: The Last Samurai is the first ever high-profile documentary that focuses on the actor in great detail. The film is constructed in a traditionally linear way, presenting all of the major turning points of Mifune’s life and career. Clocking in at a positively brisk running time of 80 minutes, the film includes never-before-seen footage from Mifune's early life, as well as some intriguing observations on a few of the most memorable scenes, in which the versatile actor showed his impeccable acting skills. Arguably, what stands out among the many curious anecdotes, charming comments, and other more or less humorous bits is the fascinating discussion about the unforgettable finale of Kurosawa’s ravishing 1957 masterpiece Throne of Blood. While some of the more eager followers of Internet film trivia won't find this part of narration especially surprising, it’s nonetheless edited and delivered in such a clever way that demands constant attention.

Although some of the themes discussed here, like the actor’s alcohol-related problems and his off-screen relationship with co-stars and other people from the industry, could’ve been more widely developed, it’s nevertheless a perfectly informative and well-researched documentary that should satisfy both true fans of Japanese cinema and total newcomers. Obviously, Mifune: The Last Samurai wouldn't have seen the light of day if Mifune hadn't met the virtuoso director Kurosawa on one fateful day. Okazaki puts a huge emphasis on that deep and fruitful collaboration, and for all the right reasons – of the 16 films they made together most achieved the status of masterpiece.

At the time of writing this piece, the film has already secured successful distribution deals in several European countries. Apart from the many-faceted appeal of Mifune and the intense desire to learn more about his rich life, what undoubtedly helped the film generate hype is the brief yet impactful appearance of such world-renowned figures as Martin Scorsese and Steven Spielberg, not to mention the narration provided by Keanu Reeves who, nota bene, has found a rather unobtrusive way of pronouncing Japanese words and names.

But it's ultimately the family members and close friends/co-workers who give more insight into the personal sphere of Mifune’s life, thus providing the narrative with a more emotional angle. To give one example – when Mifune Shiro, Toshiro’s son, proclaims with great pain that every time his father drank alcohol he turned violent and uncontrollable, Mifune, the great movie star viewers love and admire, suddenly becomes more human. And that’s where the true power of this otherwise modest documentary lies – in its ability to move and engage by brining the legendary actor closer to the audience.

Do you feel this content is inappropriate or infringes upon your rights? Click here to report it, or see our DMCA policy.
JapanKyoto International Film FestivalMifune: The Last SamuraiSteven Okazaki京都国際映画祭

More about Mifune: The Last Samurai