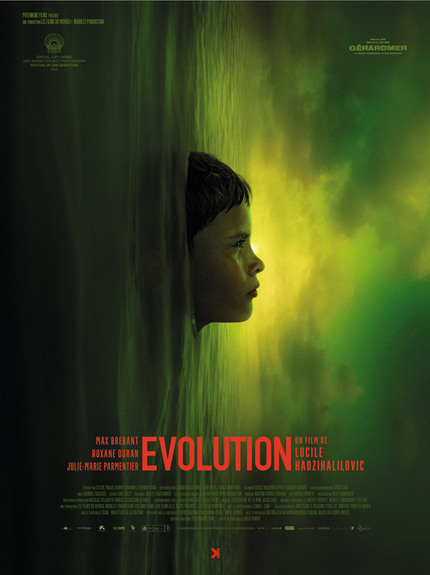 I have chanced upon a new trailer for Lucile Hadžihalilović's latest, Evolution, a blood-curdling horror set in a sleepy seaside town. Here's the synopsis:

The only residents of young Nicholas’s seaside town are women and boys. When he sees a dead body in the ocean one day, he begins to question his existence and surroundings. Why must he, and all the other boys, be hospitalized?

If watching the trailer creeps David Cronenberg into you, you are not alone. The trailer, replete with hypnotizingly beautiful imagery, suggests forebears like Cronenberg and even Gaspar Noé, who Hadžihalilović had worked with in Enter the Void .

The film had made waves at the 2015 Toronto International Film Festival and at the same year's New Directors/New Films festival at New York. It was first picked up by the now-defunct outfit Alchemy, and later found its new home with IFC Midnight.

Evolution opens in U.S. theaters Novemeber 25. Take a look at the trailer below:

~
Armando Dela Cruz writes for the Philippine-based film website Film Police Reviews. He also talks about movies on his Twitter.

Do you feel this content is inappropriate or infringes upon your rights? Click here to report it, or see our DMCA policy.
EvolutionIFC MidnightJulie-Marie ParmentierLucile HadžihalilovićMax BrebantRoxane Duran

This looks mighty interesting but definitely not Cronenbergian. Looks to me like a name drop marketing checkbox that needed to be ticked to make it more palatable on movie-blogs who.