Toronto 2016: HELLO DESTROYER Clip Welcomes The Rookies To The Team

Hello Destroyer played to a sold out crowd at TIFF the other night. We have that stunning poster for you to look at and a clip from the film. Both you will find further down.

Hello Destroyer stars TIFF Rising Star Jared Abrahamson as a shy enforcer on a hockey team whose life is shattered by an act of violence during a game. As he struggles with the impact he learns more about the brutal world of competitive sports.

About the clip. Yeah, some will argue for and against hazing. For, if you've been hazed and you've never had the chance to return the favor to the next string of rookies to come through your locker room. For, if you're a sick bastard who thinks that these demeaning acts build character and comradary. Against, if you think that stuff like this has no place in any locker room in any sport ever again. Against, if you're the kind of person who helped put in place the rule that I am no longer allowed to yell 'Air Ball' at a high school basketball game because it might hurt the player's feellings. This isn't the sole focus of the film and it moves on from here into still dark territory.

I will tell you why this poster is amazing on a number of levels. It is simplistic and understated. The colors of the locker room, though they are the colors of those bastard Ottawa Senators (This unprovoked anger against the color spectrum is coming from a Leafs and Canucks fan) they are common hockey colors. Otherwise you would not associate this picture with the sport of hockey and perhaps I am overthinking this but rather than focus on the act of violence itself this poster focuses on the turmoil caused by that said act. Look at that young man sitting there by himself alone in his thoughts, possible reflecting on what he has done. Even if you are a hardcore hockey fan, fighting in hockey has alway been a sore spot, a black mark if you will. This poster makes no association with a specific sport and I like that a lot. 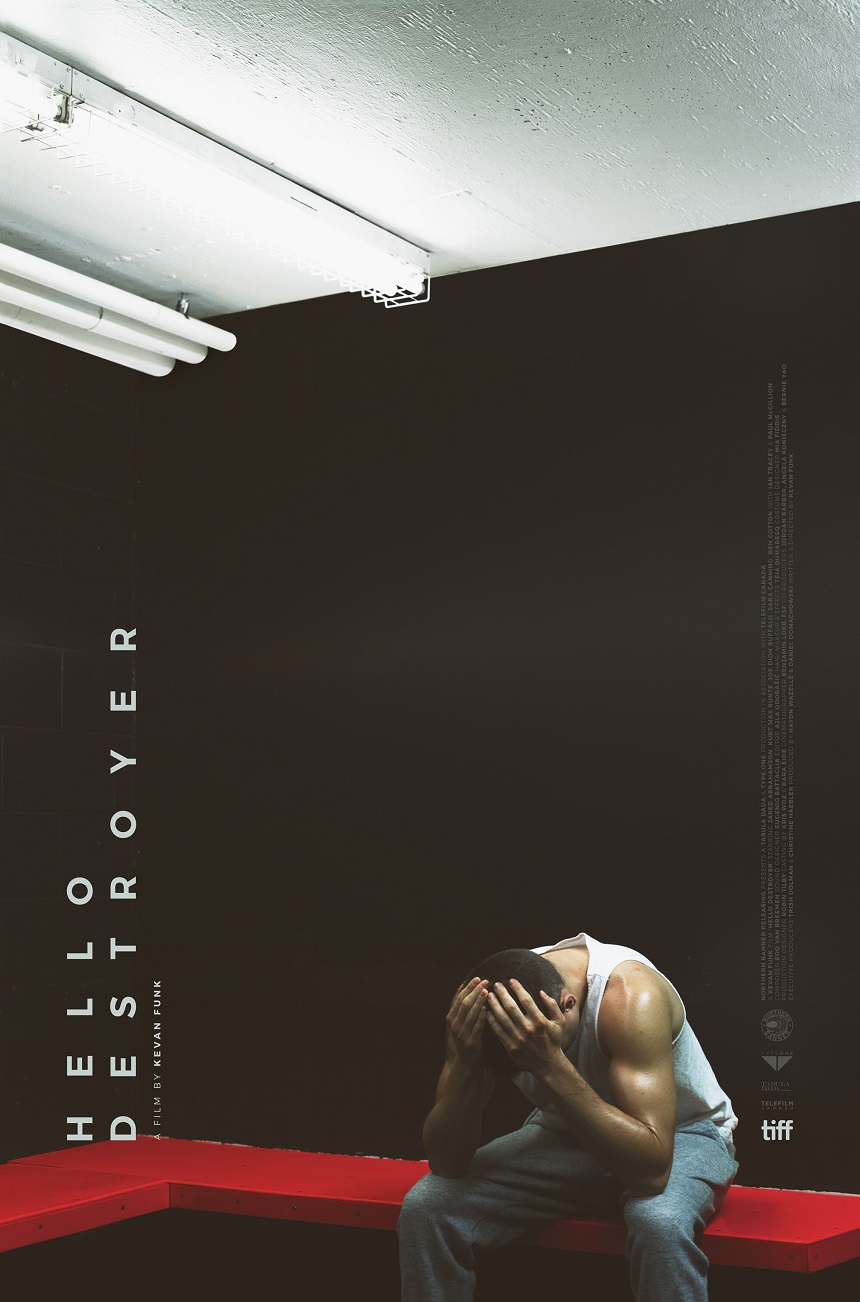 Hello Destroyer - Scene 1 from Type One on Vimeo.