Destroy All Monsters: Cinephiles, TIFF, and the Entitled Fury of Learning You're Not the Audience Any More 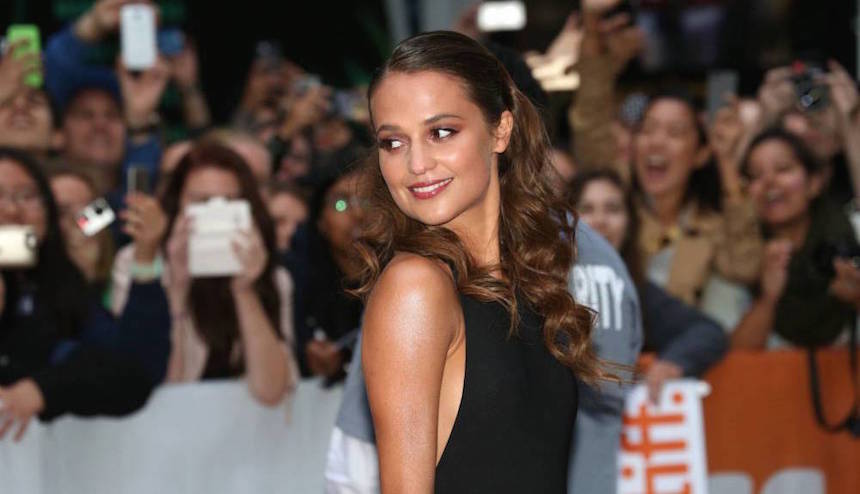 I live in Toronto, and for most of my 20s and half of my 30s, the Toronto International Film Festival was one of the major milestones of my year - so much so that even today, the vast majority of people in my life presume without being told that I am simply unavailable to them for the first two weeks of September. I haven't taken a TIFF holiday in years, but there are still people who are astonished when I turn up at the office the week after Labour Day.

I made a decision, though, to walk back my participation in TIFF, starting about three years ago. The motivation was twofold. On one hand, I wasn't getting as much out of the "deep" TIFF experience as I used to. (In my heyday, I was part of the 50-films-per-festival, 5 or 6 films a day, camp.)

The other reason, though, was that in the years following the opening of TIFF's own movie theatre / headquarters complex, the TIFF Bell Lightbox, it rapidly became clear that I was I was no longer a member of the festival's targeted audience, and that the festival experience I had enjoyed in the past would be put further and further out of my reach, before disappearing altogether. I expected this process to take about five-seven years. I got out in year three.

Full disclosure: I am basing this assumption only on my own analysis of the festival's changes and choices with respect to how it runs its (public) core business, the scheduling and ticketing of the festival itself. I have no insider knowledge on this, just my eyes.

Here's what I see. The festival's ticket cost structure has dramatically increased in the past half-decade, while simultaneously eliminating any "bulk buying" pricing advantage. (In other words, a book of 50 tickets ten years ago would have a lower per-ticket cost than a book of 20 tickets. Not anymore.)

The festival has also widened its use of "premium" screening events, pushing more popular films into a different ticketing tier than "public" screenings, at higher cost. This year, they also quietly introduced "surge pricing," giving them a lever to add another ten dollars to the price of a "public" screening, if that screening were on the verge of selling out.

Toronto Film Twitter predictably bemoaned all this when prices were announced this summer, and did it again this past weekend when single tickets went on sale, and the third-repeat screening of Moonlight, for example, was surging at $33/ticket.

But for me it's all just an underline of what I intuited a few years ago: "we," being the network of Gen X / Gen Y / Millennial film addicts who view TIFF as a one-week commune with our god Cinema, aren't the audience TIFF wants or needs anymore.

The TIFF experience is consequently changing, and the TIFF we liked won't be visible by the end of this decade. I could hazard a guess at what audience the festival is targeting - upper-middle-class celebrity chasers, and the Art Gallery crowd? - but I don't really care. It's not me, and that's that.

This has been a bad year on the subject of "it's not me, and that's that." Straight white males in my generation - Gen X, if you're wondering - have done a pretty spectacular job in the past 8-10 months of showing how bad they are at figuring out that they're not owed something the way they like it, just because they had it that way before.

Ghostbusters. The Force Awakens. Fury Road. The problem isn't what cishet males in their 30s and 40s view as arbitrary, socially motivated gender-swaps and race-swaps. The problem is the deeply privileged underlying belief, which holds that the way those guys feel about how things used to be matters, or should matter, to anyone working in 2016 or beyond.

It's an easy enough mistake to make, I suppose. If you're going to reboot Ghostbusters, you are at least in part taking advantage of the energy of that nostalgia to help you launch the new version. People wailed about The Force Awakens touching so many of the bases of the original Star Wars, failing to notice that it was using that familiarity to embed a young woman, a black man, and a Latino man as the new heroes of the formerly all-white, patriarchal original.

Similarly, if TIFF is anywhere today, it is there because of the decades it spent as "the peoples' festival," a celebration of film known worldwide as a place of uncommon democracy - anyone from anywhere with the same level of access to a rich trove of the best of world cinema.

But neither of these groups - film festivals in general, or Hollywood blockbusters going forward - are under any obligation to keep being for the audiences they used to be for.

Frankly, they're free to gun for whatever audience they want; but moreover, they shouldn't be gunning for audiences composed of people like me, cuz... we're not the point any more.

I remember that feeling, when I turned 35, and was suddenly compelled to tick a different box in any demographic survey I filled out: I was no longer "18-34." I was now "35-49" (still am!), and yeah, sometimes life is exactly as simple as: you are part of a less market-valued group now. Deal with it.

And absolutely no one should be up in arms about that "less market-valued," anyway. Nobody's rights are being trod upon here.

As for the folks who are just like me, privilege-wise: the system that prizes youth, gender-normativity, and wholly colonial attitudes about race, is the one we luxuriously enjoyed, profited from, and helped stabilize for a couple of decades at the end of the 20th century - the decades that are now being strip-mined for "our" nostalgia, precisely because we'll write think pieces about it, tweet photos from Comic-Con, and do anything else we can think of to do the studios' marketing work for them. For free.

On that note, though, I wonder why TIFF doesn't learn the lessons of Comic-Con, and resurrect some kind of alleyway for the truly film-devout. Most of the festival's (new) core audience, I'd imagine, is not going to aim for 60 films at TIFF 2016, and probably doesn't fill up the hashtags on every social network they can find, either.

But the precious handful of lunatics who do, in terms of their social and marketing potential, would be a loss-leader for the organization to support, and would net back huge value in unpaid promotion. Where's the harm? Bring back the cut-rate 60-ticket book, TIFF, and let the geeks do their thing.