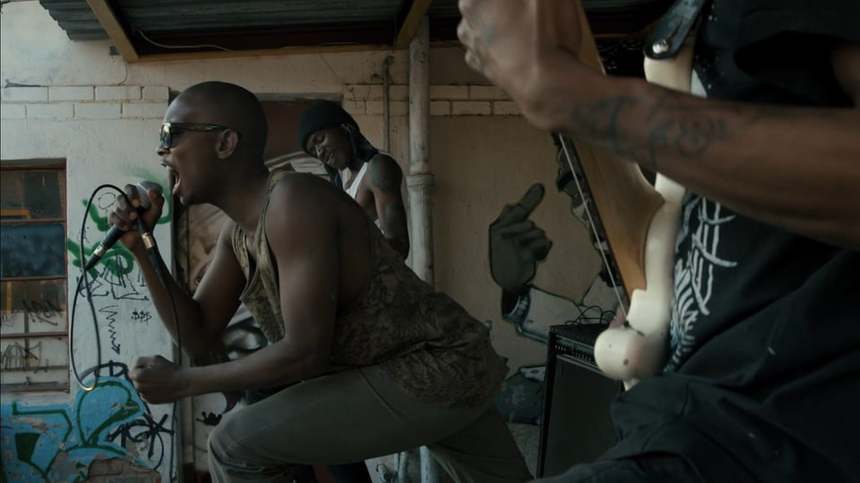 There are a whole host of assumptions about what sort of music, fashion and other cultural accoutrements black people like here in North America, and really all around the world. 'Urban' is the usual code word, and 'urban' in the music scene means hip hop and r&b. And while white kids may like to borrow 'urban' culture from time to time the cultural assumption is very much that those things belong to, and come from, the black community while rock and country belong to the whites. And that's especially the case with metal and punk.

But South African director Wim Steytler has discovered that's not entirely the case within his home country and with his new documentary short Black Black Metal he charts the rise of the nascent extreme music scene within the South African township of Soweto.

In South Africa, rock music is massive… but limited almost exclusively to white communities. In Soweto – a microscopic punk and metal scene is emerging, demolishing some long-held cultural stereotypes. This is the new wave of South African rock music.

The complete short is online below and it's a pretty fascinating watch. Check it out!

Do you feel this content is inappropriate or infringes upon your rights? Click here to report it, or see our DMCA policy.
black black metaldocumentaryheavy metalpunk rocksouth africasowetowim steytler