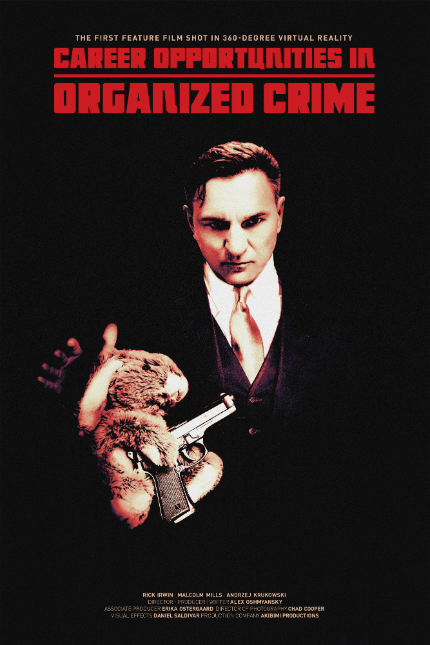 Billing itself as "the first virtual reality feature length movie," Career Opportunities in Organized Crime will be available later this month. We have an advance peek at the VR "mock-umentary" to whet your appetite.

"Vova is the head of the Russian mafia in Baltimore, and business isn't going well," says the official synopsis. "Then he realizes the key to success is obvious: make a recruitment film to hire computer hackers! Vova decides Nick, his son's childhood best friend, should be his first recruit."

Alex Oshmyansky directed. He's a first-time filmmaker and explains his motivation in an official statement: "The film is a an experiment to see what kind of experience a feature-length virtual reality film would be. I'm obviously biased, but I think it turned out great. The film is a whole new kind of cinematic experience that hasn't existed before."

The clip, which you can watch below, gives just a taste of the experience. Note that you can control the perspective with the control buttons in the upper left portion of the screen.

Career Opportunities in Organized Crime will be released on Wednesday, August 31. It will be available for download digitally or through smartphones (iOS, Android) and desktop, via Reelhouse.org.