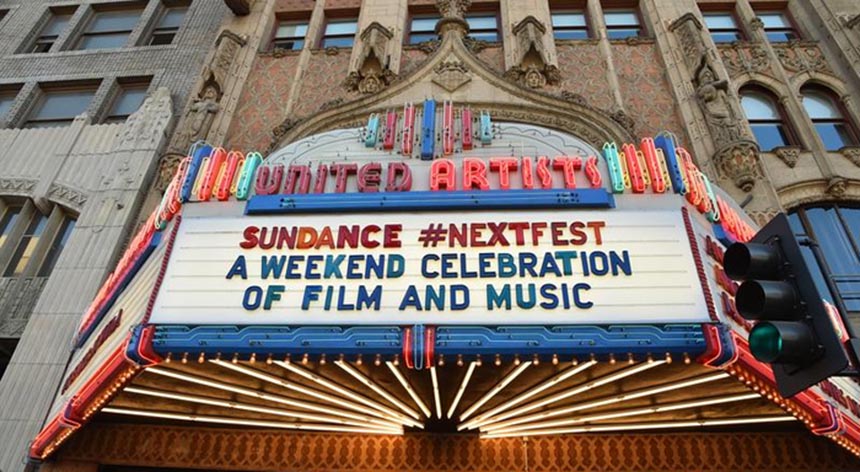 Sundance has done a great job of evolving their Next Fest Los Angeles mini film festival into a film and music-filled weekend at downtown LA's trendy Ace hotel and theater. This year's fest runs August 12-14 and the list of Sundance faves making their LA bow include the wackier than hell The Greasy Stranger, Iranian period horror Under the Shadow, and Nick Jonas hazing drama Goat. There will also be a shorts program hosted by Nick Kroll, a talent show hosted by Craig Robinson, and all kinds of cool music including sets from Shamir, Sunflower Bean, and a special surprise guest that will close the event after the Greasy Strangler screening. This year's Next Fest will also include an outdoor entertainment venue to drink and hang dubbed "Next Door."

Tickets go on sale to the general public tomorrow and you can find more info at the Next Fest site. The full lineup follows:

Shamir — 20-year-old Shamir’s androgyne croon recalls Nina Simone and moves in and out of soul, r&b, house, disco, rap and pop – in the tradition of Prince, Grace Jones, David Bowie and Madonna. His albums include “Northtown” and “Ratchet,” an ecstatic dance-pop record that sparkles with the grit of a desert geode.

Followed by a conversation with director and screenwriter Elizabeth Wood and a special guest.

Downtown & Dirty Shorts, Hosted by Nick Kroll — A wide-ranging showcase of some of the funniest short films from the 2016 Sundance Film Festival, hosted by one of the funniest guys we know: Nick Kroll. The Festival is widely considered the premier showcase for short films and the launchpad for many now-prominent independent filmmakers. Screening at Sundance NEXT FEST are:
Sunday, August 14, 2:00 p.m.

Short Film Master Class — The Short Film Master Class is a half-day event of panel discussions and Q&As with filmmakers and Sundance Institute Short Film Programmers, providing real world advice on the art of making shorts, focusing on narrative storytelling. The event will conclude with a networking reception. Tickets are $75 and include access to Downtown & Dirty Shorts at noon.

Under the Shadow / United Kingdom, Jordan, Qatar (Director and screenwriter: Babak Anvari) — Tehran, 1988: As the Iran-Iraq War rumbles into its eighth year, a mother and daughter are slowly torn apart by the bombing campaigns on the city coupled with the country's bloody revolution. As they struggle to stay together amidst these terrors, a mysterious evil stalks through their apartment. Cast: Narges Rashidi, Avin Manshadi, Bobby Naderi, Ray Haratian, Arash Marandi. LOS ANGELES PREMIERE

Followed by a conversation between director and screenwriter Babak Anvari and a special guest.

Royal (Director: Flying Lotus aka steve) — Unearthed from Los Angeles's worst quake nightmare. The story of Royal begins where the curses of human survival have left off. Inside the dark rooms and dim minds of Missy and Kenneth. Some of the strangest secrets find their way out from behind the curtain, revealing wounds that may never heal. WORLD PREMIERE

Surprise Music Artist to be Announced. Get ready to let your freak flag fly.

Do you feel this content is inappropriate or infringes upon your rights? Click here to report it, or see our DMCA policy.
Craig RobinsonDTLALALos AngelesNextNextFestNick KrollSundance