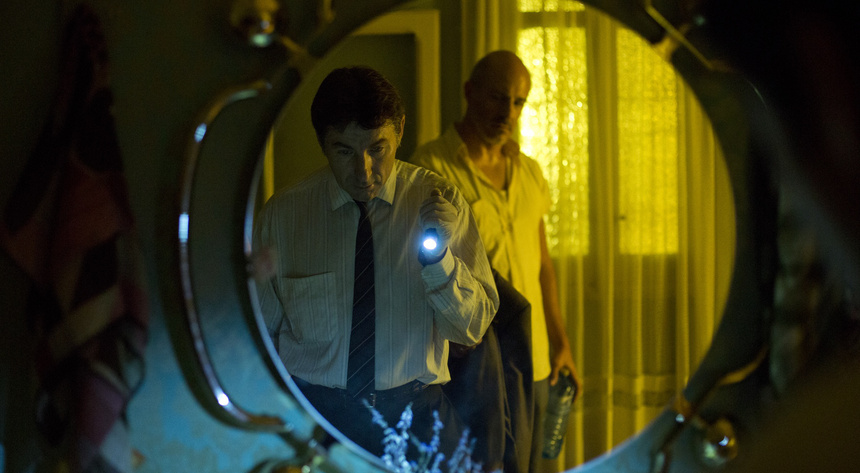 Director Rodrigo Sorogoyen will soon be making an appearance at the San Sebastian Film Festival with his upcoming May God Save Us (Que Dios Nos Perdone) set to premiere in competition. A television veteran with literally hundreds of episodes worth of work to his credit, Sorogoyen is a relatively recent newcomer to the world of features with May God Save Us standing as just his second feature effort but with its high profile cast and glossy production values it would appear he's navigating the transition just fine.

Madrid, summer 2011. Economic crisis. 15-M movement and 1.5 million pilgrims waiting for the Pope’s arrival live side by side in a Madrid that’s hotter and more chaotic than ever. In this context, detectives Velarde and Alfaro must find what seems to be a serial killer. Their hunt against the clock will make them realise something they’d never imagined: neither of them are so very different from the killer.