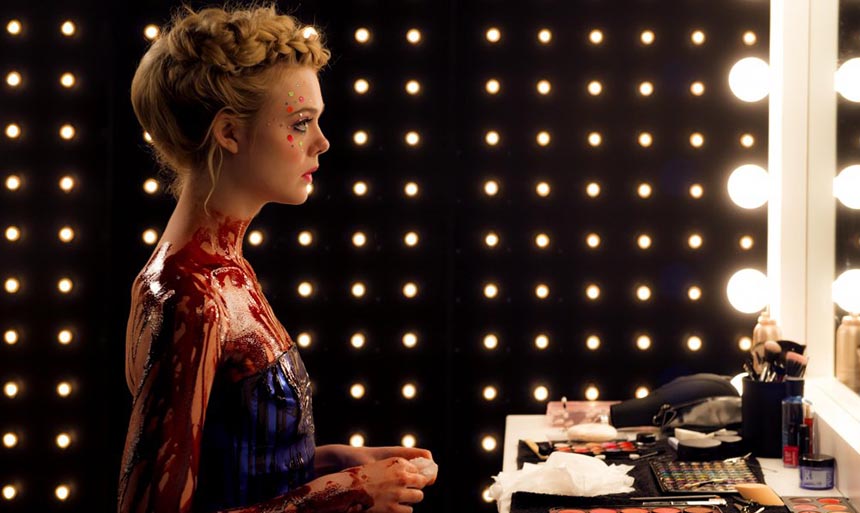 On a balmy afternoon in the Silver Lake neighborhood in Los Angeles, ScreenAnarchy joined a few hipster film journos on a trip to a castle at the top of a hill. Inside the castle filled with taxidermied beasts, Nicolas Winding Refn was two-thirds through the shooting of The Neon Demon - the most recent NWR joint that has recently hit screens courtesy of Amazon Studios and Broad Green Pictures.

That day, he and his small but nimble team of experts were reshooting the opening scene of the film, even though the schedule called for three more weeks of principal photography. Refn and his star Elle Fanning were kind enough to sit down with ScreenAnarchy to discuss the process of reimagining a constantly evolving story and some of the other details behind The Neon Demon.

ScreenAnarchy: It's been reported that part of the deal with the financiers of this film was that you had to make a genre film, what genre is THE NEON DEMON? Do you think of it as a horror film?

Nicolas Winding Refn: I guess in a way it is. It certainly has horror elements. But it's as much of a horror film as Only God Forgives was a fight movie or Drive was a getaway movie.

Elle Fanning: The 'Neon Demon' can be so many different things in the movie. It's really up to your interpretation. But I looked at it as being LA. With its neon lights and its ability to hurt people. Being in this city can either go down in a good way or in a bad way.

Was this a conscious decision to make a movie with so many women or did the story just evolve that way?

NWR: It's a combination. I had this idea for a number of years. I didn't know quite how to tackle it until I had an experience that gave me a way into the movie. I tend to work with very violent men. I've been very lucky to work with the three best male actors in a row. When there's no more left, you switch sex! And you go to the top! 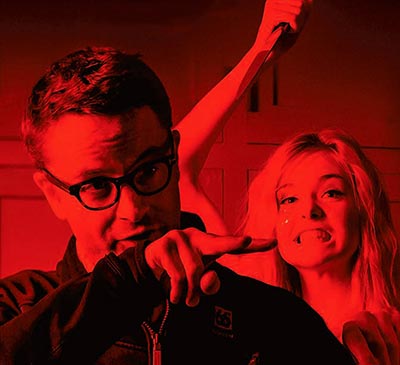 So Elle, since you're at the top, what's it like working with Nic?

EF: Nic is not a huge fan of lots of dialog. We don't talk much. It's more like, "Get to the point." We notice when there are scenes that are really long and are building up to that final thing you want to say, he's like, "Why do we need the build up? Let's just say it. Do the essentials. We don't need the excess."

Is that hard for you as an actress? Do you like the build up?

EF: When we were starting off in the first days with Nic it was like "Oh gosh." You have to get used to his style. But now I'm so in it with him. I'm so in the style. I just want to get to the point. On the weekends we talk about the scene and get together and rewrite. The other day he was like, "I don't like the ending. I'm going to change the ending. What if this doesn't happen at all." I was like, "What?!" You have to just trust him. He knows what he's doing. He's watching everything.

You said the scene you're shooting today is a reshoot of an earlier scene. Is that because of the new ending and are you doing more like this?

NWR: This is the only one we're doing. The ending is changing so much every day. It's like an ongoing discussion with the crew every day of who is going to die. I don't really know yet.

NWR: There's a constant evolution. It's hard to pinpoint a certain thing. Whether it's good or bad is irrelevant. It is what it's going to be. There are certain characters you end up liking more than other characters. Certain actors or actresses you realize are very good or not as good. They bring something else you never thought of.

Have you always had this philosophy of letting the film evolve as you make it?

NWR: It's always been there. When I was younger doing Pusher and those films I was all about reality. How real could I make it? The drugs were real. We were hitting each other for real. It couldn’t get real enough for me – which is of course ludicrous. But I was young and arrogant and so you do stupid things. Then Bronson changed everything in the kind of films I make. It's still the same process, but it's more about heightened reality than reality. 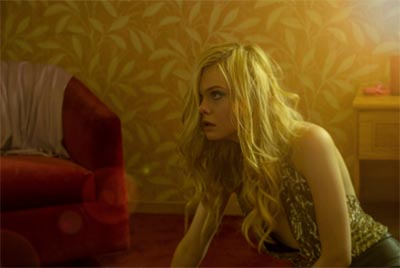 How collaborative have you been at figuring out this ending?

NWR: I'm very collaborative -- until I have to make a decision. It's great working with people because somebody might say something like, "That's great, but what about this detail?" or, "That's really bad. What if you did this?" Part of directing is also inspiring everyone else to do their best. I like that. "What do you think should happen? Well, what do you think should happen?" It's almost like an ongoing joke of what we think will happen.

EF: We put out a box of alternate endings and everyone on the crew wrote an ending that they wanted and put it in the box.

Would you ever consider shooting more than one ending?

NWR: No, no, no, nononono. There can only be one… as Keanu Reeves says.

And if that ending doesn't work out…?

NWR: I'm actually very addicted to the fear of failure. Fear of failure spawns creativity. The chief enemy of creativity is good taste. And so if you approach it like, "This is going to be my last movie, I might as well go all in." Because I have nothing else that is going to catch me. So at least if I have a punk rock attitude, the pleasure was all mine. I like the sense of being able to lose everything in a heartbeat, and yet regain it. It can be very emotional and physical.

EF: I've never done anything like this before. When I read the script I thought it was the wackiest thing I'd ever done. But I'm more excited about it. I love things that are drastically different form the normal stuff. We even -- if scenes feel too normal – we have to make them different. Like if this closet looks too normal--

NWR: We have to do something else.

EF: So it excited me more than anything. I don't think it will fail. It's a piece of art. Not everyone has to like it.