Fantasia 2016 Review: I, OLGA HEPNAROVA, A Meticulous And Confrontational Look At A Mass Murderer 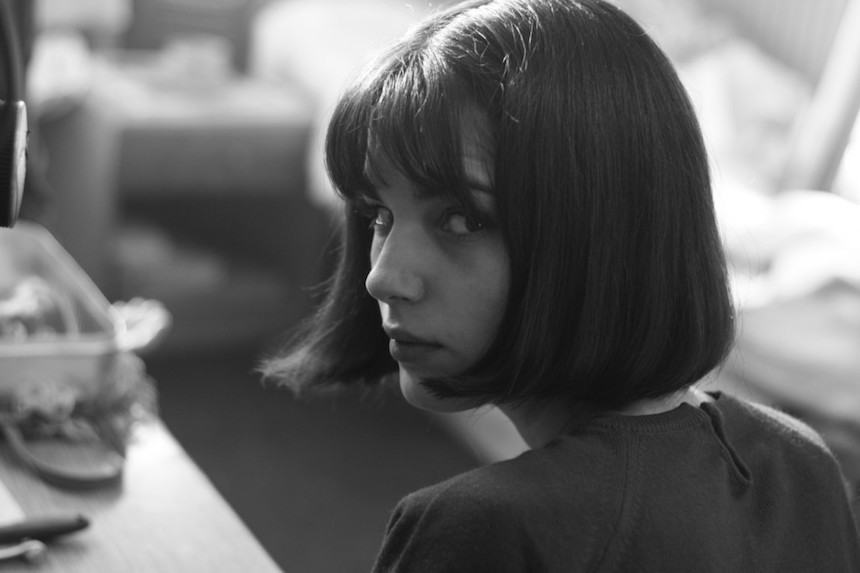 At one point over the course of this haunting and difficult film, the lead character is reading the Graham Greene novel, The Quiet American. She highlights a passage from the novel that is the lynchpin to understanding the unanswerable questions left after the experience of watching the film. “Time has its revenges, but revenge seems so often sour. Wouldn’t we all do better not trying to understand, accepting the fact that no human being will ever understand another, not a wife with a husband, nor a parent a child?"

One of the primary function of movies is to act as an empathy machine, a vehicle to allow us to understand and live in the skin of someone who we are not, or a situation so far from our own to help us broaden our understanding about the human condition. Thus, it is interesting when filmmakers challenge and constrain themselves by bucking against the natural tendency of the medium to make a film that takes empathy off the table.

One might point the the films of Michael Haneke as the most obvious case in point, as his films are stark, often oblique exercises in detached intellectual or historical (or both) circumstance culminating in brief, sharp moments of violence. Scholar Elsie Walker has a wonderful video essay that underscores Haneke's approach, particularly in films like Funny Games or Cache, are actually, ultimately, exercises in empathy, not lack thereof. Perhaps The White Ribbon, with its chilling portrait on the root psychology of 20th century madness. Perhaps. There is certainly a shared look, the crisp, precise black and white cinematography, that brings us to Petr Kazda and Tomás Weinreb's I, Olga Hepnarova.

A cinematic re-creation of a famous female killer in the Czech Republic who ran down 20 plus innocent bystanders in her truck just to declare that the world was not fair to those who are different. This is truly a task in non-empathy, and, I would argue that is a quite one successful insofar as I do not recall such direct confrontation of certain ideas handled in this forthright a fashion, even in films such as Gus Van Sant's Elephant or Denis Villeneuve's Polytechnique, perhaps the films closest analogues.

I, Olga Hepnarova pushes further in examining its central character the havoc she eventually wreaks. The film forces the viewer to face the fact that society will not, cannot be perfect, and innocent lives will suffer for this. Shaded with the recent, similar, incident in Nice, France, the film is a difficult viewing to say the least, and this is certain the intention.

The real life Olga Hepnarova declared, during her death sentence hearing, in 1973 that she was of sound mind, and that she knew exactly what she was doing. And that she wanted this to be a lesson to treat people nicer, or folks are going to be run over by people like her ("If they kill me, my crime will have greater value.") The film uses transcripts from her letters and court hearing verbatim. This has the curious effect of explicitly stating a thesis and flat out explaining it to the audience, and violating another sacred rule of cinema, that of 'show don't tell.' I, Olga Hepnarova shows and tells, and the blunt, leave nothing to the imagination telling is part of the confrontation matrix that the filmmakers are clearly striving for.

Opening in a state of funk in her well off existence, Olga is shown to immediate confront her family, and throw disdain on just about everything. Her mother choses to fire back with almost a challenging vitriol, Czech tough love, upon her first suicide attempt.

This is all starkly visualized with static, soundtrack free shots that take place entirely in the frame (think Swedish director Roy Andersson's boxed in, yet precise, mise-en-scene stripped of humour and rendered in sharp monochrome). While some camera movement does eventually work its way into the picture, the camera is mainly fixed in the manner that makes us stare, and the passage of time seem slower.

Michalina Olszanska, about a hundred and eighty degrees from her sensual, exuberant and larger-than life turn in The Lure, here is shown as waif-thin, tomboyish and striking with her bobbed pixie cut and subtle body language. She smokes cigarettes throughout the movie as almost a way to have something to do while casting scorn in all directions. It followers her from a privileged home where she attempts to poison herself and gets verbally castigated by her mother instead of a wordless hug. This might be out of tough love, but it feels, to this viewer at least, well enough on the wrong side of good parenting.

Easy judgement and oversimplification (judgement in shorthand) are some of the worst, but nevertheless real faults of the human condition; a small but systemic malfunction that can have serious consequences. The point is not lost that Olga will continue to poison herself, at least figuratively, when she is placed in a mental hospital for girls, before graduating to halfway house and finally working as a truck driver.

Each relationship and human interaction trails off into awkward discomfort (or flat out judgement by both sides). This is not Olga's fault, nor is it completely the fault of those around her, these situations in life never are, but rather a combination of her psychopathic distance and a subtle sensing of this by would-be lovers (of both genders), coworkers or friends.

Olga is not bullied in what we might think of as the 'conventional way,' albeit there is however one scene early on that does speak to shades of Brian De Palma's Carrie. People, mostly likely those in the audience of the film as well, simply do not know how to interact with her. And, ironically, it is their attempts at kindness, or at least tolerance, that cause the problem; a classic case of failure to communicate.

Over years and years of repeating this unfortunate malfunction, Olga is to indeed poison herself with the resolve towards her violent and cathartic act. Another film might end after this, leaving us with the mystery and horror of the situation. But here we also get the aftermath, which really is full underscore of everything up to that point. You do not walk away feeling self-satisfied in lessons learned.

Despite coming right out and having the lead character state her thesis on bullying, the word rendered in German, prügelknabe, is used in the films monologue, the most words Olga ever speaks in the picture, and it is interesting because it means both 'whipping boy' and 'beaten ones'. The experience of the film may be dire, but sometimes we need to be the prügelknabe of a film, if only that a film or piece of art teaches us simply what NOT to do. There are no answers in life, only choices.

Do you feel this content is inappropriate or infringes upon your rights? Click here to report it, or see our DMCA policy.
Black And WhiteCzechFantasia2016Olga Hepnarova

More about I, Olga Hepnarova